Serious Diagnosis for the Mexican Population

According to the Deloitte 2017 Global Healthcare Outlook, by 2020, 50 percent of global healthcare expenditure (around US$4 trillion) will be spent on three causes of death: cardiovascular diseases, cancer and respiratory diseases. Today, Mexico’s main health concerns pivot around endocrine disorders, cardiometabolic diseases and CNS conditions and finding cost-effective strategies to prevent, diagnose and treat these conditions. The main cause of death among the Mexican population in 2015, according to INEGI, were heart conditions, followed by diabetes mellitus and cancer.

Mexico’s top priorities can be categorized by age group. First, fight child obesity and teenage pregnancy to ensure the wellbeing of future generations. According to ENSANUT, the combined prevalence of obesity and overweight in children between the age of 5 and 11 is 33.2 percent. Second, address the increasing prevalence among an aging population of CNS diseases such as Alzheimer’s, diabetes and cardiovascular diseases. Third, educate the generation of young adults who are prone to diseases caused by unhealthy lifestyles. “We are shifting from infectious disease to chronic diseases,” says Oscar Parra, Managing Director of Mexico, Central America and Andes of Lundbeck. “Before, bacteria caused illnesses but now diabetes, cancer, depression and coronary diseases are more frequent. Mexico is a young country and the main driver for growth is its large population. Therefore, it is important that all decision-makers in this country realize that the young population needs to be healthy to be productive.”

In 2016, diabetes was the second-leading cause of death in Mexico, accounting for 14 percent of all deaths nationwide, according to the WHO report for that year. According to ENSANUT, the incidence of obesity among the Mexican adult population is 71 percent although that varies across the country depending on a number of factors, a situation that subsequently demands different tactics, making a concerted policy approach difficult. “There are very clear regional differences based on the cultural traits and customs of the population. For example, the folklore of each state has an impact on eating habits and this can vary widely across the country, requiring a different approach in each location,” says Erik Alexánderson, President of the Mexican Society of Cardiology (SMC).

The Mexican government is addressing the problem by implementing a special tax on production and services (IEPS) related to sugary drinks. In addition, the country is considering the possible application of a tax on products with a high sugar or fat content. But taxation alone will not solve a problem that begins with the population’s lack of knowledge about the disease and its causal factors.

NSANUT’s results showed that 76.3 percent of Mexicans do not know how many calories they should consume each day and only 14 percent of adults comply with the WHO’s suggestion of 150 minutes of exercise per week. Yet. the survey also revealed that 62.3 percent of the population considers they have healthy nutrition and 67.3 percent consider themselves physically active. 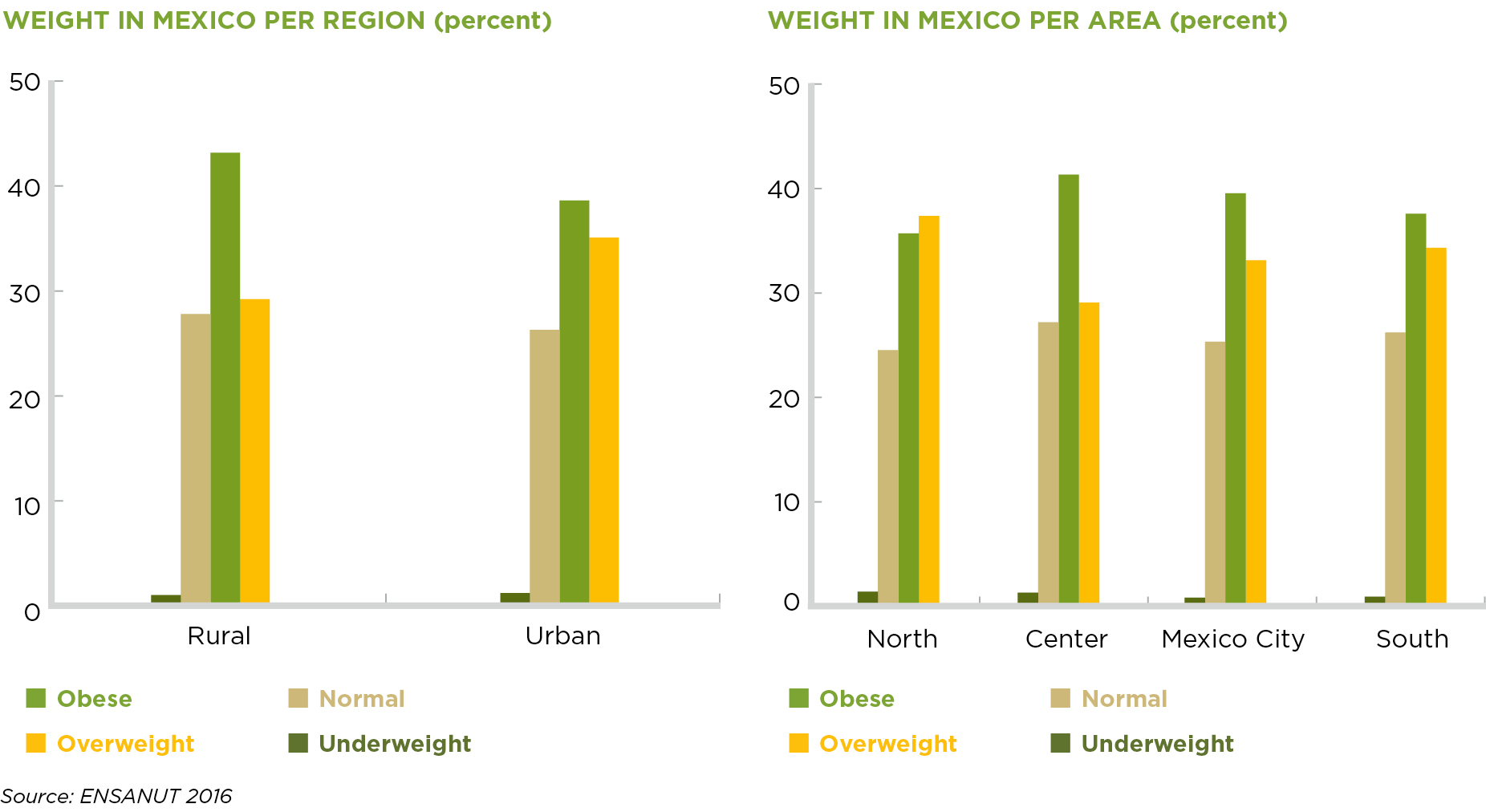 Another major concern, both at the health and social levels, is the high rate of adolescent pregnancies. According to the OECD report Society Glance 2016, Mexico ranks first among OECD countries in teenage pregnancy. Of every 1,000 babies born, 73.6 babies belong to teenage mothers between the age of 15 and 19, while the average for all OECD countries is 14 babies per 1,000.

In response, the government has adopted a national strategy for prevention of teenage pregnancy: ENAPEA, a program that was established to address this issue, targets zero pregnancies for ages 10 to 14 and a reduction by half for ages 15 to 19 by 2030. 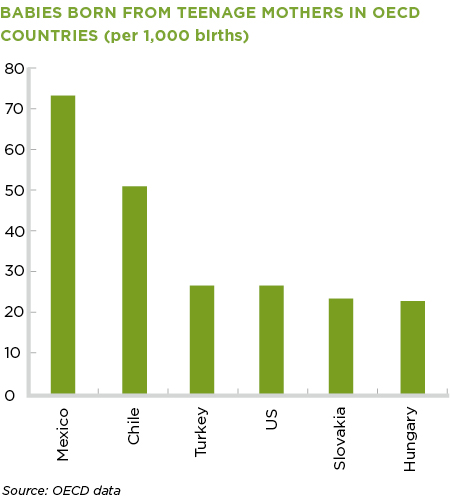 Regarding CNS conditions, the most recent National Survey of Psychiatric Epidemiology shows that 23 percent of the population suffers from a mental condition. According to the Mexican Health and Aging Study (ENASEM), which appeared in the World Alzheimer Report 2016, the prevalence of dementia was 6.1 percent in the population aged 60 and above. The study also found that diabetes and depression were a risk factor for this condition.

To face these health issues, the public healthcare systems are investing in prevention and early diagnoses to lower the costs of treatment, especially amid a rise in life expectancy. According to INEGI, life expectancy for Mexican men increased from 71 years in 2010 to 73 in 2016 and for Mexican women from 77 in 2010 to almost 78 in 2016. According to Deloitte’s Global Health Care Outlook 2017, life expectancy in Mexico is projected to increase by one year by 2020. The report estimates that by 2020, global health expenditure will climb to US$8.7 trillion, from US$7 trillion in 2015. Prevention and early diagnosis could help reduce this burden. “Mexico has done a great job in generating consciousness, due in part to the government’s sponsorship of a large number of campaigns, although there is still a great deal of work to do. Habits need to change, which is difficult,” says Carlos López, Director General of Mexican company Productos Medix, which is dedicated to fighting overweight and obesity.

The private sector also has a significant role to play in the landscape of prevention and care and partnerships between private and public companies have become strategic. “We are focusing more on improving our patients’ outcomes by helping institutions measure results and apply effective solutions, which gives us a competitive advantage. AMIIF and IMSS are also launching a project to prioritize a group of critical diseases in which they create rules so that the different companies offer sharedrisk models that can provide access to innovations,” says Alexis Serlin, Director General of global pharmaceutical and biotechnological company Novartis.

These initiatives and joint efforts between the private and public sector will be key to addressing Mexico’s main health concerns. “Private companies are changing from being providers to becoming partners,” says Fernando Oliveros, Vice President of Medtronic.