The sweeping reform of Mexico’s energy industry represents a historic opportunity for oil and gas companies. As the opening of Mexico’s energy sector to foreign investment grows closer to reality, many companies are poised to take their first steps into Mexico since its energy industry was nationalized in 1938. The timing could not be better, as Mexico is an attractive market with significant opportunities for inbound investment.

Mexico, the 15th largest economy in the world, has abundant natural resources, including both conventional and unconventional oil and natural gas reserves. Although the proposed energy-related reforms impact all areas throughout the oil and gas value chain, most US-based energy companies are naturally focused on gaining access to Mexico’s energy reserves.

The Mexican government is looking for direct investment of approximately US$350 billion in the next few years from outside the country to reinvigorate domestic energy production. The conservative goal is to generate a rise in GDP of approximately 1 percent per year in the early stages of reform, roughly equivalent to increased economic output of US$12 billion. Given Mexico’s substantial reserves and the interest among international energy companies, including many from the US, those objectives are definitely within reach.

Because existing natural gas availability is expected to fall short of demand from a growing population and industrialization, the country is increasing capacity for importing low-cost natural gas from the US. It is clear the Mexican government is moving ahead to develop new rules and to create the regulatory oversight necessary to manage a significantly different energy industry going forward. Foreign involvement in Mexico’s exploration and production (E&P) activity is expected to be focused first on deepwater and mature fields that are in need of further investment, as well as new technology to spur production. The opening of unconventional projects, especially onshore shale plays, is likely several years away. One often overlooked investment opportunity for the oil and gas industry is Mexico’s vastly underdeveloped midstream sector.

Capital investments in Mexico’s midstream segment could total US$17 billion over the next five years. The issue extends beyond a lack of facilities, as the transportation and storage business in Mexico is fragmented and unsophisticated. For example, PEMEX’s existing transportation network, which connects production centers with domestic refineries and export terminals, includes just over 3,000 miles of pipeline, mostly in southern Mexico, compared to the US total of about 91,732.6km of crude oil pipelines. For natural gas, Mexico has about 8046.7km of pipelines, while Texas alone has more than 93341.9km of natural gas pipelines. CFE is looking to expand natural gas import capacity substantially in the coming years.

The US$2.3 billion Los Ramones pipeline system project demonstrates a significant investment to ensure access to lower cost energy, a crucial component for petrochemical production and broader manufacturing growth. One of the largest infrastructure project investments in Mexico’s history, the pipeline extends from the Texas border to Central Mexico, with capacity to transport up to 2.1 billion cubic feet per day of natural gas to Mexico, supplying a fifth of the country’s total natural gas demand.

However, as new liquids production is brought online by foreign investment in E&P, significant investment in transportation and storage facilities will be required in locations that are underserved or currently not served at all. Without proper investment in the next few years, the transportation challenge that US producers faced in rapidly growing US shale plays may repeat itself in Mexico, with new production stranded from refineries and markets. Overall, it is expected that the lack of midstream infrastructure will quickly become an issue for E&P companies working in Mexico. The border region, defined as the 10 US and Mexican Border States, represents a combined population of nearly 100 million people and constitutes the world’s fourth largest economy. More than US$500 billion are traded in goods annually between Mexico and the US, which means commercial exchanges of almost US$1 million per minute. The five Mexican states  in the Rio Grande Basin — Durango, Chihuahua, Coahuila, Nuevo Leon and Tamaulipas — have a per capita GDP that is 2.3 times higher than that of the rest of the country. In Mexico as a whole, the middle class has grown to include as much as 40 percent of the population.

Bilateral cooperation is stronger than ever in areas such as infrastructure development, security and trade. The High Level Economic Dialogue (HLED) was established to forge a more competitive and dynamic economic relationship between both countries. The HLED establishes cooperation areas under the three broad pillars of promoting competitiveness and connectivity, partnering for regional and global leadership and fostering economic growth, productivity, entrepreneurship and innovation.

In 2010, the US and Mexico issued a Joint Declaration on 21st Century Border Management that acknowledged shared interests and recognized the need to fundamentally restructure the way we manage our border. Two of our countries’ most dynamic ports of entry are located on the US Southwest border. The San Ysidro Port of Entry on the Tijuana-San Diego border is the busiest land border crossing in the world. It processes an average of 50,000 northbound vehicles and 25,000 northbound pedestrians per day. On the Sonora-Arizona border, the Mariposa Port of Entry serves as the main port of entry for fresh produce entering the US from Mexico and the primary produce distribution point on the southern US border.

The Cross Border Xpress (CBX) sky bridge connecting a new passenger terminal in San Diego directly to the Tijuana International Airport (TIJ) opened for business in December 2015 to serve the 2 million annual TIJ passengers who already cross the US/Mexico border as part of their travels. TIJ serves more than 4.5 million passengers per year overall, flying to 34 destinations throughout Mexico operated by four major airlines. CBX is one of many projects making cross-border movement easier, and thereby aiding commerce, trade and economic development.

But the biggest news may be about border cargo. In June 2016, an agreement was reached to pay for the reconstruction and operation of the 112km Desert Line railway in southeastern San Diego County that connects Mexico maquiladoras to rail shipping in the US. “The landmark agreement between Pacific Imperial Railroad (PIR) and Baja California Railroad (Baja Rail) provides a huge economic boost to both sides of the border,” the San Diego Metropolitan Transit System (MTS) said in a news release. MTS has been the owner of the line since 1979 and approved the contract terms along with partners at the San Diego Regional Chamber of Commerce, PIR and Baja Rail.

The Cali-Baja region and US-Mexico binational economies lose US$6 billion annually due to long delays in getting trucks carrying freight across the US-Mexico land borders in San Diego, according to a study carried out by the San Diego Association of Governments. The Desert Line could change that in one fell swoop. Once work on the line is complete, it will allow trains up to 30 cars to travel on the line from Mexico to Coyote Wells. There, cars will be assembled into 100-car trains for delivery to the Union Pacific Railroad in Plaster City. To accommodate this activity, a new intermodal facility will be built in Coyote Wells by PIR.

Rail investments with the binational economy in mind are unfolding further east too, especially as the petrochemical sector south of the border opens up in the wake of new energy policy reforms. Much remains to be done but the level of ongoing cooperation between Mexico and the US on border issues is a testimony of the maturity and strength of the bilateral relationship. As Mexico continues to advance, so does our commitment to further the integration of the region and the development of both our communities, which have already been intertwined for centuries, toward a stronger global partnership. 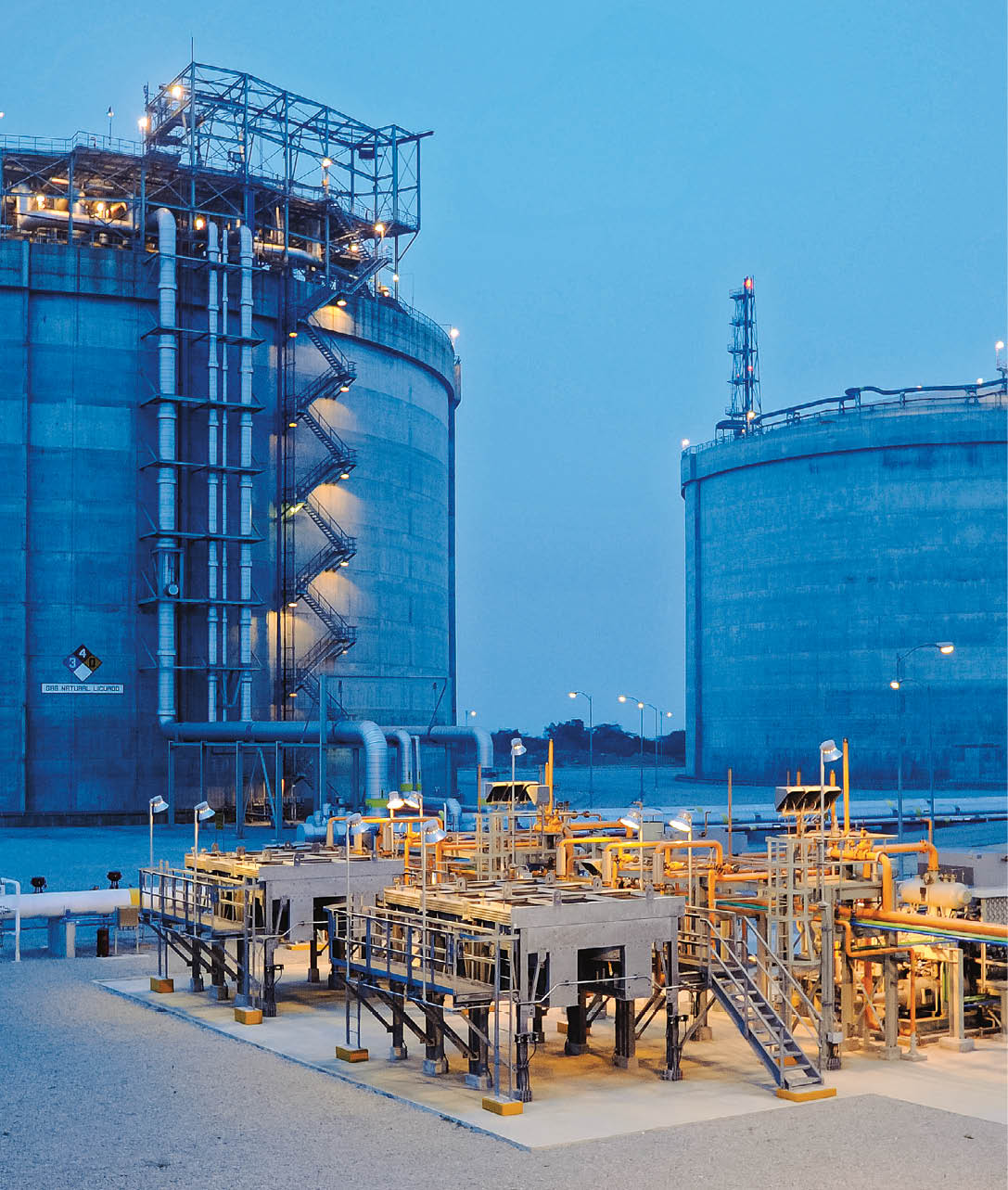