The construction sector was the main driver of Mexico's industrial activity during the second month of 2021. In February, Mexico’s industrial activity rose 0.4 percent over the previous month, once the economy was reactivated after the health contingency. "Private investment has stopped after several months of closure due to the pandemic. Many infrastructure projects have been postponed and, unfortunately, many have been cancelled," commented Francisco Javier Solares, President of the Mexican Chamber of the Construction Industry (CMIC), to El Universal, who also highlighted the importance of investment in the country, especially public investment. However, in his opinion, it will be necessary to continue working to recover investor confidence. "Industrial activity surprised the sector after a slight advance of 0.4 percent in the second month of the year. Several analysts expected negative figures due to the interruption of the electricity supply in the north of the country and the shortage of inputs for the automotive industry," Marcos Arias, Analyst at Grupo Financiero Monex, told El Economista.

The construction industry still reports difficulties after a 5.3 percent decrease in activity following 25 continuous months in negative territory. The manufacturing industry's downfall explains the situation with an annual reduction of 3.1 percent and the decline of generation, transmission and distribution of electrical energy, supply of water and gas through pipelines to the final consumer by 9.8 percent.

Eduardo Ramírez Leal, former President of CMIC, expressed to Obras Expansión that the government’s budget increment of approximately 8 percent in the Federation Expenditure Program is not enough to boost the industry. Ramírez mentions that the country lacks regional infrastructure's inclusion. In contrast, more than 2,000 construction MSMEs could be affected by the government's decision to choose the Army to develop several constructions like the Santa Lucia airport, the Mayan Train, hospitals and buildings of the Bank for Well-Being. CMIC estimates that in 2020, the GDP of the construction industry fell 15 percent, in addition to having lost between 200,000 and 300,000 jobs. 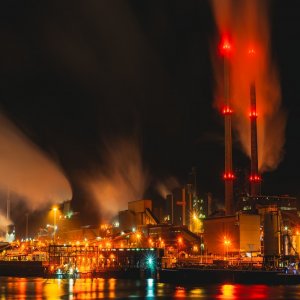 China Recovers Its Industrial Pulse, the World Takes a Breath