Q: How are companies in Mexico taking advantage of the PPP program?

SM: McBains has participated greatly in the UK health sector and looks to do the same in Latin America. When the first hospitals were announced under the PPP program, the company participated as a consultant and intermediary for UK companies. McBains has developed projects and is increasing its presence in Colombia, Peru, Chile, Uruguay and Brazil. We offer “boutique consulting” for PPPs in developing countries because we specialize in this.

SMR: The latest changes in Mexican law were made to facilitate this process and to increase the number of successful projects. The Ministry of Finance has noticed that in some regions, many state authorities interpret the PPP structure as financing when it should be used as a service. The Ministry is trying to regulate these situations. The projects that win PPPs are often those offering the highest quality service at the lowest price. In Latin American countries PPPs are still seen as extremely exclusive structures, while others use PPPs even for small projects. Latin American countries have not reached the point in which a small level of investment will provide a wide variety of services.

Q: What type of infrastructure could the PPP program facilitate that would have a social impact on Mexico’s development?

SMR: By looking at the global context we can identify the possible social impacts PPP projects will have in Mexico. McBains has been involved in educational infrastructure and in Greece it took part in a PPP project for the development of high schools. In Mexico there was a similar project in which construction firm ICA hired consultants to create a PPP program for the development of new high schools and the final product was incredible. Prestigious architects like Billy Springal designed beautiful learning facilities, yet the financial model was not attractive to the private sector due to its simplicity. Nevertheless, the private sector could be involved in the surrounding services such as parking lots and internal services.

SM: The educational sector creates a wide array of opportunities, from installation to the formation of other educational services. Penitentiary systems usually have numerous contracts to undertake a variety of services and it would be much easier to have one contract that integrates services and essential components into one. Contract integration is attractive to companies because it reduces costs, increases profit margins, eliminates overly complicated processes and increases transparency. It also limits constant negotiation between government divisions.

Q: How will the economic situation and the creation of new investment vehicles impact the development of general infrastructure?

SM: In comparison with the rest of Latin America, Mexico has the highest growth potential and the greatest number of opportunities as a result of a combination of political, social and economic factors. For the past few years, Mexico has maintained strong fiscal and monetary discipline that has attracted investment. On an international level, Mexico has to compete against countries that are not as dependent on the oil industry and despite the fact that the drop in oil prices has had a considerable effect on the country, Mexico’s dependency has decreased significantly over time. Authorities have had to implement different strategies such as strengthening fiscal policy with companies as a way of reducing costs, increasing productivity and improving quality of products and services.

SMR: It is important to pay close attention to how investment will flow into the country. The biggest problem in the allocation of funds is that companies create shareholders for each budget and these are normally governmental institutions that receive part of the budget, such as unions. When working with unions, a company cannot cut salaries or end contracts because workers are protected and this makes budgeting less flexible. The financial sector is one of the most modernized sectors in the country and the development of Fibras aspires to make infrastructure investment more flexible. These financial structures are being used as a way to increase the amount of investment in infrastructure, as well as to attract foreign capital. These financial vehicles will offer businesses more flexibility but the most important trigger will always be investment and growth expectations. The effect the Mexican peso depreciation will have on its industries depends on how globalized the market is. There will be pressure regarding exchange rates but fortunately Mexico has abundant reserves. In times of economic instability, the majority of the projects are postponed because the government focuses all its resources on education, health and security.

Q: What approach is Mexico taking in transforming brownfield areas and in urban regeneration?

SM: Urban regeneration is a popular practice in Europe and there is a public policy that encourages the transformation of industrial areas into housing in Mexico. There are few examples of urban regeneration in Mexico City but it should be implemented and monitored by the government. This type of urbanization is one of the most sustainable approaches to restoring cities. Mexico is reluctant to invest in urban planning and development and although McBains Cooper yearns to participate in the development of master plans, lack of planning is predominant within the culture. Planning is an essential factor for the success of a project, yet Mexico does not give it the importance it deserves.

SMR: Although the public sector is promoting these projects through policies, the private sector is developing them since these are the players who encounter the need to transform spaces to make a profit. The private sector sees it as a way of making money and not so much as something that will create infrastructure to help the population. Governmental entities like CONAVI are aiming to make land more accessible for housing developments, promoting multipurpose constructions and diversifying the city in the hope it will reduce urban sprawl. This is a niche that will continue to create new opportunities and McBains wants to seize them, given that there are a limited number of firms engaged in urban regeneration.

SMR: McBains is extremely interested in Mexico City’s development because it is one of the cities that is constantly changing in Latin America and is always searching for new methods of coexistence that incorporate urban development. Mexico City wants to create more citizenfriendly environments by developing bikeways, green spaces and inclusive spaces. The development of a newsletter called Espacio Urbano in El Financiero was intended to merge a variety of ideas for the renovation of the city.

SMThe biggest shifts will be seen in the largest cities because the renovation of municipalities typically has a much greater delay. The pressure the population creates accelerates the development of cities and solutions. We have been involved in various projects including the Corredor Cultural Chapultepec and we have been invited to forums to give opinions for the transformation the Zona Rosa area. Unlike cities like New York, Mexico City lacks space for commercial use. The people who work in Reforma are forced to travel from Juarez, Condesa, Zona Rosa or the other side of Circuito. Mexico is growing and is beginning to take its place within the international market. McBains offers international practices, which is something highly demanded by companies in Mexico City and our expertise in markets yet to be developed in Mexico will allow us to integrate into both the public and private sectors. 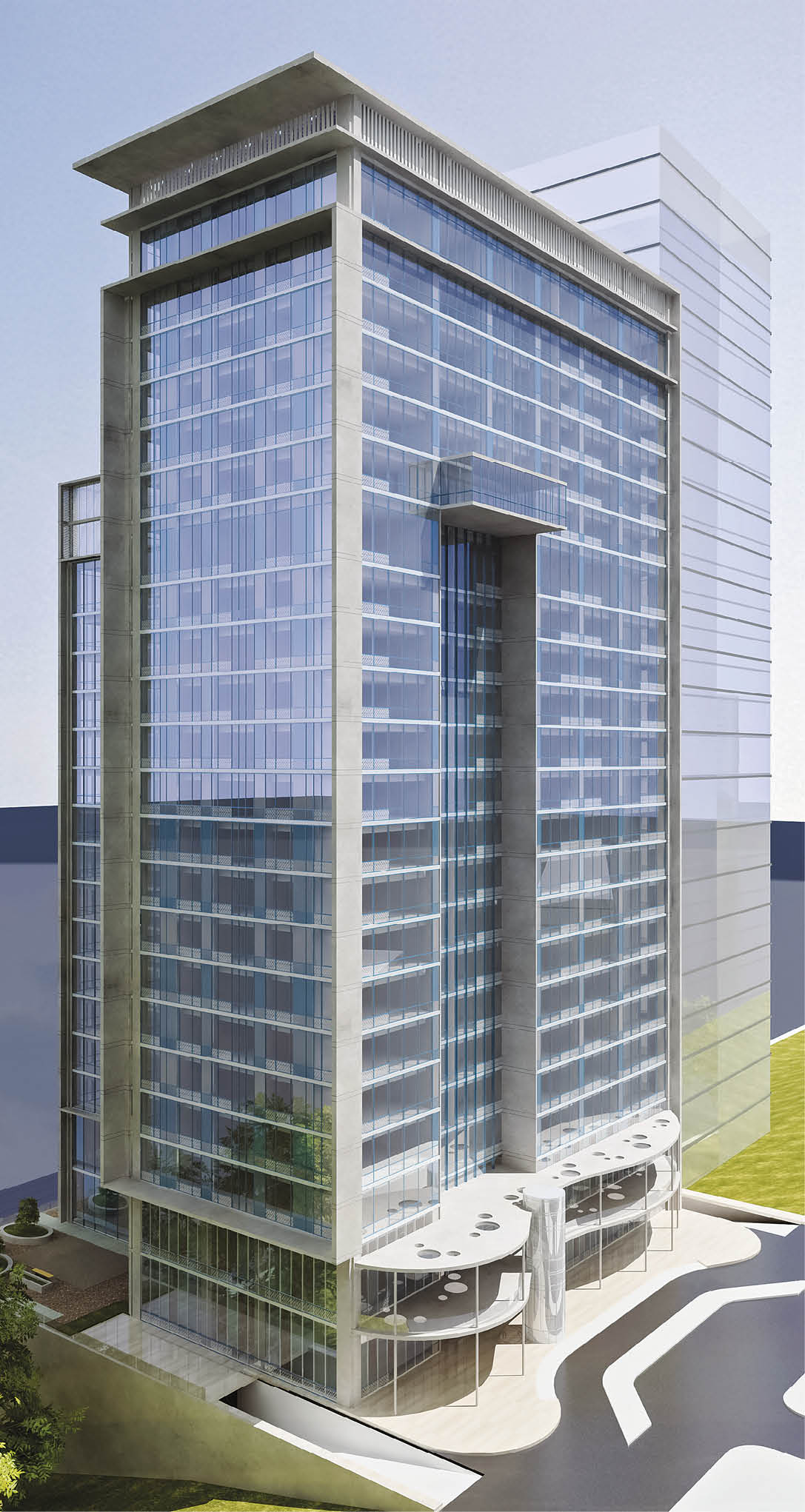