Despite the growing number of disputes surrounding the Mayan Train, President López Obrador affirmed that the construction continues without setbacks and assured that the project will be inaugurated in 2023. However, experts assured that the development of none of the train’s five sections shows significant progress. The project may therefore require more time.

The Mayan Train is perhaps López Obrador's most controversial prize infrastructure project, as various civic organizations, communities, ejidos and companies have protested its development and the way the government is handling it. However, the president assured that despite these issues, the 1,554 km of the train, which passes through Tabasco, Campeche, Yucatan, Quintana Roo and Chiapas, will be fully operational in 2023. “Even with several obstacles, we are going to fulfill the commitment to inaugurate the most anticipated project, the Mayan Train, in December 2023,'' said López Obrador.

Among the most recent controversies is that five ejidos of Chetumal, Quintana Roo have opposed the Mayan Train, so the Xpujil section is still unable to connect with the rest of the project. The president said that if the opposition persists, the Right of Way will be valid so that the project can continue as planned. In addition, the government will seek conciliation with the ejidos.

Another issue is that the National Fund for Tourism Promotion (FONATUR) said that the project struggles to purchase sufficient ballast, a key material to support and establish the crossings. Previously, the National Defense Ministry (SEDENA) said the government needed some 200,000m³ of ballast to complete the train.

President López Obrador announced that the government will probably buy ballast from Cuba for the construction of the Mayan Train. However, port logistics also represents a challenge as it had been planned to use a Vulcan Materials port, a company that filed an international lawsuit against the government. The authorities have proposed other alternative ports in Veracruz. However, the transfer significantly increases costs.

In addition, the latest document sent to the Chamber of Deputies highlighted that the five sections are behind schedule. Forbes Mexico reported that sections 5, 6 and 7 report low construction progress. In addition, only one of the 36 studies planned to analyze the environmental, urban and territorial impact of the project has been completed.

Furthermore, the consortium comprising Grupo México and Acciona Infraestructura announced this week that it will sue the Mexican government for the cancellation of the companies’ construction contract for Section 5 South of the Mayan Train. The problem started in July 2022, when the government announced that the Ministry of Defense (SEDENA) would develop sections 5, 6 and 7 instead, to finish the project in July 2023. After SEDENA took control of the project, it hired Mota-Engil, ICA and Azvindi to construct the new route that was moved inside the jungle environment. 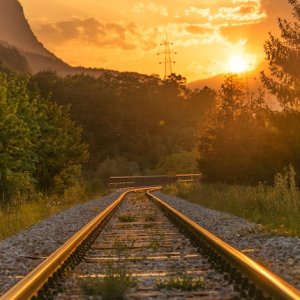 The Inauguration of the Mayan Train Might Be Delayed