As money continues to pour into Queretaro’s automotive sector, one of the state’s biggest industrial parks is banking on a bigger slice of the market. But a major barrier may pose a challenge: infrastructure. For foreign manufacturers looking to establish a foothold in Mexico, the state offers attractive conditions, including good security and a prime location in Mexico’s central region. Víctor Mena, Director General of Parque Industrial Querétaro, believes the biggest hurdle Queretaro faces is having a functioning infrastructure to address ongoing growth. An important element to accelerate the industry ́s expansion is connectivity, he says, citing roads and railways. This would give the park the ability to handle larger cargo operations to supply the US, the main recipient of automotive exports.

“The park has a prime position equidistant to all the important assembly plants in the region, giving it a competitive advantage in logistics,” Mena says. “Having an efficient park management that provides comfortable and convenient installations is important to attract new companies to our facilities.” Most auto-related manufacturers export their products, mostly to the US. The park collaborates with local companies and the state government to find methods of optimizing logistics and manufacturing operations. These include providing optimal security, garbage disposal and water management services.

Roads are also a big issue. To solve its traffic problems, the park is designing a new road plan with the government, which has proven to be a challenge. “Coordinating the construction with three different government levels is an intricate process,” says Mena. “Normally, we do not have important participation in these types of projects but we do play an important role in the planning process and in the definition of the needed infrastructure.”

Mexico’s industrial and manufacturing sectors are growing, underpinning the country’s GDP. The biggest contributor among states last year was Queretaro, which surpassed growth expectations in 2015 with an 8.8 percent GDP rate. Grupo Financiero Banamex had forecast a 5.8 percent rise. With over 135 companies in place, Parque Industrial contributed about 10 percent of last year’s figure. The park houses companies that are ranked among the top 500 international enterprises, giving it the largest concentration of international corporations in the state.

Rapid growth, however, comes with challenges. “Companies in various industrial areas or hubs suffer from water and energy shortages due to insufficient infrastructure,” says Mena. The park has created two energy plants and two electric substations powered by three different lines. The two substations are interconnected to ensure a constant supply without surging. “We are also starting a clean-energy industrial project that will create 20MW from solar energy and 40MW from a combined cycle plant,” he adds. Apart from road infrastructure, the park is developing a plantoofferhousingandotherservicesforthepark’s employees.

Parque Industrial Querétaro occupies about 650Ha and has ambitious plans to keep growing. It is targeting an additional 75 hectares by 2016 and another 100Ha by 2017. “We have been working arduously to ensure our park has the necessary infrastructure and services to support such a large conglomeration of companies,” Mena says. The park has a commuter transportation service on site, which reduces the number of cars in the surrounding area. A 25km bicycle lane has also improved mobility. “The industry has worked in harmony with local authorities for the past 25 years and together we have done a great job promoting growth,” says Mena about attracting new players to the Mexican market. 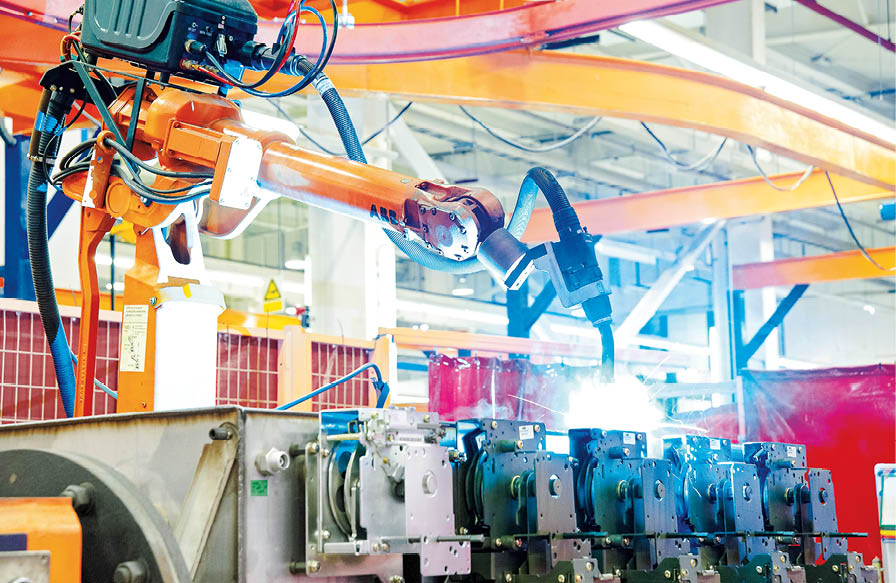