Mexico's strategic location has allowed it to capitalize on about 80 percent of global nearshoring opportunities. Experts agree that Mexico's nearshoring potential is unmatched, but has been held back by the country's energy policies, lack of infrastructure and suitable working talent.

According to a report by the estate firm Newmark, about 80 percent of US manufacturing companies operating in China have decided to move their operations abroad to North America. In the region, Mexico has been the country that has attracted the most opportunities. "We could say we are in the fourth wave of nearshoring, which we may also call friendshoring, as this involves not only economic issues but geopolitical problems, too. However, we must be in control of this real estate niche since between 80 and 85 percent of the nearshoring benefit is moving to Mexico," said Javier Camarena, CEO, Meor.

Carlos Serrano, Chief Economist, BBVA, noted that while many foreign companies are interested in Mexico, the lack of clean energy and incentives is slowing their arrival. “More and more companies are under pressure from their shareholders to produce products with less polluting energy. The fact that the country cannot guarantee that its electricity is clean, such as with wind or solar, means that all the investment that should reach the country does not arrive,” said Serrano.

Moreover, Jonathan Pomerantz, Commercial and Investment Director, Meor, said the country is missing out on opportunities due to the lack of industrial space, infrastructure for water and electricity services and labor, MBN previously reported. For instance, in Monterrey, 25 Asian companies have announced their willingness to locate or expand their operations. These companies are expected to demand around 200,000m2 of industrial space. However, the city's supply for these companies was only 102,000m2 in 3Q22.

Despite the challenges, experts believe Mexico will remain attractive for nearshoring for at least the next five years. In addition, Meor highlighted that since the main northern states face industrial space challenges, secondary markets in cities such as Mexicali or Hermosillo will be created and boosted. 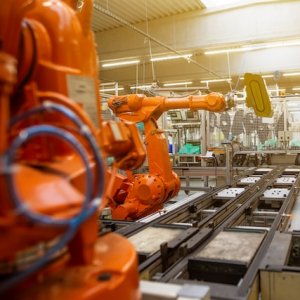 Mexico Attracts Most Nearshoring Opportunities in the Region