Social infrastructure directly impacts a city’s sustainability but developing this infrastructure is no easy task. Hospitals, fire departments, museums – these all require significant investment. To allow social infrastructure to flourish, many countries in Latin America are turning to partnerships between public and private entities, or PPPs, says consultancy Currie & Brown of its core business in the region. In Mexico, Currie & Brown has helped reshape the supporting regulatory framework for these partnerships to succeed.

“It is important to make commercial banks understand the importance of the sector and project finance, and the government must understand that once a social project is launched it demands a long-term commitment throughout the lifecycle of the asset,” says Miguel Donovan, Director of Currie & Brown. Prisons, courthouses, police stations, hospitals and schools require long-term maintenance to secure the value of assets. This requires adequate financing and maturity from the government’s side for the successful creation of social infrastructure PPP projects.

Mexico took a shot at its first PPP for social infrastructure in 2002 and although the market responded with just one bidder, improvements in the process have increased the number of bidders in recent projects. The Mexican PPP model is a bit different and that has been a hurdle for some companies. “The key factor to remember is that the private partner provides supporting services. In a hospital, the private sector provides everything except the doctors,” says Donovan. Defining clear roles is crucial to the successful development of a project and the government should clarify the needs and demands of any infrastructure development.

The process for developing social infrastructure also is far more complex than that of a linear infrastructure project such as a road. Social infrastructure has several variables that must be taken into account, especially since the public sector is not as accustomed to planning as the private sector. To participate in such developments, the private sector needs a guaranteed return on investment (ROI) and clear demand, whereas the public sector is accustomed to structuring demand based on the size of the budget or the speed in which the project will be completed. Differences in planning and in the results expected often increase the complexity of PPP projects. The industry wants unsolicited proposals to be adapted but because they work best with self-funded projects in which the need is clear and a solution is at hand, they are far more intricate to implement. As a result, the only action the government should take is to grant companies permission to carry on since the private sector assumes all risk.

Currie & Brown’s extensive experience in developing successful social infrastructure dates back to their first PPP pilot project, the Bajio Hospital, which became the first social infrastructure PPP building in Latin America. That project helped strengthen collaboration between the Ministry of Health and the private sector and paved the way for the development of other infrastructure under the PPP plan in the cities of Victoria, Ixtapaluca, Culiacan, Chihuahua, Acapulco, and Torreon. These hospital projects encouraged the industry to reach out to other strategic sectors like education. “The private sector must understand that it forms part of the service cycle, which includes the equipment, facilities, service providers and end users,” Donovan says. With projects of this nature, Currie & Brown supports and challenges the government in its planning process, helps the private sector understand the social requirements and at the same time ensures the projects are both productive and profitable.

PPPs have enabled transformation of Mexico’s social infrastructure landscape and they contribute to both the social and economic development of the country, Donovan says. PPPs are meant to be long-term concessions or contractual agreements between the private and public sectors, designed to deliver services for the construction or operation of assets. They create enormous opportunities for the infrastructure industry and will expedite the development of social infrastructure to satisfy the needs of the population.

Donovan shares that PPPs differ from country to country because local business culture and legal frameworks vary. There are many elements that come into play and it is difficult to bring a common law contract as found in the UK, Canada and Australia to a civil type of public contract found in Mexico. “Most PPP programs evolve according to the maturity of the markets involved, which include the banking system, insurance market and the supply chain that deal with the concessionaries, developers and operators of the long-term assets,” he says. “All these variables must reach maturity to have a successful PPP scheme. Mexico has taken an important step in the right direction for nontraditional infrastructure by improving the existing model for longterm investments. A successful PPP model must bear in mind the capabilities of the government and the maturity of the supply chain and the Mexican model is one of the most successful programs in Latin America. Maturity is vital for the PPP model because it is the deciding factor for innovating and improving the plan.”

Mexico is approaching a point where the finance market should be involved in every process of a project and construction companies should not fully lead the contracts, according to Donovan. He believes that financial institutions, pension funds and new financial tools have a better grasp of long-term concerns and of mitigating risk and the financial world should be ready to shoulder a bit more responsibility. “The PPP model in Mexico is being reshaped and the results are shown in the number of bidders,” he says. “The first PPP for social infrastructure only received one bidder and this reflects the limited conditions in 2003-2005, while the most recent project had 12 bidders.”

The reform of subnational debt, which imposes financial discipline, is sure to motivate states to improve their risk evaluation. Traditionally, local authorities have adopted unconventional practices regarding their short and longterm debt through the use of federal resources. The new restrictions will force states to improve their risk profile and it will be clearer for financial institutions and credit rating agencies to assess how the authorities treat their long-term commitments. “By having more discipline, the states will attract more investment, although some will not see the benefits in the short-term because they are already in a serious debt loop and they must at the same time uphold their public and social obligations,” he says. “State authorities must handle their finances and existing debt, and at the same time build the social infrastructure requirements.”

As a Scottish-born company Currie & Brown has a track record in the energy industry, particularly in the renewables sector. Donovan hopes the company can increase its participation in this industry since he believes that renewables bring the most innovation to development structure. “One of the projects that had a deep social and cultural impact was the Cultural Center in Texcoco,” he shares. “It is the first cultural infrastructure project to be developed in Latin America under the PPP scheme and fosters cultural and social development in an underprivileged region. Governments from emerging markets like Mexico rarely invest in culture given the limited resources and other pressing priorities, which is why this project is so important.” Another important project is the refurbishment and upgrade of medical services of PPP hospitals, and the improvement has been dramatic. Currie & Brown wishes to increase its participation in asset management and be involved even more in long-term concessions. 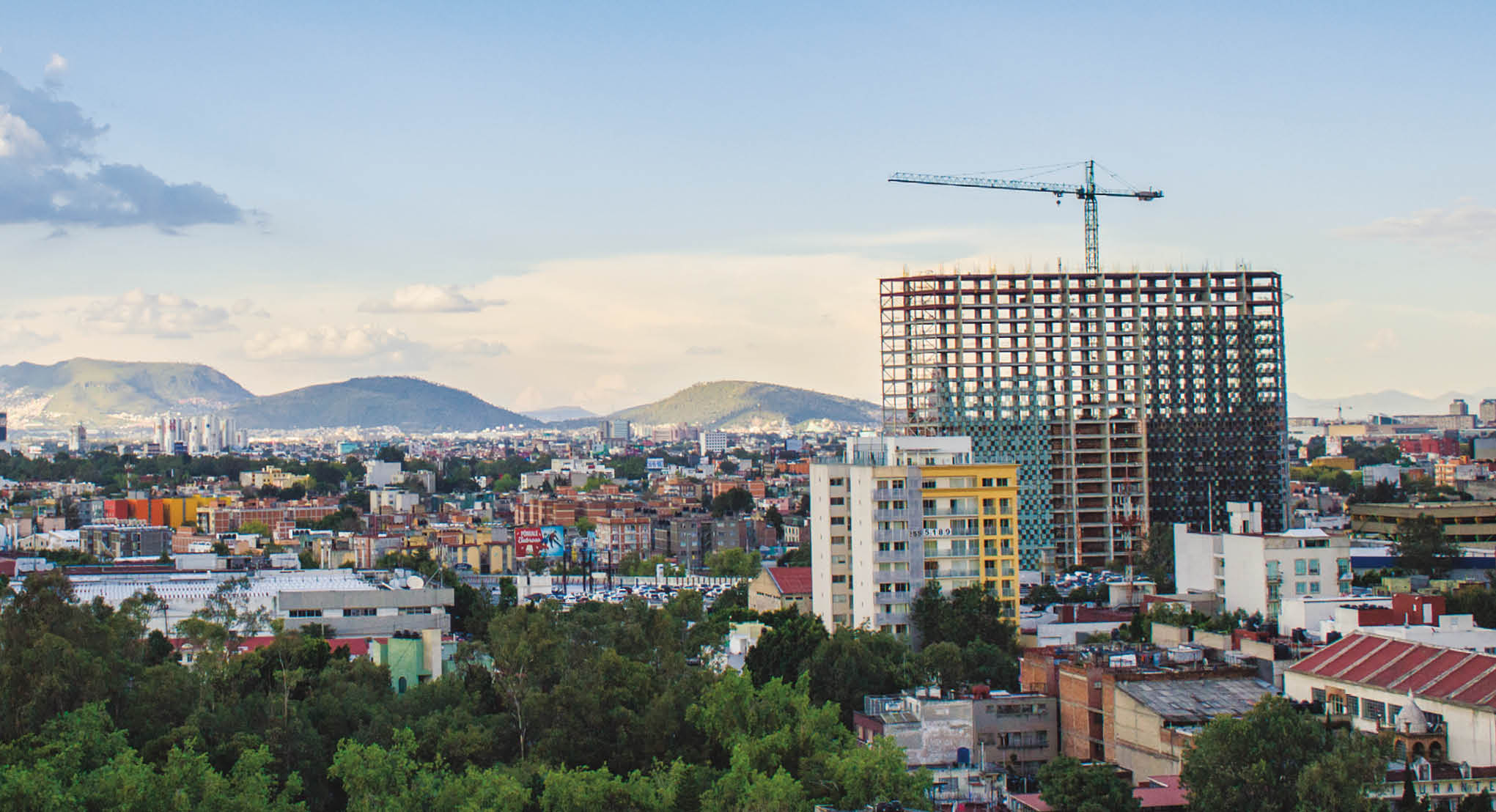