From port to port, region to region and even country to country, railroads are integral cogs in the machinery that transports goods from here to there. An efficient freight

164 rail system can reduce costs and improve delivery times. Mexico’s freight rail lines enjoy a high global ranking and the AMF industry group says private investment is a big reason for that. “The management of the Mexican railroad freight transportation system by the private sector has been the catalyst for the success of the Mexican railway,” says Iker de Luisa, Director General of the Mexican Association of Railways(AMF).This is illustrated in the investments made by a number of railroad-dependent industries, such as automotive, with 70 percent of the 4 million cars produced in Mexico each year exported through railway freight.

Mexico’s railroad system is the 11th largest worldwide in terms of tonnage of transported freight, according to the OECD. It surpasses Spain, Italy, the UK and Austria, which all are known to have an extensive railway history. The size of the country and population play a role in its ranking but a critical factor is the system’s connectivity. It shares five cross-border gateways with the US and is linked to Canadian railroads. De Luisa says the railway relationship between these countries is extremely efficient due to common infrastructure specifications and standards.

AMF consists of three railroad segments. The first is freight, which has been privately operated through government- granted concessions since 1996. Passenger transportation consists of metros, subways and suburban transport. While the metro and subway systems are operated by public agencies, suburban transport is privately managed through concessions. Suppliers are the final segment. They include engineering firms and construction companies that manufacture locomotives, railcars and other rail components.

Across industries, and particularly in the transportation segment, the lack of adequate infrastructure is among the most significant challenges, says de Luisa. The growth of urban populations and the boom in the automotive market has resulted in prolonged commuting times, which

amplifies the problem. More development is needed and AMF wants to make sure it has a say in the direction that development takes. To that end, the association is a member of the Mexican Council of Transportation, which includes the Trucking Association and Maritime Association, among others. “This multidisciplinary council allows us to form an integrated view on challenges related to infrastructure development,” says de Luisa.

While the railway system plays a crucial role for industry, particularly the agricultural and automotive sectors, de Luisa believes that companies should diversify their options to make efficient use of the available infrastructure. Strengths can vary across transportation methods, with trucks moving cargo much faster from one location to another, while railway transportation can move higher volumes of cargo. “Each industry should use a combination of transportation means to decrease inventories, benefit from the fastest routes and capitalize on the lowest cost possible,” says de Luisa.

The key is intermodal transport through which cargo can be moved from railway to road transport or from maritime to road. An inherent benefit of intermodal transport is that no rail infrastructure needs to be built directly next to plants. While an auto assembly plant or a chemical complex with large-scale industrial production may choose to do so, smaller or medium-sized shippers may not have the resources. In essence, the only requirement from such firms is a cross dock facility or terminal at a distance of 50-100km.

For the moment, the rail industry’s focus is on urban transportation to improve Mexico’s quality of life and increase connectivity between cities. The Mexico City subway system is ranked eighth in the world in terms of passengers per day and the light-rail in Guadalajara is viewed as a success for urban transportation systems in the country.

Another interesting case of Mexico’s innovative transport is Monterrey metro, the Metrorrey, which is internationally renowned because it runs on energy converted from urban waste. “Naturally, urban transportation projects are not without their challenges but important things are happening on this front,” de Luisa says. Another project that is under construction is the Toluca-Mexico City intercity railway, which essentially bridges the gap between both metropolitan areas across the narrow La Marquesa national park. This project is of significant social importance as travel time will be greatly reduced for a cross-sector of 250,000 people.

Government reforms implemented in 2015 have put the sector on a promising path, de Luisa says, noting that debate in the sector helped inform the new regulations.“Ultimately this contributed to the enactment of legislation that is sound, protects investment and offers a promising future to the railroad industry,” de Luisa says. Some elements of the reform package are still in progress and yet to be cemented, such as the creation of a regulatory body. There also will be secondary legislation and AMF is hoping it will align with the initial legislation. 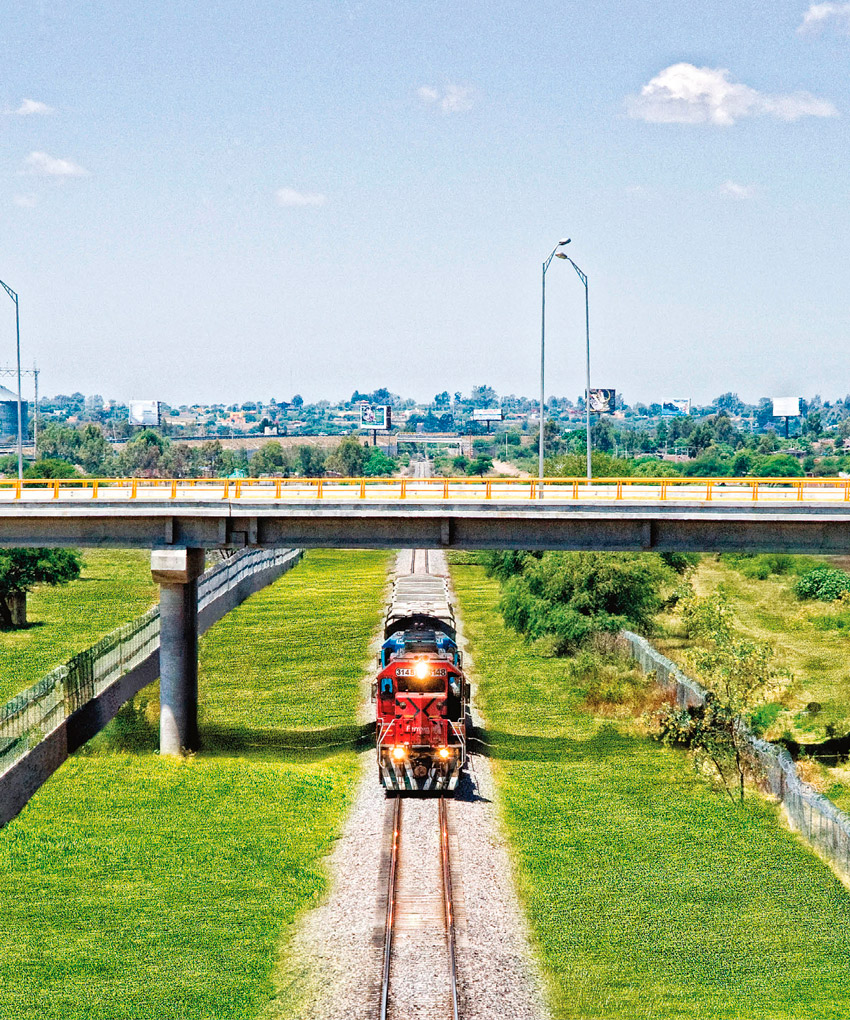