The Sharing Economy Creating Waves in Urban Planning and Mobility

Mexico is a predominantly young country and the habits of this age bracket are quickly changing the economy. The popularity of platforms that eliminate the need to purchase a car or a home has led to an expansion of the sharing economy and Latin America is starting to join the movement, with Brazil and Mexico at the helm

According to Investopedia, the sharing economy is an economic model in which individuals are able to borrow or rent assets owned by others. These business models are typically developed through online platforms or applications. It is a relatively young system as many of its initiatives were created in the last five years. But the areas of opportunities are endless for both the public and private sector. The National League of Cities states in its report Cities,

The Sharing Economy and What’s Next, that authorities often assume that these services are limited to ridesharing and home-sharing but are unaware of the wide range of sharing possibilities. “Municipalities, for example, can even share heavy equipment, reducing overall expenditures and providing needed tools that might otherwise have been unavailable,” the report says. PwC projects that that the five key sharing sectors – travel, car-sharing, finance, staffing, and music and video streaming – have the potential to reach a global revenue of US$335 billion by 2025.

THE TRANSFORMATION OF REAL ESTATE

Companies are quickly becoming aware of the changes the sharing economy is creating in people’s habits and are rushing to adapt their products and services to the new reality, including in real estate. Major developer GVA, for example, has stated its commitment to understanding and meeting the needs of newer generations. “Millennials do not want to be locked in an office and they seek through the use of technology new ways to work and interact,” says Andrés Gómez, President and CEO of GVA. “They are now freer to travel around the world and work from their laptops. This means that they are looking for accommodations that suit their lifestyles. We are transitioning toward this reality by taking a plunge into the concept of shared living, an element of the sharing economy trend driven by companies like Uber and AirBnB.”

According to GVA, shared living spaces allow individuals to rent spaces for days or weeks at a time without a contract or financial commitments. The company’s initiative for shared living spaces is one of many that are starting to appear around the world. James Scott, COO of The Collective, a co-living startup based in London, said in an interview with architecture and design magazine Dezeen, “In the future, we will all be homeless.” He explains that the median age of marriage has shifted from 20 to 29 in the last four decades and that it is one of many factors pushing young people to settle down at a later age. He predicts that housing will eventually shift toward a model of subscription homes or the provision of living as a service. According to The Collective’s website, London is only the beginning and it aspires to expand to other cities around the world and redefine the way people choose to live, work and play. The rise of coliving may not be so far off in Mexico as the capital has already incorporated the use of co-working spaces such as Impact Hub and We Work.

Just as home-sharing services are impacting the face of real estate, car-sharing services and alternative transportation platforms are changing the focus of the mobility sector. “The global trend is to offer mobility as a service,” says Laura Ballesteros, Deputy Minister of Planning at SEMOVI. “The average person does not own a car in Mexico City. These people represent 60 percent of the population and they travel four times a day using a different mobility system.” In Latin America, transportation is the second-biggest sector among sharing-economy initiatives, according to IE Business School.

Uber proved Mexico’s potential to adopt the sharing-economy principles in mobility as Mexico City is the company’s busiest city in the world, followed by Sao Paulo. In August 2016, the company registered 45 million trips in Latin America. The app is present in 36 Mexican cities and is continuously increasing its reach, although Uber took a hit in September 2017 when London decided not to renew the company’s license to operate. Some speculate the move could open doors for other cities to ban the application as well. But, according to Vicente Torres, Director General of PTV Group América Latina, Uber is only the beginning of what the sharing economy can do in terms of mobility. “Uber was able to provide a short-term service but now the big OEMs are waking up to the trend,” he says. “Ford has already stated it is no longer a car-making company but a mobility-services provider and the new Ford CEO came from the Ford Smart Mobility Division. That is a message to the market.”

Along with car-sharing, alternative modes of transportation are joining the movement. Public bike systems are becoming increasingly popular. Mexico City alone hosts one of the biggest bike-sharing programs in the world, Ecobici. In the last six years, the platform has provided 36 million trips and offers 6,500 bicycles in the capital.

THE BEGINNING OF A NEW PHASE

Developing countries may just have the upper hand when it comes to the rise of the sharing economy as the infrastructure gaps in these regions can often be an advantage. “The lack of infrastructure is both a liability and a potential asset,” Jeremy Rifkin, author and adviser to the European Union, told the Huffington Post.

“It is often cheaper and quicker to erect virgin infrastructure than to reconfigure existing infrastructure.” Vicente Torres, Director General of smart mobility software company PTV Group América Latina, uses the example of the telecommunications boom in Africa. “There were no landlines and the investment was never made to build the network,” he says. “Instead the country did leap-frogged right into cellphone technology by simply installing some towers.” He believes that smart mobility in Latin America will work on the same premise.

Mexico takes second place in Latin America among countries with the greatest number of sharing-economy initiatives after Brazil, according to a 2016 report on the sharing economy in the region written by IE Business School and the Multilateral Investment Fund (FOMIN). Brazil, Mexico, Argentina and Peru hold 69 percent of the sharing-economy initiatives recorded by the report. Brigit Helms, General Manager of FOMIN, says the sharing economy has the potential to generate a wide variety of benefits to the region, including the reduction of environmental impacts, promoting access to new services and products and facilitating a more equitable distribution of wealth.

The rise of sharing-economy applications also offers unique opportunities for the public sector to take advantage of the collected data. “Data from sharingeconomy businesses, can be a useful tool in tracking services to neighborhoods and designing more effective and equitable transportation networks,” says the National League of Cities in its report. “City governments need to develop data-sharing agreements with transnational companies to monitor services patterns, track pick-up and drop-off locations and ensure that all neighborhoods maintain access to drivers.” In effect, with the population constantly growing, especially in already-saturated urban hubs, the sharing economy could lead to a smarter, more efficient Mexico. 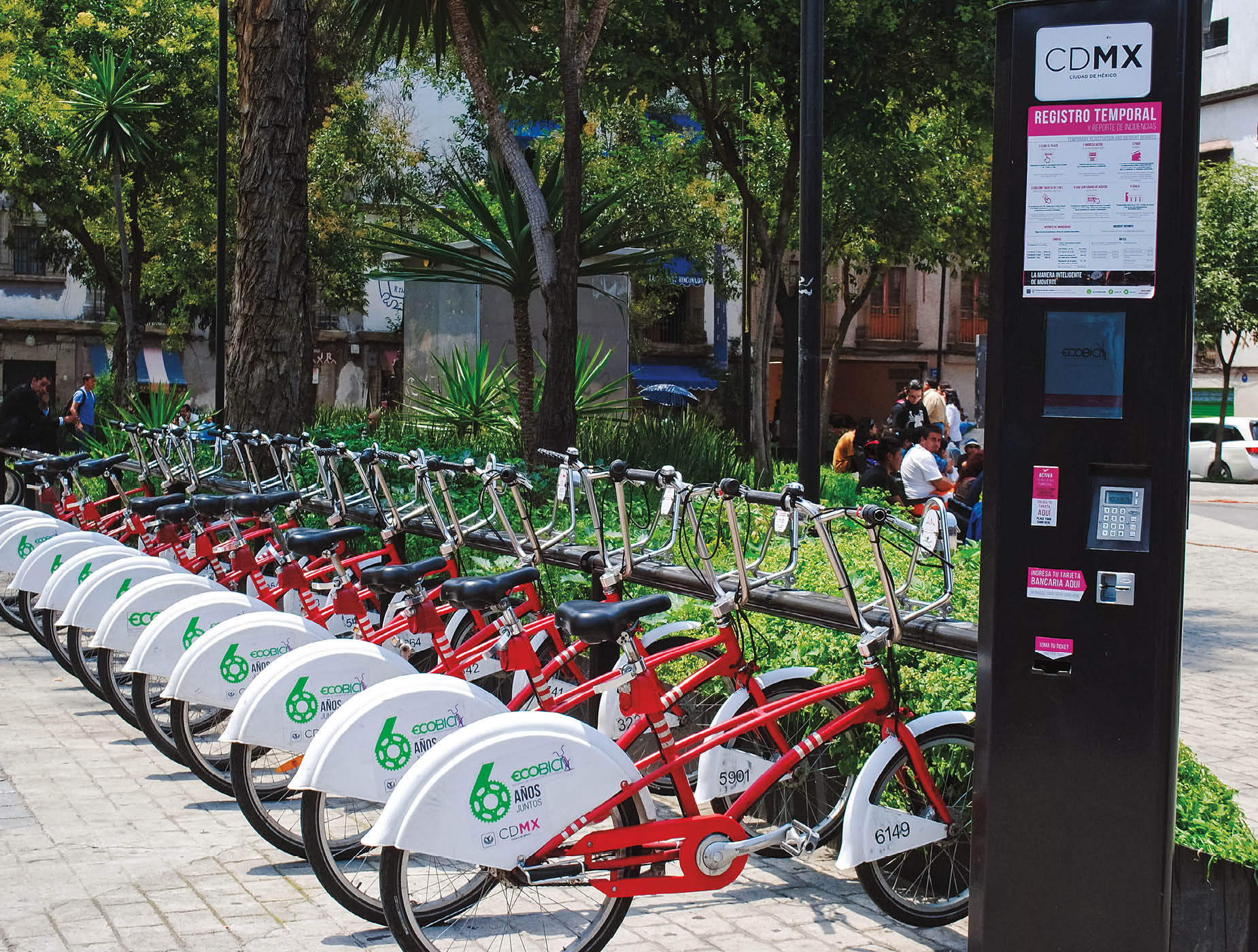