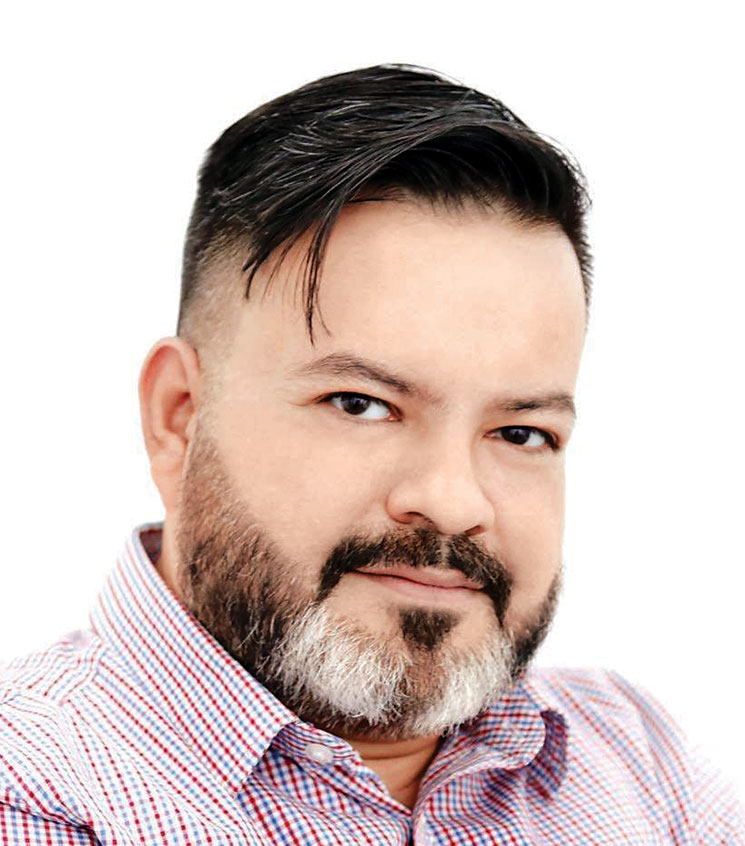 Throughout the last two months of this year, every single week there has been a piece of news about young people, and also senior citizens, carrying out citizen protests in a new, distinct way.

The strategy consists of entering large museums in European capitals and carrying out acts of vandalism on important works from humanity's heritage.

Two young women dumped soup on Van Gogh's Sunflowers in a British museum, knowing that the painting was protected by glass. Even if not the first, this act was the one that went viral. These types of attacks have multiplied, from Veermer's Girl with a Pearl Earring, to a Renoir, a Rubens and even Goya's Majas in the Prado Museum.

Their modus operandi consists of circumventing the security of the museum. In a matter of seconds, they throw a non-aggressive or non-corrosive consumable product, even paint on the walls of the museum. Later they will stick the palm of their hand on the frames of the paintings or, on the walls to remain in place a few moments, long enough to get their message across: Just Stop Oil.

The windows of large luxury brands have also been painted orange or rallies have been  held on roads and important traffic routes to block them. These protests are  done by the elderly (mostly retired).

This wave of activism has become widespread, including a collective of scientists who are fed up with writing articles in which they describe the startling situation and warning political leaders and businessmen without receiving any real action. They have taken the leap from scientific verification or dissemination to that of protest and political action.

We are facing a wave of civil disobedience like we have not seen for several decades, especially from environmental movements that by nature define themselves as pacifists.

What has given rise to this practically unanimous indignation? It feels like there is a gap between the younger generations and those born in the last millennium.

While people may be shocked to see  the stained images of the paintings made by great masters in what seems like a desperate act by radical militants, their actions are thoughtful, intentional and with a clear objective.

It was no accident that the Just No Oil activists chose the National Gallery in London as their setting: more than a hundred years ago it was the venue for one of the most emblematic acts of the "Suffragettes."

As Bruno Nassim Aboudrar recalls in his article in Le Monde: in that museum on March 10, 1914, the suffragette Mary Richardson mutilated the work of Diego Velázquez, known as La Venus del espejo, with an ax to claim her political rights and protest against the arrest of one of the movement's leaders. The only difference between that act and this most recent one is that the chosen work was protected and there was no intention to damage it but to attract attention.

So, the supposed objective of "artistic vandalism" is non-existent; given that all the works targeted by radical environmentalists have been protected by glass. In addition, the substances used are not corrosive and are easy to clean.

Some months ago when they struck La Gioconda, which is protected by a glass wall,the impact seemed as inconsiderable as when they attacked The Sunflowers by Van Gogh where the work seemed to be exposed. The unanimous reaction was outrage and widespread condemnation.

How was it possible that such barbaric practices from other times are being carried out in the name of such a noble cause as the fight against global warming?

This raises the question: Why preserve a work of art in a museum if rulers and businessmen are incapable of protecting citizens in the face of a future foreseen and announced catastrophe? Especially because they could do something but they choose to do nothing.

Therefore, we are facing acts against civil disobedience from Henry David Thoreau's hotline. Faced with the injustices of the law and the compromised future of our youth, there are those who have already decided to embrace a new kind of radicalism and a peaceful revolution.

They consider that both political and legal means are exhausted and observe with frustration how the idle parades of the international eco-socialites continue with their pronouncements of good intentions during the COPs, such as the last COP27 held in Sharm el Sheikh, Egypt, while CO2 emissions continue to rise.

This is how beautiful promises are denied by harsh reality.The chances that we will exceed 2 degrees Celsius are imminent.

They confront legality with legitimacy and show that there are two visions: One on the value of a work, and another on the vital value of the planet. In a nutshell: inert nature or living nature. If the news goes around the world, it is not only because it is a universally known work of high artistic value, but above all because it is a work whose market value amounts to US$85 million.

They succeed in their goal. They successfully carry out what political sociologists call the paper demonstration — or in this new era, a digital one. Under this concept, political action is designated with little mobilization of actors. A couple of activists simply got involved in this protest; they evaded the security of the museum and a third party, filmed it and uploaded it to the network. The goal was to go viral without spending money or getting people to join. Like a street rally.

According to the French sociologist Patrick Champagne, today’s social protests are less seen on the streets than on the front pages of the newspapers. He also points out that contemporary protesters act more for the media than for government or economic actors directly, since they seek to influence them through journalistic mediation. They leave aside the street rally to give rise to other forms of protest, to attract attention without the need of  mass protests. The key is to be part of the news and to be placed on the pages of the newspapers. Stand out to enter the political agenda.

However, in this situation, the message was derailed  since their actions incited a great deal of indignation and even ill will from certain conventional environmental groups. The press focused on  the vandalism and very little on their claims related to climate change. The media also omitted to specify that the attacked works were protected with glass, which incited more indignation than solidarity or adherence to the cause.

This has led me to identify a new reality in political radicalization. Peaceful civil disobedience is moving to a second phase, which is disrespect for the sacred spaces of the museum heritage and works of great monetary value.

What makes these young adults risk going to jail for at least three years? Perhaps it cannot be measured, but they are undoubtedly desperate acts in the face of global inaction. The 40-50--year-olds are the generation of  economic crisis and devaluation, the 30-40--somethings of the internet, the 20-30-somethings are the millennials and this new generation of post-teens are proponents of  climate change awareness, whose greatest exponent is Greta Thunberg.

Their view is clear: our socioeconomic system, which is an apology for individualism and a consumer society at all costs, is compromising its future. The prospects are nil for this generation with a world whose temperature will increase 2 degrees Celsius, with a deficit of natural resources and a totally degraded environment. Therefore, they no longer mind risking jail in order to get their message across.

We are seeing  new social and postmodern movements where demands are no longer directly about the class struggle but about rights, such as those of the native people, feminists, animals, the LGBT community, and, of course, environmentalists.

The omission and inaction of the elites is not only causing the indignation of the youngest, it is also inciting their "relative frustration" and pushing them from disruptive speeches to acts of force.

I am referring to the concept or theory taken from the classics of political science on behavior and political action. One way to explain it is when expectations are high and little is achieved. Depending on the degree of frustration, the social actors demonstrate, strike, march, protest or proceed to acts ranging from vandalism to property to armed violence or even terrorism.

With  these acts the younger generation is showing high frustration. They have already acted with violence, even if it was only symbolic. Their acts are highly repressed in this liberal society where private property is highly protected, especially when the property in question has a high artistic value.

In 1910, when the suffragette mutilated Velázquez's painting, her sentence for three machete blows was six months and with the amnesty it was reduced to three months. Today, the legal framework protects the free market system and private property. The penalties have increased to a prison term of between three  and five years.

Today’s youth risk being deprived of their freedom for years. We are one degree above skipping school like Thunberg does to protest climate inaction. The young ecologist's argument is that studying is useless if you don't have a future.

In today’s age, with these actions, our conception of the world is violated and confronts us with the dilemma of what real values are: money or life, the conservation of inert objects or the living.

How much longer will this call of action last? When are these environmental movements that were based on peaceful action going to take a new leap with a greater degree of violence? The only certainty is that every day they will become more radicalized.

For this reason, it is essential that we understand the degree of frustration they have reached and that it is time to change the trajectory and turn the wheel. Let's listen to the young and the not so young, to all those who demand a real change. 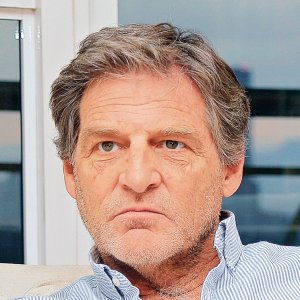 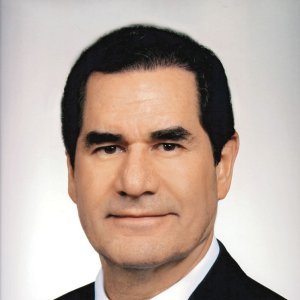 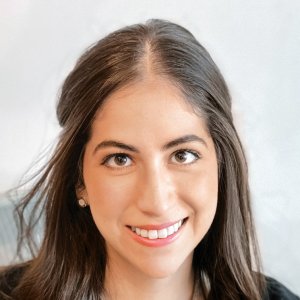 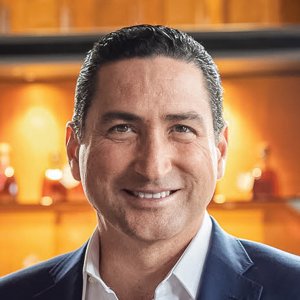 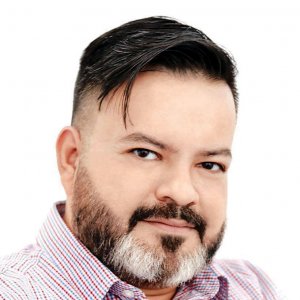