An electricity reform has been sent to Congress that seeks to give the State exclusive control over the country's lithium reserves and to withdraw private concessions that do not meet the newly established criteria. Experts, however, have stressed that Mexico does not have the reserves, knowledge or technology to become a lithium powerhouse, especially without the help of private parties.

“The federal government suffers from an extreme limitation of resources, even for the most urgent tasks. Where would the money for such an undertaking come from? Moreover, the success of mining exploration is by no means guaranteed. The whole process would take several presidential terms and cost millions of dollars. Why not let private capital take the risk?” Armando Alatorre, President of Mexico’s College of Mining Engineers, Metallurgists and Geologists, said to MBN.

On Oct. 1, President López Obrador announced he sent the electricity reform to Congress, which seeks to guarantee energy security in the country and control costs by handing 56 percent of the country's energy market to CFE, while 46 percent will go to the private sector. López Obrador announced that the new electricity reform includes the issue of lithium so the state can have exclusive control over this resource. “The technological and modern industry will not be able to develop without lithium. Mexico has sufficient lithium reserves and this will allow us to promote this resource for the development of Mexico. That is why we made the decision to establish that lithium belongs to Mexicans and only Mexicans."

Mexico’s reform seeks to modify the sixth paragraph of Art. 27 of the Constitution to stop granting concessions on strategic minerals, such as lithium, giving the state the exclusive right to exploit and produce them. The Ministry of the Interior explained that the concessions that have already been granted for other minerals will be maintained but cannot be used for lithium. "The reform to Art. 27 of the Constitution will generate great uncertainty and insecurity for investments, not only because of the lithium that is no longer available but because it restricts other essential metals that are strategic for the energy transition," added Sergio Almazán, President of The Association of Engineers, Metallurgists and Mines Geologists of Mexico (AIMMGM).

Regarding the eight lithium concessions that have already been granted, López Obrador said that they will remain valid if they demonstrate to CFE and the Ministry of Energy that they are already exploring and seeking to start production. The president said that of the eight concessionaires, only one meets the necessary characteristics to maintain the concession.

Bacanora Lithium, which together with Ganfeng Lithium is developing the Sonara Lithium Project, said that it believes it is the concessionaire that meets the new criteria. Following the announcement of the reform, Bacanora provided a project update, showing that the first construction works began in February. The company announced that battery-grade lithium production is expected to start in 2023, with an annual output of 35,000 tons.

Last year, as rumors mounted that the government was seeking lithium nationalization, Wang Xiaoshen, Ganfeng CEO, told FT.com: “Nationalization may not be a good idea. There are many bad examples of nationalization of resources. One example is Bolivia. There are big lithium resources there but for many years no project has been built because Bolivians do not allow foreign companies to own mining properties. That is a big hurdle for attracting investment.”

Analysts are skeptical about whether the reform will make constitutional changes since MORENA, López Obrador's party, needs a supermajority in Congress to carry this through. After losing seats during the last elections, the party needs the support of opposition parties to pass the reform. After the project was presented, the opposition parties PAN and PRD announced they would vote against it, while PRI said it would be open to debate. PAN announced that if the proposal is approved with the support of PRI, the coalition between both parties will end. However, Alejandro Moreno, President of PRI, responded that the party would vote by consensus, reported MBN.

Experts believe that the reform could be blocked since it would not be the first time that a reform proposed by López Obrador has been rejected for not allowing free competition and causing legal problems. "I really doubt that (authorities) can successfully cancel or revoke lithium concessions that have already been granted. Any attempt to do so would face legal challenges,” added Jorge Ruiz, Partner at Baker McKenzie.

Nevertheless, on Oct.7, López Obrador said that if his electricity reform is not approved, he will ensure that his government does not grant lithium concessions to private companies. “If lithium does not remain in the hands of the nation, we will deny any request for an exploitation concession. We have the power to do so and we are not afraid of going to court to prevent our resources from falling into foreign hands."

Almazán told Milenio that the government's actions are worrying as they will further affect investment, competitiveness and employment in the sector. He explained that investments in exploration will be the most affected, leading to the downward trend to continue. Investments in exploration have fallen 70 percent over the last eight years, from US$1.165 million in 2012 to US$338 million in 2020.

Experts have explained that Mexico's lithium deposits require a lot of technology and resources that the country does not have. In general, lithium can be found in rocks, brines, oil wells, geothermal fields, clays and oceans. However, only brines and rocks have proven to be viable for extraction methods. In Mexico, most of the lithium reserves are found in hard-to-extract clay deposits, which are very expensive and difficult to access, reported MBN. “Mexico's only possible lithium source to go into production is a clay type. No country in the world has yet produced any lithium from such rocks. The company investing in Sonora has published technical reports that state that lithium can be separated from clay and, in a second step, converted into lithium carbonate. The development of the mine and construction of a chemical plant will require over US$400 million in investment,” said Alatorre in an Expert Opinion piece.

Fernando Alanis, President of CAMIMEX, explained that Mexico’s lithium has a concentration of only 0.001 percent per ton and, to bring it to a battery percentage (30 percent), the cost and energy demand would be very high. Likewise, the Chamber mentioned that it is unaware that the government has technology for an economically viable exploitation.

Many key mining leaders have asked the government not to focus on just one resource, as Mexico has better and more opportunities with other minerals. "Is the future of Mexico’s mining in lithium? Not quite. The future of Mexico’s mining industry lies in supporting all the research that is required in all the metals that the country has,” said Almazán. 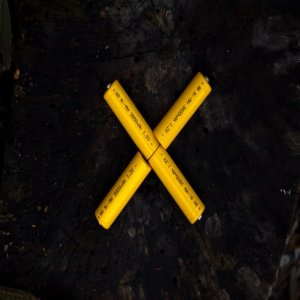 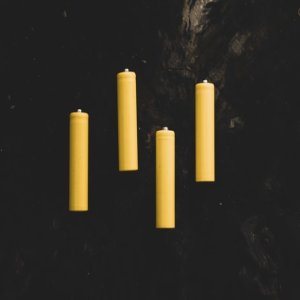 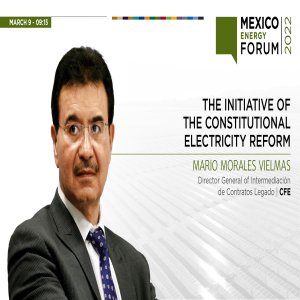 The Case for a Constitutional Energy Reform 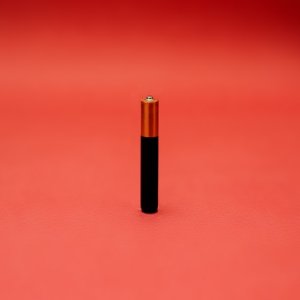 Can the Government Really Push the Lithium Industry Alone? 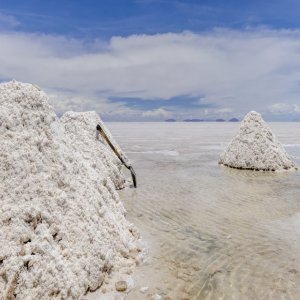 Lithium Production Could Be in Government Hands 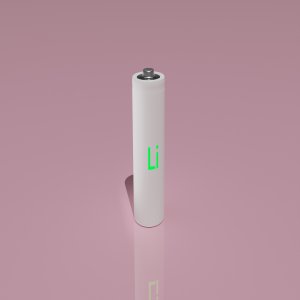 Will the Lithium Reform Be Presented This Week?