In January 2004, Capstone Mining acquired the Cozamin copper mine, which produces silver, zinc, and lead as by-products. Commercial production commenced in September 2006 and Capstone completed exploration, development and initial production at 350,000 tonnes per year on time and under budget with an initial three year mine life in reserves. Production at Cozamin was quickly expanded by 120% in the first 12 months with all capital expenditures funded from cash flow generated by the mine, and a further expansion in 2008 saw production rise to 1 million tonnes per year. Production is primarily from the Mala Noche Main Zone, supplemented by ore from the Mala Noche Footwall Zone, which is higher in grade, but has narrower widths than the Main Zone.

The underground mining method at Cozamin is either long hole stoping, or cut and fill. Mined ore is brought to surface via either a shaft or two production ramps. The ore is trucked to the crusher and processed through a three stage crushing plant and stored ahead of the grinding circuit, where it is reduced in size and then sent to flotation. The flotation steps involve flotation of lead and copper first, followed by zinc. All products go through multiple stages of upgrading in the flotation circuit ending with a silver-rich copper concentrate, a silver-rich lead concentrate and a zinc concentrate. The concentrates are trucked daily to the Port of Manzanillo to overseas smelters for treatment or sale.

A surface and underground exploration program is underway to target new mineralized zones with a goal to increase the reserves. The deepest holes in the Mala Noche vein indicated that the coppersilver phase of mineralization extends to greater depths than the current mineral resources. In 2013, exploration continues with the Mala Noche Footwall Zone and the Mala Noche Main Vein with a program of approximately 32,000 meters and budget of US$6.5 million. 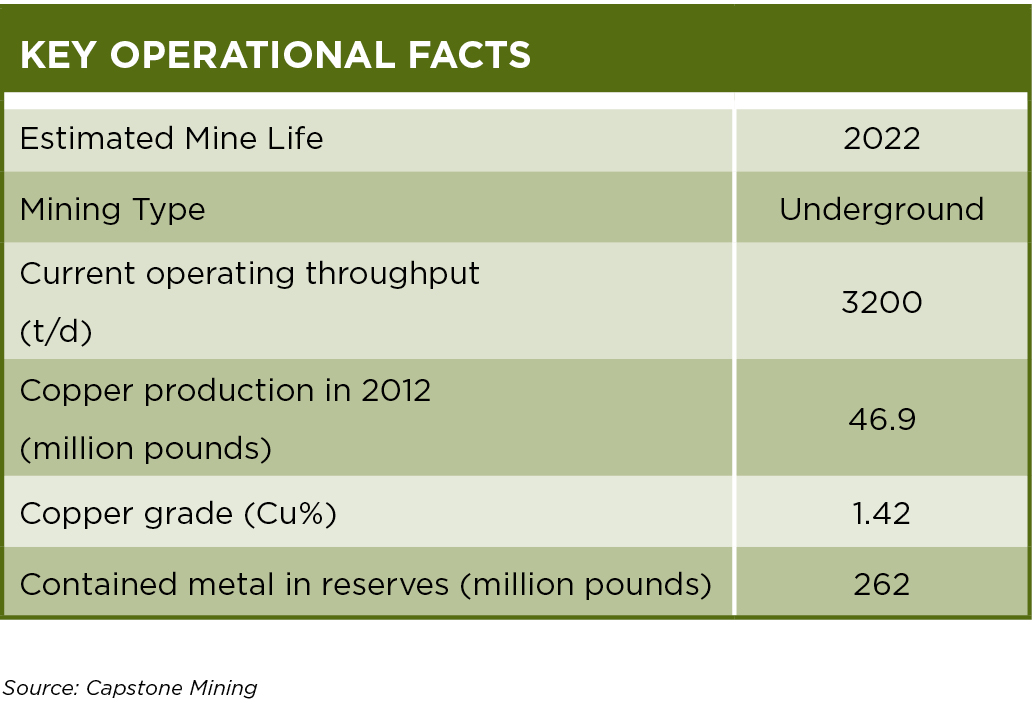