Although environmental and community protection policies are not new for the mining industry, it is a fact that they are undergoing a unique transformation, from being a principle-based issue to a matter of best practices and corporate policies that require follow-up, said Adolfo Calatayud, Transfer Pricing, Dispute Resolution Services Partner and Mining Leader at PricewaterhouseCoopers.

Over the years, the industry's approach to ESG has changed, however, there are common elements that all players in the sector should abide by. To understand this issue, it is necessary to look back at 2005, when the UN invited a group of investors to establish the six principles for responsible investment, which gave prominence to environmental, social and corporate governance issues, said Paola Hernandez Villalvazo, Chief Compliance Officer at America's Mining Corporation, the mining subsidiary of Grupo Mexico. As a result, she adds, further regulations have emerged, including the Equator Principles in 2013, which require financial institutions to identify, assess and manage social and environmental risks for projects in financing phases.

In the mining industry, IRMA's Standard defines good practices and evaluates responsible mining on an industrial scale, taking into account integrity, compliance, occupational and community health and safety, as well as waste management. Nevertheless, the challenge goes beyond that, says Villalvazo, as private investment groups have already launched their own ESG requirements. Such is the case of BlackRock, which states that “sustainability risk, particularly climate risk, is investment risk”.

“It is no longer just about having good practices written down on paper, but companies now need to demonstrate what they are doing and the follow-up,” said Villalvazo. “Compliance is not just about documenting under certain systems, but managing risks.”

Newmont, the world’s leading gold company and a producer of copper, silver, zinc and lead, has seen the evolution of community, governance and environmental relations since its founding in 1921. “Long before these requirements started to take hold in the financial systems, we were already recognized for that,” said  Peter Hughes-Hallet, Country Manager and Senior Director of Sustainability and External Relations at Newmont Mexico. According to him, one of the main reasons why companies should invest time and resources in ESG practices is because both investors and governments are placing greater emphasis on environmental and social compliance. “Companies are now widely expected to include environmental factors such as energy, resource use and social issues like the health and well-being of workers and the communities that host them as critical,” explained Hughes-Hallet.

In April 2020, Newmont and the San Juan de Cedros community, one of Peñasquito's 25 neighboring communities, reached an agreement that ended the conflict over land use, water availability, infrastructure and social investments. The agreement, Newmont reported, includes access to more than 10,000 hectares of Cedros ejido lands for exploration, mineral production and other operational purposes. Newmont also agreed to establish a 158,500 gallon per day reverse osmosis drinking water plant and follow up on the water wells the mine established in 2018. “It is only through patient and transparent community engagement, combined with strong government support, that we have been able to reach a lasting solution that is beneficial to all stakeholders,” said in a statement President and CEO Tom Palmer.

According to Hughes-Hallet, the key to reaching the agreement was having a conversation with the community and the government that would only allow legitimate stakeholders to participate in the negotiation process. “Also, we agreed that there would be no negotiation under illegal circumstances, such as blockades,” he said in an interview last year. Today, Newmont's objective is to reduce its greenhouse gas emissions 30 percent by 2030, with the ultimate goal of becoming a zero-emissions company by 2050, which it intends to achieve through the investment of US$500 million.

Without a good relationship with governments, said Luis Vera, Managing Partner at Vera & Asociados, it is more complicated for companies to achieve healthy relationships with communities. Faced with media coverage of the effects of mining on communities, he added, the natural response of governments has been to implement radical government policies such as denying concessions “even when criteria is met”.

For José Tovar, Community Relations Manager at Alamos Gold, the biggest challenge facing mining companies in the coming years will be the "social dimension" associated with the sector. “Although we have seen more and more guidelines emerge in the industry, it is striking that the number of social conflicts is on the rise,” he said. “In the past four years, the social license has been considered a fundamental risk for our industry”. According to him much of this has to do with expectations, which are globally and locally governed.

On the global side, expectations are influenced by megatrends such as climate change and the water crisis, now expectations at the hyperlocal level are driven by the parents and their children. “This is where the complexity begins,” said Tovar. In this regard, Alamos Gold has classified expectations into four categories: those based on uses and customs, those associated with certainty regarding the natural environment, the performance of the local government in office, and economic and livelihood certainty for families.

In an interview with Mexico Business in 2020, Tovar said the mining industry has the potential to promote social development in Sonora that could last “beyond the lifecycle of the mine”. To achieve this, he said, the company adopted UN´s global Agenda 2030. Tovar added that defining strategies based on honesty, accountability, integrity and legality is key to manage expectations from host communities, which commonly they expect the mining company to provide everything the government will not. “The company can only provide certain forms of support as allies for promoting regional development in hand with local government, communities and universities,” explained Tovar

In the first half of 2021, Alamos Gold reported an operating cash flow of US$97 million, representing a 117 percent increase over the prior year, "which was impacted by downtime related to COVID-19," said President and CEO John A. McCluskey in a call with analysts. The Toronto-based company also reported sales of 107,600 ounces of gold at a realized price of US$1,814 per ounce, with revenue totaling US$195 million for the quarter. Gold sales were approximately 6,600 ounces less than gold produced due to the “timing of shipments with those ounces sold in July to be realized as revenue in the third quarter,” added Alamos Gold CFO Jamie Porter.

In regards to the company's projects in North America, McCluskey mentioned that the La Yaqui Grande mine in Sonora is in full swing and is on track to achieve commercial production by 3Q2022, and has reported no lost-time injuries so far. Mulatos’ mine, on the other hand, produced 35,900 ounces in 2Q2021, and total cash costs and mine-site all-in sustaining costs of US$893 and US$1,144 per ounce, respectively. 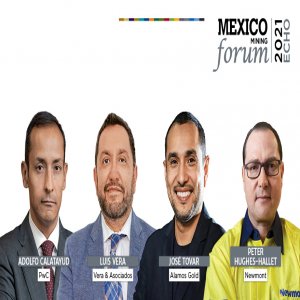