Fresnillo is the largest primary silver mine in the world and one of the world’s oldest continuously operating mines. Last year, Fresnillo plc’s flagship mine produced over 26 million ounces of silver and 29,573oz of gold, and also produced 16,190 tonnes of lead and 14,996 tonnes of zinc. As a result, Fresnillo produced 64.4% of the company’s total attributable silver and generated 37.8% of adjusted revenue.

The mining complex began operating in 1554 and has been in near continuous operation for almost five centuries. Since 1921, Fresnillo has produced more than 730 million ounces of silver at an average silver grade of 405 g/t. The asset consists of a vast underground mine that is complemented by a flotation plant, and it has a current milling capacity of 8,000 t/d and 2.6 million tonnes per year. The mine has a current workforce of 903 employees and 705 contractors.

The mine has an anticipated operating life of 13.3 years, with a total of 308.5 million ounces of silver and 733,000oz of gold in reserves. The main challenge for the operation today is to compensate for the natural decline in silver ore grades, decreasing from 396 g/t in 2011 to 328 g/t in 2012 and causing last year’s 12.9% decline in silver production. Fresnillo plc expects ore grades to decline to approximately 300 g/t in 2013, then to remain within the range between 300 g/t and 325 g/t for four years, before declining in the following years towards the ore grade in reserves of 281 g/t.

The company’s strategic priorities are optimizing production of the remaining resource by operating at full capacity, increasing recovery rates by processing tailings, replacing and expanding the resource base through intensive local and regional exploration, and consolidating its districtwide growth and optimization efforts for the processing of ore and tailings from multiple sites. 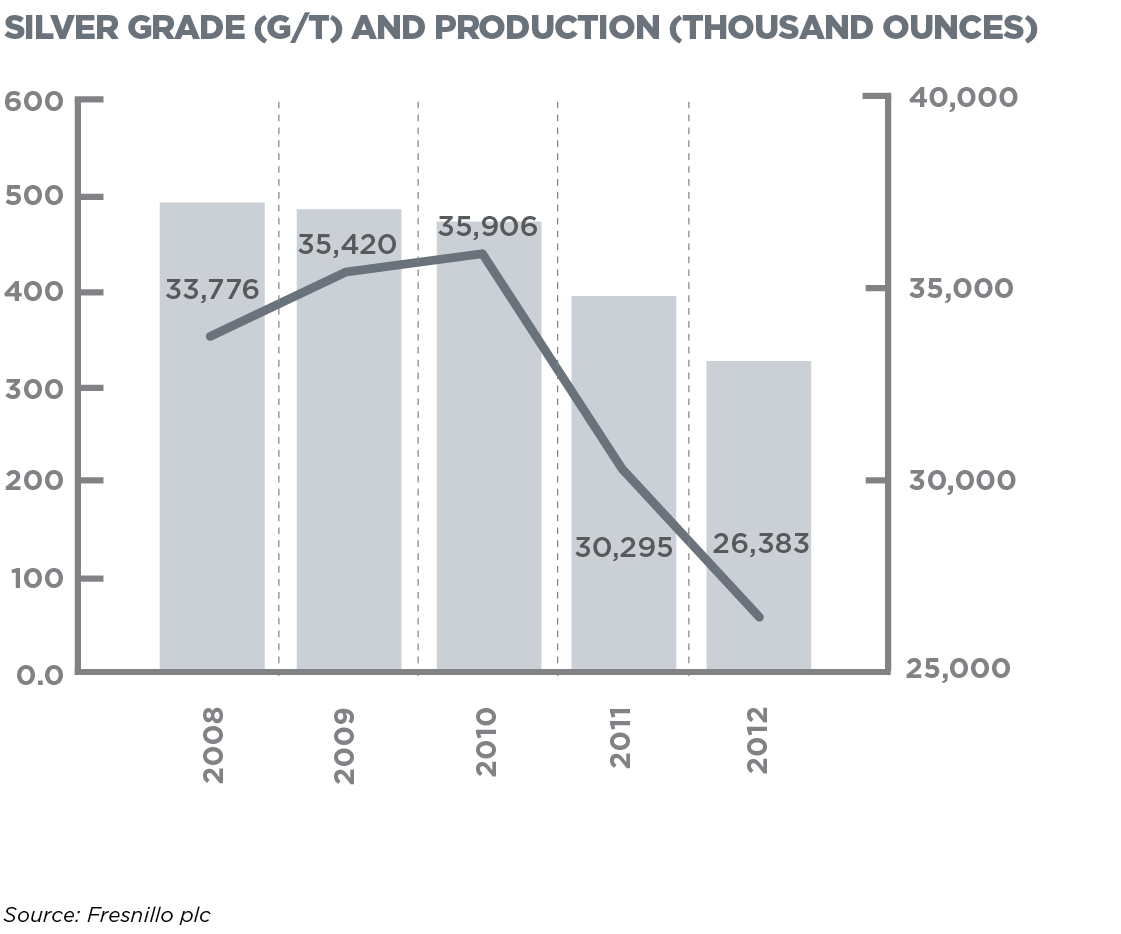