AHMSA’s iron ore production came from its Hércules, La Perla, and Colima assets. In 2012 it reached a production of 3.39 million tonnes, of which 3.08 tonnes were iron ore concentrate and the rest lump ore. These are similar to the company’s 2011 figures. Of its total output the company sold 245,563 tonnes of fine iron ore, with different characteristics to those required by AHMSA for its own steel production processes, in the domestic and international market. Ternium’s iron ore production amounted to 4.3 million tonnes from its Las Encinas Subsidiary, which comprises the Aquila, Cerro Náhuatl, and Peña Colorada mines. 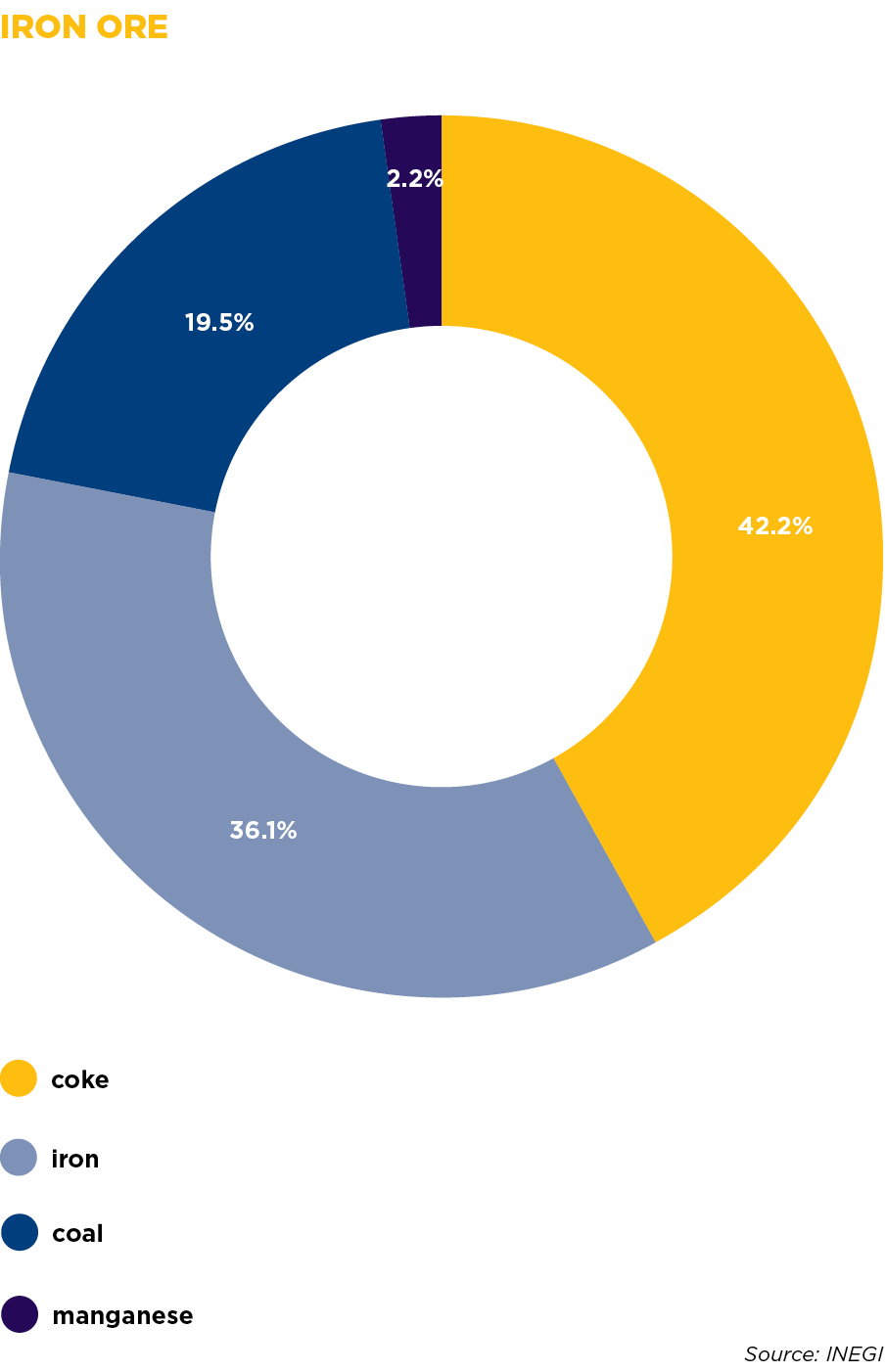