The La Encantada property has been in First Majestic’s portfolio of assets since 2006 and has since become the company’s largest operation, currently accounting for nearly half of the company’s annual silver production. Located in the state of Coahuila, the mine site encompasses 4,076 hectares of mining rights and 1,343 hectares of surface rights. The mineralogy of the deposits at La Encantada is predominantly iron oxides, carbonates and lead sulfates with high concentrations of argentite and native silver values, as the result of an oxidation process and enrichment in a known vertical range of more than 400 meters. Beneath the elevation of 1,600m, there is a presence of sulfides of Pb-Ag-Zn in the southwest part of the La Encantada mine.

In 2010 and 2011 First Majestic completed a modernization and changeover at La Encantada to producing silver doré bars rather than concentrates. As a result, plant efficiency has improved significantly with dramatically lower smelting and refining costs and higher quality silver doré bars. The cyanidation plant was upgraded in 2011 and re-rated to 4,000 t/d. Running at full capacity, production is approximately 4.2 to 4.5 million ounces of silver annually in the form of silver doré bars. To improve recovery rates, metallurgical studies and pilot tests have been conducted to increase the production of fresh ore and developing areas of the mine with lower manganese content – primarily the San Francisco vein, the Milagros Breccia pipe and the newly discovered 990 chimney. The 990 is a high grade breccia pipe discovered in early 2012 with silver grades in the range of 400 g/t to 500 g/t. This new area was brought into production late in the fourth quarter of 2012 and is expected to improve grades of fresh ore feed to the mill. 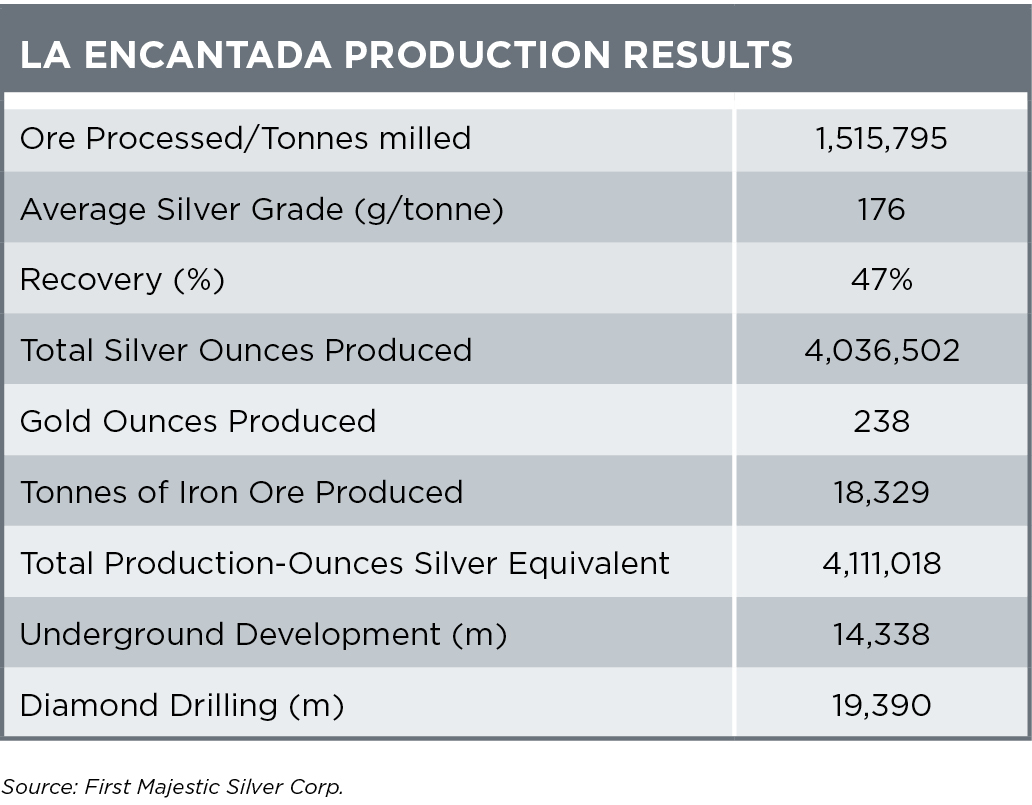