La Herradura is located in the state of Sonora, 125km northwest of Caborca, and is Mexico’s largest open pit gold mine. Fresnillo holds 56% ownership in the La Herradura mine and is the operator, while Newmont holds the remaining interest of 44%. The Herradura gold deposit occurs within a northwest trending belt of the Proterozoic metamorphic rocks conformed by greenschist, amphibolite, and granitoids. The deposit is hosted by a quartz-feldspathic gneiss bordered by faults and shear zones.

Exploration in the Herradura district first began in 1988, and commercial operation began in 1997. The project has two open pit properties of over 18,211 hectares. The ore bodies consist mainly of gold and silver concentrates. In its first full year the mine produced 90,300oz of gold and was expected to reach full capacity at 150,000oz per year, with an expected mine life of 10 years. The original construction site was called Centauro and mineral extraction processes were initially due to stop in 2007. Total annual production reached 314,547oz of gold and 136,000oz of silver in 2012.

La Herradura had an expected 6.6 years of remaining mine life at the end of 2012 due to successful exploration campaigns, continuous reserve replenishment, and efficient mining methods. Most of the run-of-mine is sent directly to a heap leach pad, which is insulated by a composite liner of compacted clay and geomembranes. Cyanide solution is dripped on the pile of rock and pregnant solution collected and processed in a Merrill Crowe plant through a process of clarification, deoxygenation, and zinc precipitation. The companies’ main ambitions are maximizing gold production, increasing volumes of ore deposited, increasing recovery rates of high grade ore with the construction of a dynamic leaching plant, conducting ongoing exploration at the Centauro Deep project, and evaluating the expansion of the Merrill-Crowe plant, as well as obtaining OHSAS 18001 certification. 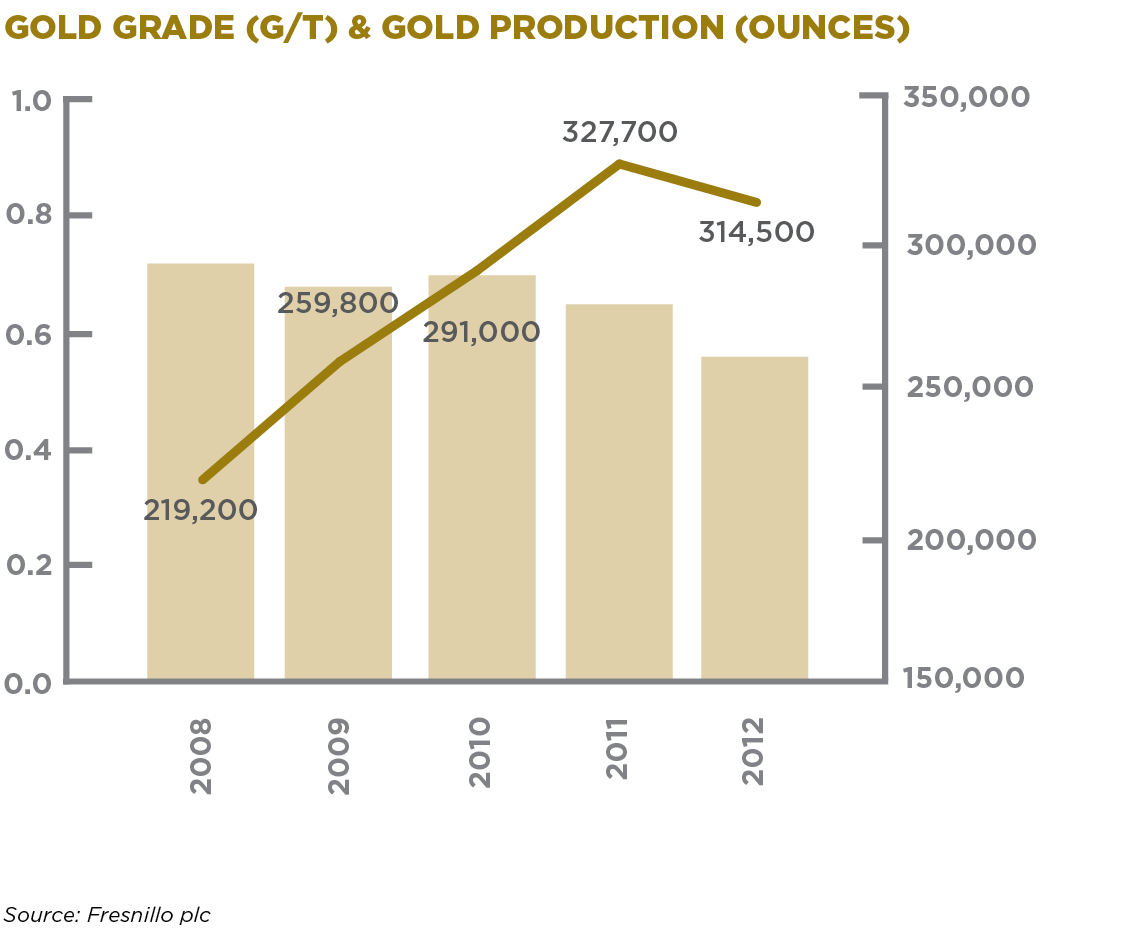