Los Filos is located in the Nukay mining district of central Guerrero State, approximately 230km south of Mexico City. In 2012, this mining complex produced 340,400oz of gold, with an average ore grade of 0.69 g/t. Total cash cost per ounce increased by 19% to reach US$551, while the mine reached an average realized gold price of US$1,663 last year.

The ore bodies at Los Filos and El Bermejal consist of iron-gold skarn with minor amounts of copper and silver at the intrusivelimestone contact. Ore bodies also occur with endoskarn, and are disseminated within the hydrothermally altered intrusive rocks. At El Bermejal mineralization is distributed around a granodiorite stock, both at the limestone contact and within the intrusion.

The Los Filos ore body is associated with a diorite sill. The Los Filos mine contained 7.43 million ounces in proven and probable gold reserves at the end of 2012, compared to 7.75 million ounces the previous year. Its strong potential for the discovery of significant new reserves in the current open pit and underground operations as well as in the new 4P project was confirmed by the 2012 exploration program, which ended successfully with an additional 0.5 million ounces in gold reserves confirming the extension of Los Filos pit to the south towards the 4P area, and El Bermejal pit to the north and south. Further drilling is planned at 4P with the aim of developing an open-pit mine that will be integrated into the existing operations. 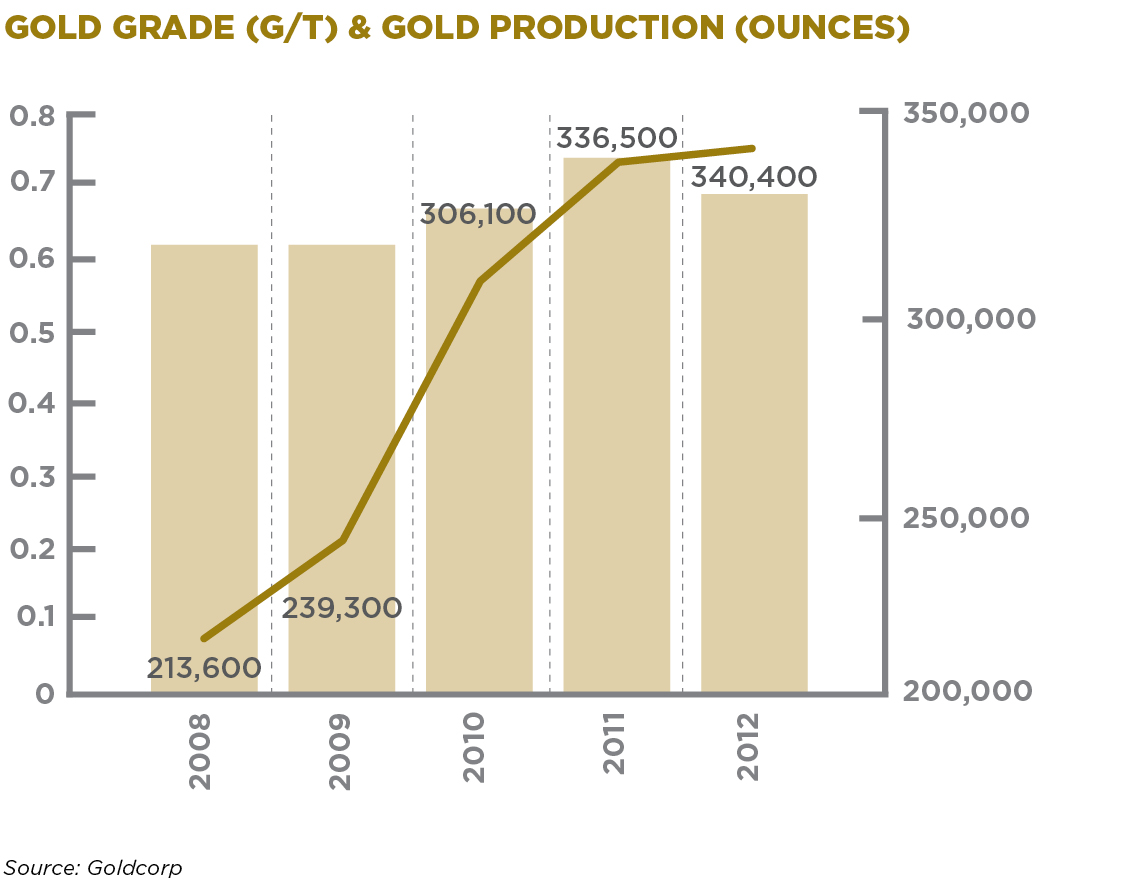