Mexico is the fourth mining exploration destination in the world, and the first in Latin America. As of December 2012, 285 companies with foreign capital were operating 853 mining projects in the country. The total investment in the sector grew from US$2.158 billion in 2007 to US$8.043 billion in 2012 – an increase of 272%. The country’s geological richness and the favorable business environment have enabled companies to gain access to attractive concessions and develop mining projects in advantageous timeframes, thus ensuring attractive return on investment rates.

According to Promexico, the Mexican Government institution in charge of strengthening Mexico’s participation in the international economy, the country is among the top 10 producers of 16 minerals (see table below). The total income generated through Mexico’s mineral production reached US$17.8 billion in 2012. The major part of this income came from the export of mining products to the US, which is the Mexican mining industry’s main client. Over 57% of Mexico’s mining exports had its northern neighbor as a destination. Other main foreign clients are China (10.4% of total exports), South Korea (4.7%), Switzerland (4.4%), and the UK (4.3%). The most sought after metal in this market is gold, which makes up over one third of Mexico’s mining exports. The precious metal is followed by silver (21% of all exports), copper (15%), iron (9%), and lead (5.5%). 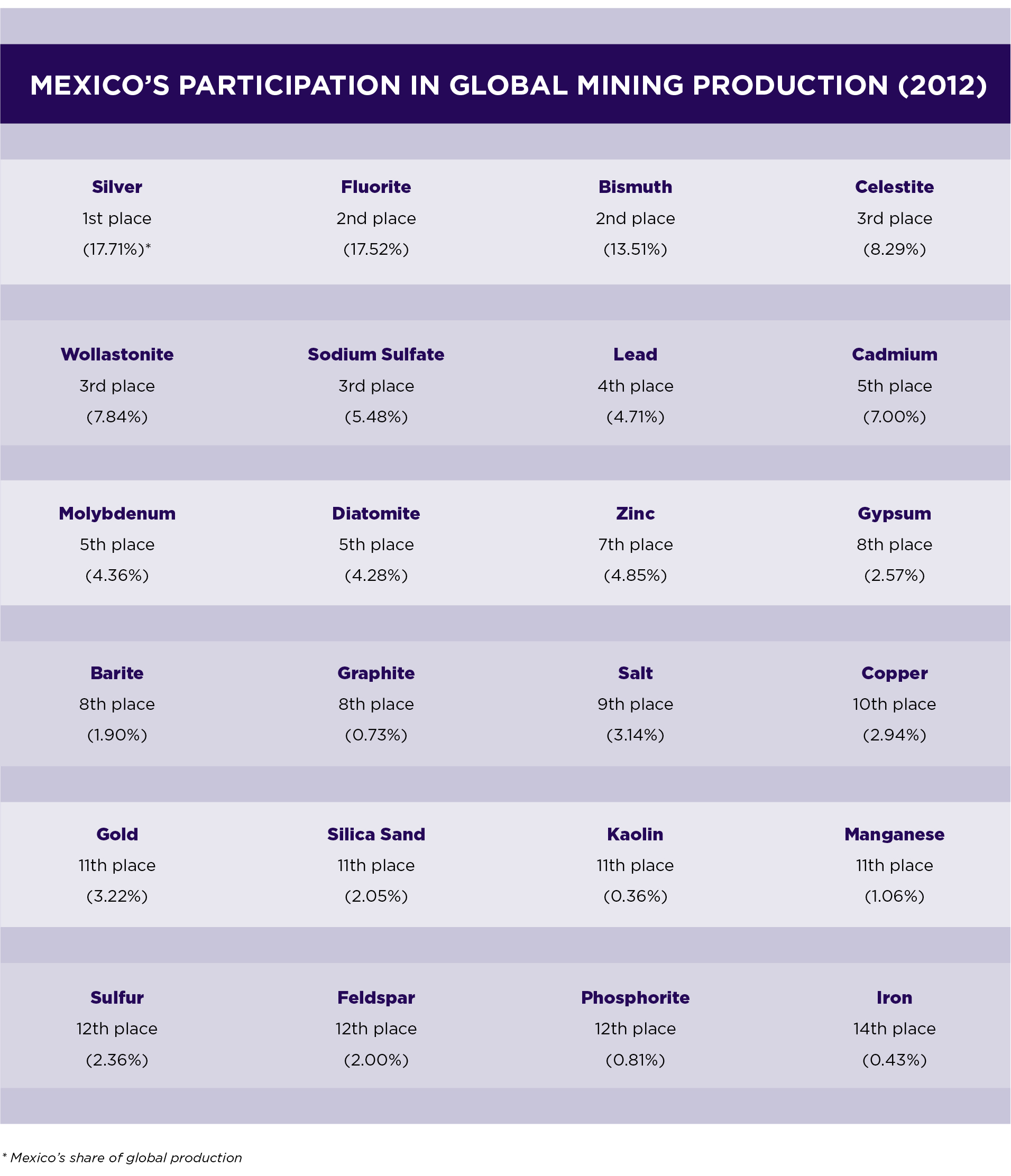 Tags:
MMR 2013
Exploration
Operation
Finance & Investment
Production
Base & Battery Materials
Mexico
Share it, if you like it!
Suggest Hashtag