Recent years have been busy in terms of global M&A deals and the pharmaceutical sector has played a significant role. According to IMAP’s Global M&A Pharma Report 2015 lower tax rates in 2014 were a major driver for deals, but the main motivator was growth ambitions. Following a major joint innovative deal between Novartis and GSK the two now own a global OTC leader, GSK grew it’s vaccines division, and simultaneously Novartis divested its animal health unit to Eli Lilly.

In the first quarter of 2015 global pharmaceutical deals reached US$59.3 billion, a 94% increase over that same period a year ago, and the highest value for this stage in any year since 2009 according to Thompson Reuters. Half way through the year consultants KPMG reported a total of US$221 billion worth of deals had been completed. This predatory environment has created what some experts have characterized as a trigger-happy climate, with companies eager to buy before they are bought. Huge deals such as AbbVie’s US$21 billion deal for Pharmacyclis, and Pfizer’s US$17 billion deal for Hospira have created ripples in the industry, with experts uncertain of the real returns that will be seen from such massive investments. The world’s largest generic drug maker Teva Pharmaceutical industries acquired Allergan’s generics business for US$40.5 billion, and Allergan in turn purchased biopharma firm Naurex for US$560 million. Valeant Pharmaceuticals was the successful purchaser of Salix Pharmaceuticals in a US$15.8 billion bidding war with Endo International. Ireland’s Perrigo acquired Pantheon’s Mexico based business in a US$34 million deal, expanding the company’s operations in the country.

As for Latin America, 2014 was a busier year than 2013 with 24 reported transactions mostly taking place in Brazil and Mexico. Important acquisitions such as Profarma by ameriSourceBergen were seen. Moreover, the number of transactions undertaken by companies with private equity shareholders has been showing a steady grow. The Mexican based group Invektra (Sanfer), now partly owned by General Atlantic, is a good example of inorganic growth (Labinco in Colombia is now part of More Pharma). Chile played the leading role in 2014 in terms of acquisitions with Abbott acquiring CFr (recalzine) for the amount of US$3.4 billion – by far the largest transaction in the region. Experts believe this seems to be a unique strategy rather than a trend since no other big pharmaceutical company has acquired a regional branded generics enterprise before.

The reasons behind the long-term flood of activity are, according to experts, multi-faceted, but the key motivators are investor pressure and diminishing opportunities for innovation. In the generics sector combining efforts can see reduced costs and increased efficiency at the same time. When it comes to the bigger picture and how all this activity will impact healthcare itself, the hope is that combined efforts in the face of high cost innovation and fewer new discoveries, will lead to optimized R&D and better access for the public. 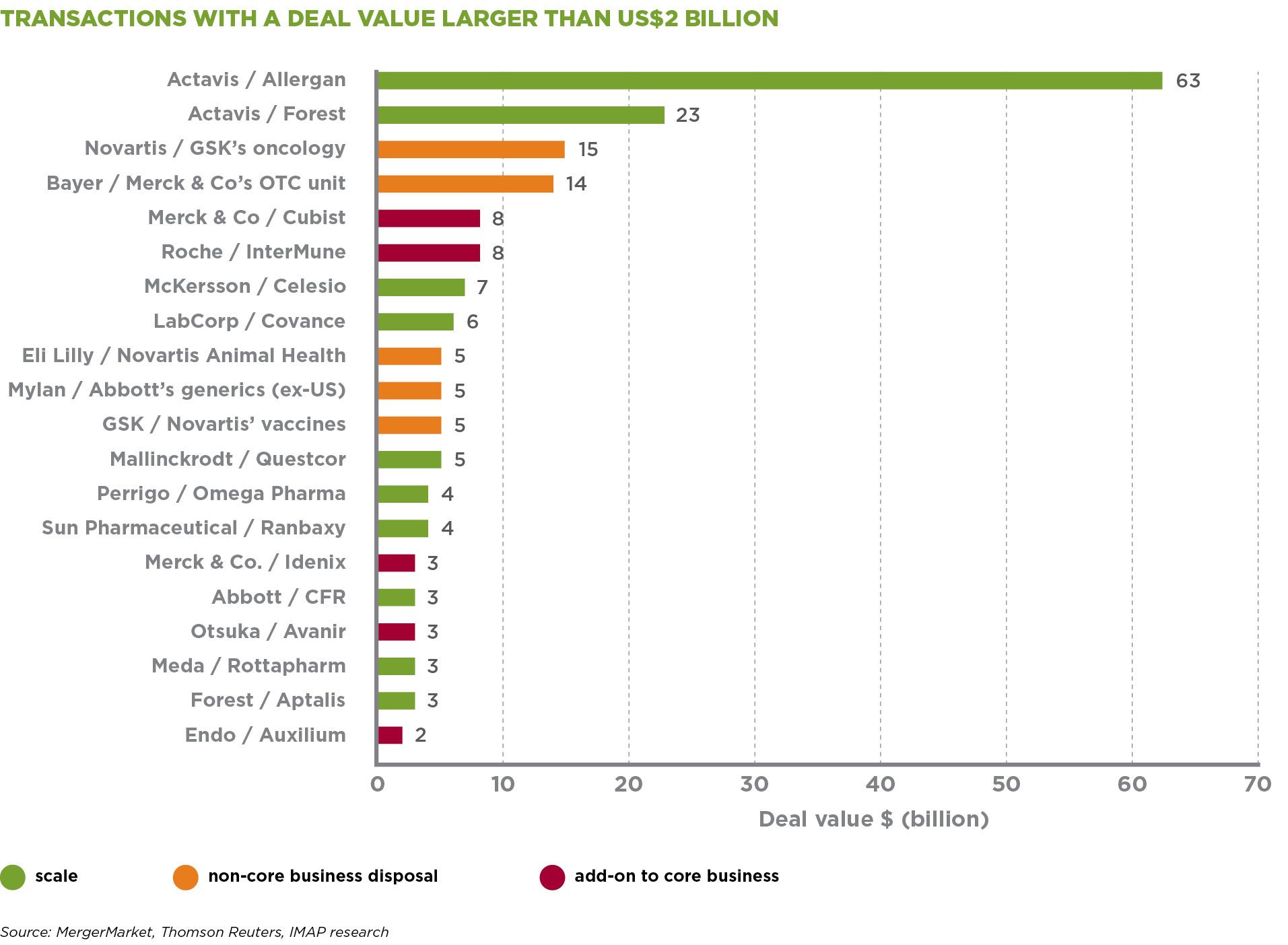