Odyssey Marine Exploration's Don Diego sea mining project, which seeks to extract phosphate in Baja California Sur, continues to seek environmental authorization from SEMARNAT. The project is controversial since some of the major Mexican companies that support it say it is a unique opportunity, while others worry about its environmental impact.

Odyssey has announced it will try again to obtain environmental authorization to work on the seabed of the Gulf of Ulloa on the Pacific coast. Previously, SEMARNAT denied the company’s permit in April 2016 and October 2018, due to possible damage that the project would cause to the environment and surrounding marine species. In addition, experts believe the project would affect fishing, considered one of the state's main activities.

Given the refusal of SEMARNAT and the lack of dialogue with Mexican authorities, Odyssey sued Mexico through NAFTA and has requested the payment of US$3.5 billion in compensation. The company said that the Mexican government did not provide fair and equitable treatment, which resulted in the illegal denial of the project.

Altos Hornos de México (AHMSA) is the company that has provided the most support to the mining company through its legal, political and communication channels. Alonso Cira, CEO of AHMSA, highlighted that the alliance is highly strategic since the company has experience in mineral extraction, its connections with main phosphate producers and proximity to the Mexican government. According to Cira, sea mining is Mexico’s next opportunity.

Nevertheless, environmental defenders such as Alejandro Olivera, representative in Mexico at the Center for Biological Diversity, as well as fishermen, have asked the Mexican government to not grant concessions and permits. Jorge Urbán, Head of the Marine Mammal Research Program of the Autonomous University of Baja California Sur, said that the extraction of phosphate from the seabed of the Gulf of Ulloa would modify the migration of the blue, humpback and gray whales.

Mexico's potential for deepwater mining is very high. The country is ranked 12th in regards to having the largest marine area, in addition to being next to the most prolific region for marine mining. The country still does not have a sea mining law. However, Art. 27 of the Constitution and Art. 1, 2 and 10 of the Mining Law regulate maritime-land activities. An initiative was recently sent to Congress not allowing concessions for the exploitation of minerals in the sea because it is feared that it would put marine species at risk. However, Mexico has given some companies permission to explore the Clarion Clipperton Zone (CCZ), considered the richest area for marine mining and is located in the Eastern Pacific Ocean, between Hawaii and Mexico, reported INCYTU. 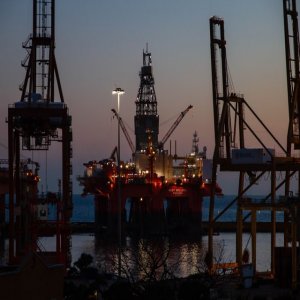 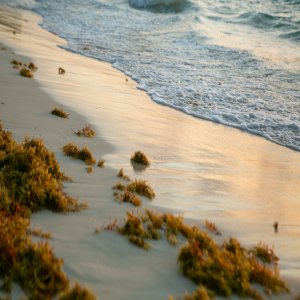