Last year (2019) was marked by geopolitical uncertainty and slow economic growth. Ongoing trade tensions between the US and China have curtailed industrial activity and produced reticence to invest in new business ventures. As of 3Q19, the US had slapped tariffs on US$550 billion worth of Chinese products. China, in turn, had set tariffs on US$185 billion worth of US goods. The destruction of wealth this implies has played a part in several key economies tottering on the brink of recession, like Germany, Japan and the UK. While the US economy seems overall healthier in comparison, worrisome signs, including an inverted yield curve this year, have observers debating the future of the North American giant. The Federal Reserve’s policy interest rate is now set at a range of 1.75 to 2 percent, which can be interpreted as a measure to dynamize an economy that may begin slowing down soon. And while Chinese GDP grew at an enviable rate of 6.2 percent year-on-year in 2Q19, the Asian champion’s growth is less than half that it registered for the same period in 2010. Moreover, according to the National Bureau of Statistics of China, the country’s industrial output grew at its slowest rate in 17 years.
These circumstances have had an uneven impact on metal prices. On the one hand, gold and silver, precious metals considered by investors as safe-haven investments, have seen their prices increase. Investors on the whole are generally bullish on the outlook for these metals, while some are more cautious than others. As Carsten Fritsch of Commerzbank AG Frankfurt pointed out to LBMA, “the end of the Fed’s rate hike cycle and the depreciation of the US dollar that this will trigger should lend buoyancy to the gold price this year. The silver price is likely to follow the gold price on its upward trajectory for the most part; nonetheless, we do not expect silver to perform noticeably better than gold, apart from some brief periods.” But the same reasons that buoy precious metals’ prices impact negatively on those of base metals. A global economy losing momentum dampens industrial demand for copper and zinc, the most important non-ferrous base metals in Mexico in terms of production, and a climate of uncertainty deters new investments from taking place. Copper prices averaged US$2.60/lb in 3Q19, a 19.5 percent decrease from the US$3.23/lb at which they kicked off 2018. In turn, zinc prices have fallen consistently during 1H19, and the Shanghai Metals Market noted that it sees “further downside room in (the metal’s) prices.”

GOLD ON A BULLISH RUN
After falling to nearly US$1,000/oz in 2015, the industry is keen to capitalize on the rise of the gold price in 2019. The yellow metal averaged US$1,357/oz during the first three quarters of the year and reached US$1,537 in August. As per figures released by the World Gold Council, global gold production in 2018 grew slightly in comparison with the previous year, reaching 104.8 million ounces. Mexico regained eighth place on the global list of gold producers after falling to ninth in 2017. This recovery came to pass despite the country’s production having diminished 6.7 percent in 2018, totaling 3.8 million ounces. Among the factors that CAMIMEX lists to account for the contraction of Mexico’s gold output in 2018 are the following. First, the yield at Goldcorp’s Peñasquito decreased 43 percent that year, particularly due to the exhausting of high-grade mineral ore. Second, the Pinos Altos mine in Chihuahua, operated by Agnico Eagle showed a slight diminution—3.5 percent—in its production. Third, Alamos Gold’s El Chanate ceased activities and progressed into the residual leaching phase, just as McEwen Mining’s El Gallo. Finally, the performance of several smaller mines in San Luis Potosi and Durango was less than expected.
Despite the lasting consequences these factors may have, CAMIMEX expects a moderately higher production in 2019. Projects such as the additional leaching pads at La Herradura plus Fresnillo plc’s new pyrites plant are arguments supporting this expectation. Likewise, Candelaria Mining expects to kick-start production at its Pinos mine in Zacatecas, which is expected to produce 12,700 ounces of gold per year. For the period encompassing 2019-2024, CAMIMEX reported that the registered portfolio of new gold production projects amounts to US$2.7 billion. The most important projects include Torex Gold’s Media Luna (US$482 million investment), Grupo México’s Buena Vista Zinc (US$413 million) and Fresnillo’s Orisyvo (US$350 million). It is worth noting the recuperation achieved by El Limón Guajes mine, which after the illegal blockade it suffered in 2017 helped establish Torex Gold, its owner and operator, as the second-leading gold producer in Mexico in 2018. The mine’s excellent performance in 2018 was sustained in 1H19, achieving a gold production of 191,515 ounces during the latter period.

NATIONAL SILVER EXCELLENCE
The Silver Institute notes that global silver mine output declined for the third consecutive year, falling by 2 percent in 2018 and amounting to 855.7 million ounces. The institute partly attributes this fall to Guatemala’s High Court suspending the mining license of its biggest operation and to other disruptions in Canada and the US. Also, physical demand increased 4 percent that year, propelled by a modest rise in jewelry and silverware fabrication and a jump in coin and bar demand. Lastly, industrial fabrication lost 1 percent, which slightly reduced its market share from 59 percent to 56 percent.
For nine consecutive years, Mexico remained the world’s top silver producer, primarily thanks to a solid performance of the primary and gold sectors. According to data released by INEGI, silver mine supply from the North American country rose by 4 percent in 2018 (with respect to 2017), to a record high of 194.5 million ounces. The rise, as the Silver Institute and CAMIMEX explain, was led by a 7 percent growth in Fresnillo plc’s output, where higher grades and higher recovery rates at La Herradura mine and the ramp-up of phase two of the San Julian mine pushed the company’s silver production to 58 million ounces. Moreover, the acceleration of operations at Saucito’s pyrites plant is expected to partially offset the decrease in head grades the mine has experienced in the last few years. “The plant represents a US$155 million investment. It will result in the production of 3.5 million ounces of silver on average at a very competitive cash cost of US$2.50 per ounce,” says Octavio Alvídrez, CEO of Fresnillo. In turn, Industrias Peñoles achieved better grades and higher throughput, which boosted production to a total of 14.8 million ounces, representing a 5 percent increase from 2017.
As per data compiled by CAMIMEX, Zacatecas tops the ranking of producers in Mexico, with a participation of 37 percent; Saucito, the country’s top silver mine in 2018, is located in this state. Chihuahua comes second, with 21.4 percent; the northern state’s production registered a substantial year-on-year rise thanks to improvements at Palmarejo, San Julian and Cusi mines. Durango occupies the third position, with 15.7 percent; the state’s production increased by 38.7 percent in contrast with the previous year. CAMIMEX forecasted an increase in Mexico’s silver production in 2019, as several recently inaugurated projects begin to consolidate; likewise, mines like Los Gatos, Aranzazu and Capela are expected to kick-off operations in that same year.

COPPER, ZINC ASPIRING CROWN JEWELS
Notwithstanding the effects of the trade war between the US and China, the International Copper Study Group (ICSG) expects a modest growth in demand for copper in the short term, as the metal is essential to economic activity and even more so to the modern technological society. However, lower Chinese demand is expected, and the outlook for the EU and Japan remains sluggish for 2019 and 2020. Demand in the US is expected to rise in 2019 and level off in 2020. The ICSG foresees the world ex-China usage to grow by around 1.7 percent in 2019 and a further 2 percent in 2020. CAMIMEX points out that a major short-term trend in the industry will be the deficit in the concentrates market, which will put pressure on the refined copper market.
According to data released by CAMIMEX, the biggest copper producer in the world in 2018 was Chile, followed by Peru and China. Mexico holds the eighth position in the ranking: according to INEGI, the country produced 751 tons in 2018, a 1.2 percent increase with respect to 2017. Buena Vista del Cobre remained the top producing mine in 2018, churning out 414,142 tons, 4 percent less than the previous year. Located in Sonora, Buena Vista del Cobre is the world’s second-biggest copper mine by reserve, as it contains 27 million metric tons of copper reserve, according to ICSG. Cananea started production in 1899, which makes it one of the oldest open-pit mines in North America. CAMIMEX does not expect Mexico’s production to alter significantly in 2020 due to new projects. Only the El Boleo mine, owned by Kores Camrova Resources is projected to consolidate and produce 28,500 tons of copper cathodes.
With respect to zinc, the International Lead and Zinc Study Group ranked Mexico as the sixth-top producer in 2018, behind the US and India. Mexico’s production accounted for 5 percent of global production, amounting to 690,895 tons. According to INEGI, Zacatecas is the largest producer in Mexico, even if the state’s production was 0.6 percent lower in 2018 than in 2017, mainly due to a decrease in the production of Goldcorp’s Peñasquito. Chihuahua and Durango ranked second and third in production, respectively. The companies that produced the most zinc in Mexico in 2018, in order of importance, were Peñoles, Goldcorp, Fresnillo plc, Grupo México and Frisco. The new zinc project to highlight in Mexico is Peñoles’s Capela in Guerrero. As Fernando Alanís, the company’s CEO notes, “we will be able to produce three types of concentrates coming from lead, zinc and copper. This asset will have a total milling capacity of 4,500t/d, which positions Capela between a middle-sized and large-sized mine. We expect it to be one of the group’s best mines, entering full production in late 2019.” Capela fits into the company’s strategy of supplying zinc to the US. “We have expanded our refining plant’s capacity in Torreon to 360,000 tons,” Alanís says. “We have increased our exports to the US by 30 percent since 2018.”

EXPLORATION SLUGGISH
According to S&P Global Market Intelligence, the nonferrous total exploration budget tends to mimic the annual indexed metals price. After four years in decline, S&P Global Market reports that global exploration nonferrous expending hit a peak, growing to US$8.4 billion in FY17 from the US$7.3 billion in FY16. But these numbers are still a drawback compared to the nearly US$9 billion spent in 2015 or the more than US$22 billion spent in 2012, when the four-year slump begun. S&P’s expectations for 2018 calculated a 15 to 20 percent exploration budget increase given the positive outlook in metal prices. In Mexico, CAMIMEX points out that exploration investment carried out by its affiliated companies in 2018 was US$445.5 million, while the projected investment of these companies for 2019 is US$382.2 million. 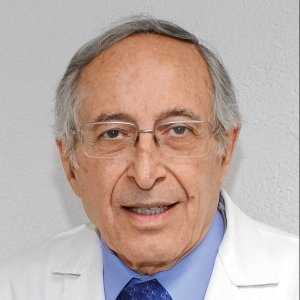 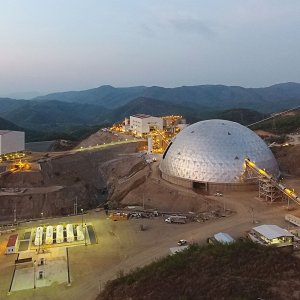 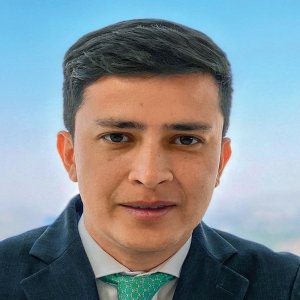 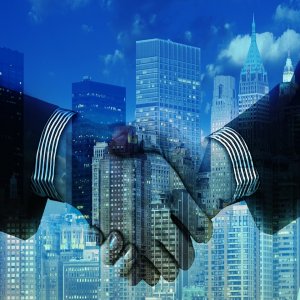 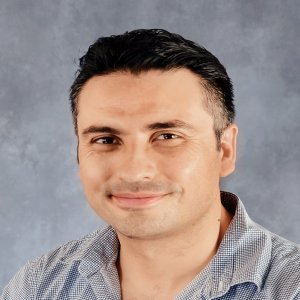 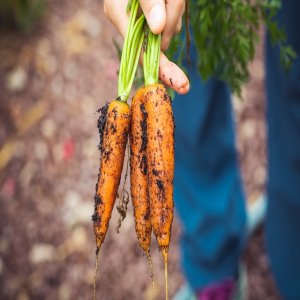