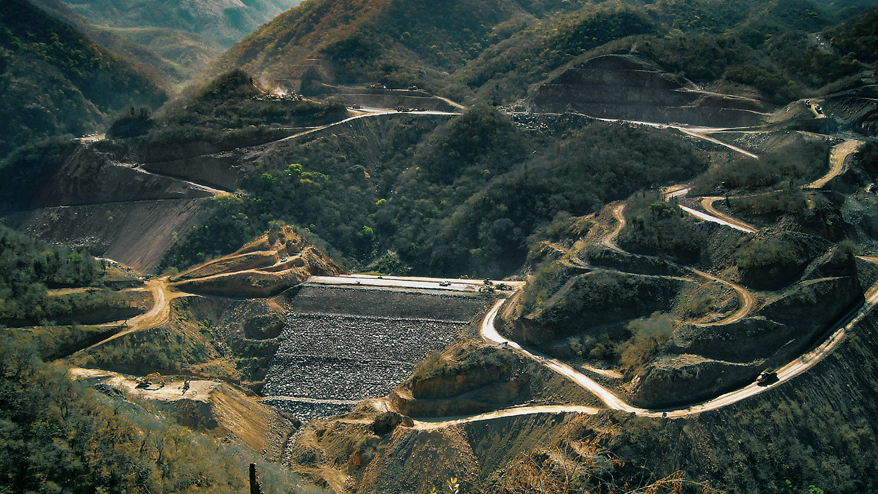 Only 15 kilometers east of Temoris, Chihuahua, the Palamarejo mine has been producing gold and silver since 2009, and is wholly owned by Coeur Mining, a company that owns five precious metals mines in the Americas. Palmerajo’s operations are carried out both in open pit and underground mines. The local electricity company supplies enough energy so that its onsite generators only have to be used in the case of emergencies. Feasibility studies have brought to light proven and probable silver reserves of 44.9 million ounces of silver, and 690,000 ounces of gold. In 2015, production totaled 5.1 million silver ounces, and 70,922 ounces of gold, and for the present year the company is expecting to generate 3.9-4.4 million ounces of silver, and 67,000-72,000 ounces of gold.

As it is located upon the occidental Sierra Madre, superficial mining is achieved through conventional operations that penetrate with the help of explosives, trucks, and shovels. Three main portals that rely on a ramp system grant access to its underground mining sites. Operations are currently running at full capacity. Palmarejo’s plant is fed by a mixture of underground and superficial sources. The content is churned together through the main shredder at a rate of approximately 6000t/d. Tasks related to milling, flotation, carbon leaching, electrowinning, Merril Crowe processes, and doré are all sent to refining and smelting associates that are found in Europe and the US.

The mine holds epithermal deposits and contains multiple seams, breaches, and fractures. The structure dips between 40° and 70°. The highest grade of silver can be found among the superior part of the mineralized structures, while the highest grade of gold is among the lower portions. Palmarejo encompasses a rich spectrum of areas of interest, of which the most important is in the northern region of the concessions. Palmarejo is continuing the company’s focus on operational excellence and profitability by progressing only toward higher grade, and higher margin underground operations. Underground mining rates at Guadalupe averaged 1,800t/d in 1Q16. Coeur Mining is aiming to reach 4,000t/d in the Guadalupe and Independencia sites by mid-2017. The company has greatly prioritized process optimization, which has increased recoveries, and reduced processing costs. Production rates also improved thanks to the acquisition of additional property in April 2015. A gold streaming agreement between Coeur Mining and Franco Nevada will further improve cash flow by late 3Q16.