Located in one of the best states for mining jurisdictions in the country and in one of the top countries in the world for mine permitting and ability to operate, the Cerro Caliche Project in Sonora, Mexico has all the elements necessary to prove successful in the long term, said Kenneth McLeod CEO of Sonoro Gold.

Cerro Caliche’s project, a 45-minute drive from Magdalena de Kino city in Sonora and a 3-hour drive from Tucson Arizona, has seen its potential grow since Sonoro Gold acquired it. A July 2019 technical report showed approximately 200,000oz of minerals. Since then, the company has extended drilling to 47,500 meters, expanded drilling in the area to the north and has been drilling and doing some additional surface work in the area between the El Rincon Zone and Cerro Caliche Peak. “We anticipate that this whole area will become a mineralized zone as well with future drilling”, McLeod says. 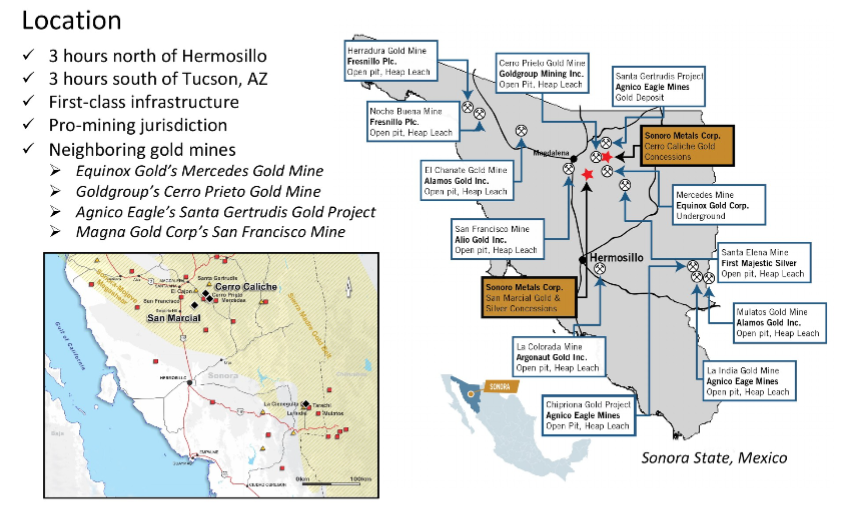 Sonoro Gold is elaborating a preliminary economic assessment (PEA) on the project, while focusing on the shallow potential of the project. According to McLeod, the area has been proven to be extremely well mineralized. Currently, the project has 47,500 meters of drilling, while the average length of the hole is 110 meters over 433 holes, meaning that at a 45-degree dip, it suggests that the depth that the company has been drilling is approximately 90 to 100 meters. “We did not want to take any great risks by attempting to go deeper to try to develop a Mercedes-style deposit”, he said. “We have been very successful in illuminating the great potential for the shallow oxide near-surface resource in this area,”

Sonoro Gold is now in the process of finalizing a mine plan and is expected to announce the resource estimate and the economics and preliminary economic assessment in mid-September. McLeod added that metallurgical testing of the project kicked off last December with McClelland Laboratories. Meanwhile, auditors Micron Technology is performing the resource estimation, while project management firm Danem Engineering is performing the PEA. 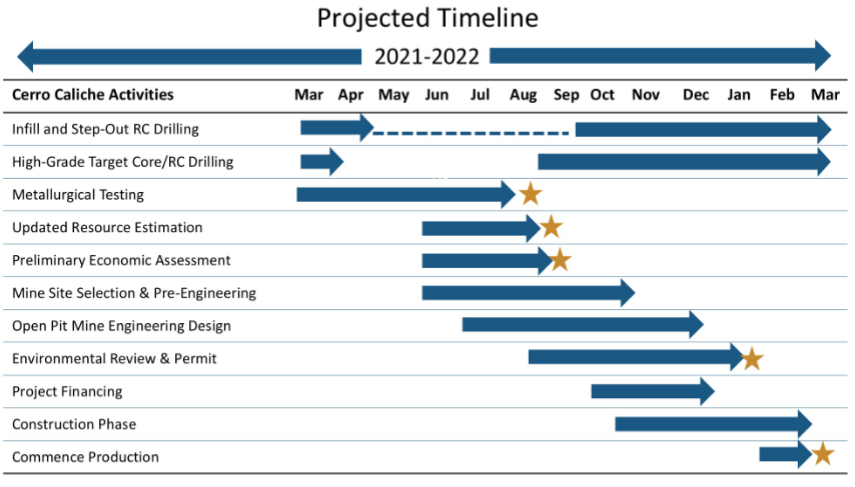 The Vancouver-based company anticipates that over the next four to five years they will have sufficient material based on the current drilling at Cerro Caliche to support a minimum of five years of mine life. It also anticipates production of 15,000 tons per day within that five-year period. In the coming weeks, while awaiting the PEA release, the company's intention is to work on planning the next phase of drilling, which is expected to be in the southern part of Buena Suerte and El Colorado area. “There are lots of other areas for additional drilling that we feel will be able to expand the resource.”

A report released by Sonoro Gold in May 2020 found that the project potential suggests more than 200,000 ounces in the Japoneses Zone, while the potential for the rest of the property is between 75 million tonnes and one hundred million tonnes with a point three to point five grading. 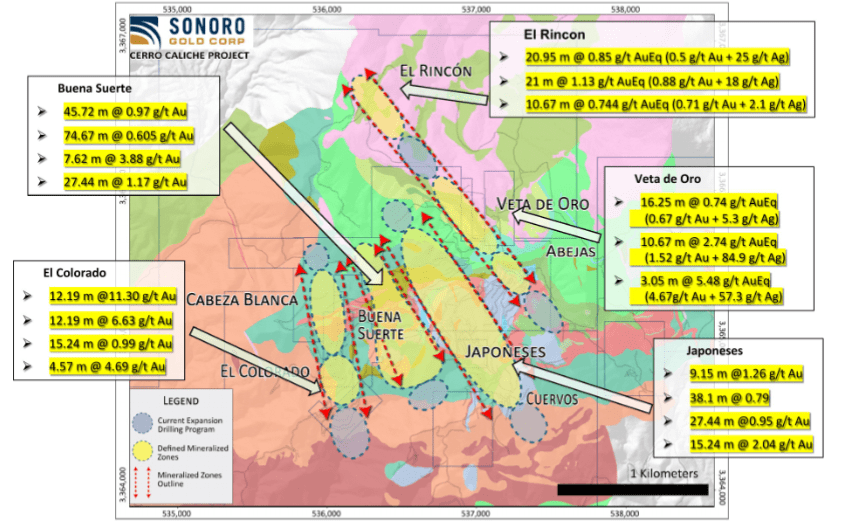 The Cerro Caliche project has two key players in the country: Vice President of Exploration Melvin Herdrick and Operations Manager Jorge Diaz, both based in Hermosillo. Herdrick, with more than 40 years of experience, is attributed to have more than five gold discoveries, the most notable being the San Antonio deposit on the Baja California peninsula and the La Colorada deposit in Sonora. Jorge Diaz, has more than 49 years of experience in designing, building and operating mining projects in Mexico, and has worked for other large companies such as Peñoles and became the number one employee of Alamos Gold when construction began on the Mulatos mine. “He even has his own small mine operating, located at a three-hour drive of Hermosillo”, Kenneth said.

In January 2018, Sonoro Gold, through its wholly-owned Mexican subsidiary, Minera Mar De Plata, entered into the first of five option agreements to acquire a 100 percent interest in the Cerro Caliche Group of Concessions. The project, which is surrounded by producing mines, is located between the two world-class mining districts of the Sierra Madre Gold Belt and the Sonora-Mojave Megashear.

Sonora is one of Mexico’s leading mining states and is also an important producer of gold, accounting for 37 percent of the country’s gold production in 2019, as well as silver, copper, iron and non-metallic minerals. “Low-cost available workforce, first-class infrastructure and pro-mining climate have positioned Sonora as a premier mining destination”, Sonoro Gold reported in a blog post.