Trends in the Lead and Molybdenum Markets

According to the International Lead and Zinc Study Group (ILZSG), in 2012 the primary global lead output was 5.2 million tonnes, which translated to an increase of 11.5% over 2011. China provided 55% of the primary lead production in the world, and together with Australia, the US, Peru and Mexico accounted for more than 80% of total global production. Total global consumption increased by 1.3%, reaching 10.6 million tonnes, of which 80% was used in the manufacturing of lead-acid batteries. Today, secondary sources or recycling provide more than half of the world’s consumption. During 2012 the global lead market was in surplus. London Metal Exchange (LME) prices were volatile, averaging US$2,094 per tonne. The surplus in lead production is likely to continue in 2013, though the ILZSG anticipates that it will remain at 42,000 tonnes, mainly due to lower forecasts for metal production. Global lead usage is anticipated to rise by 4.8% to 11.09 million tonnes by the end of the year. 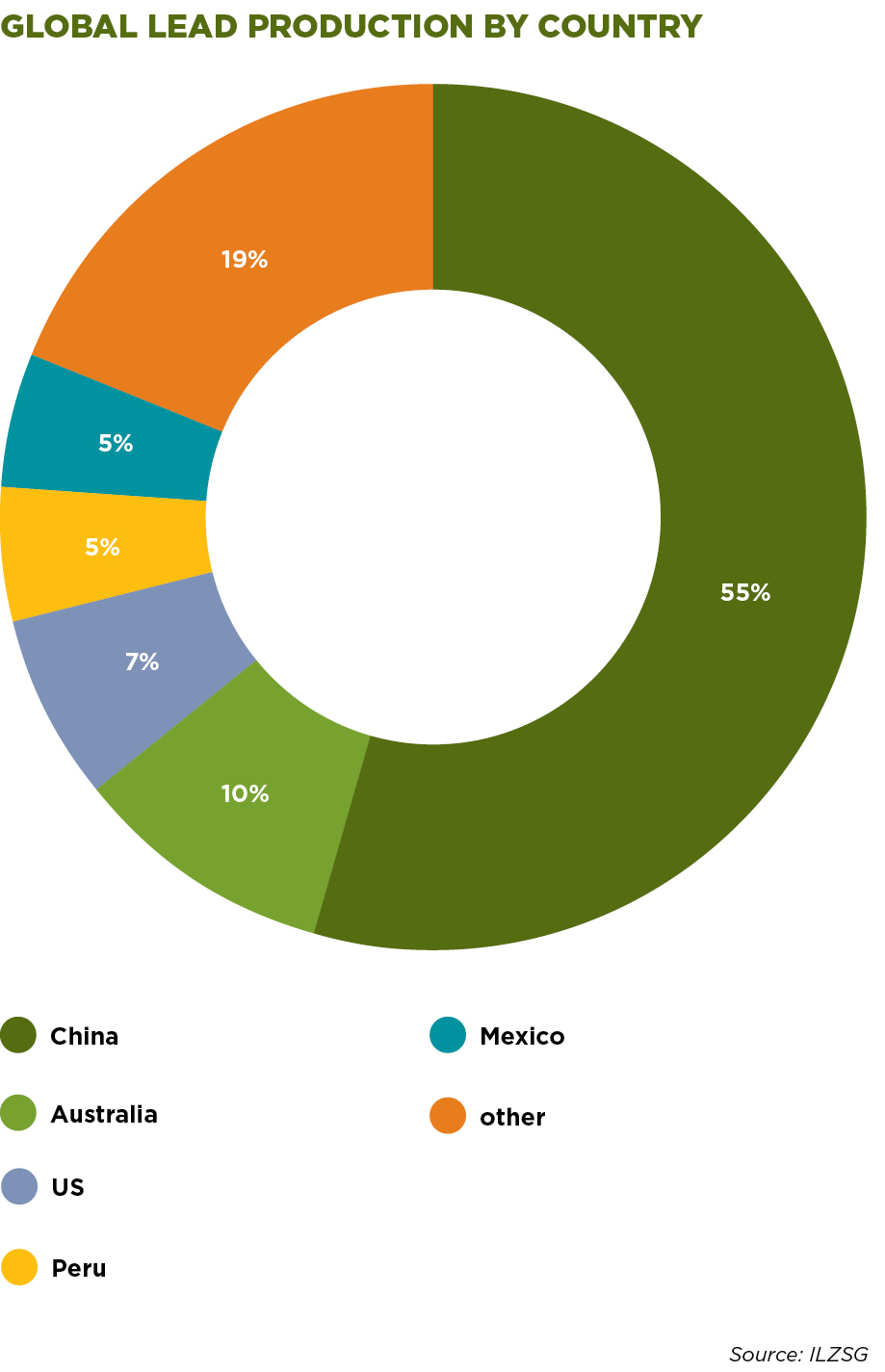 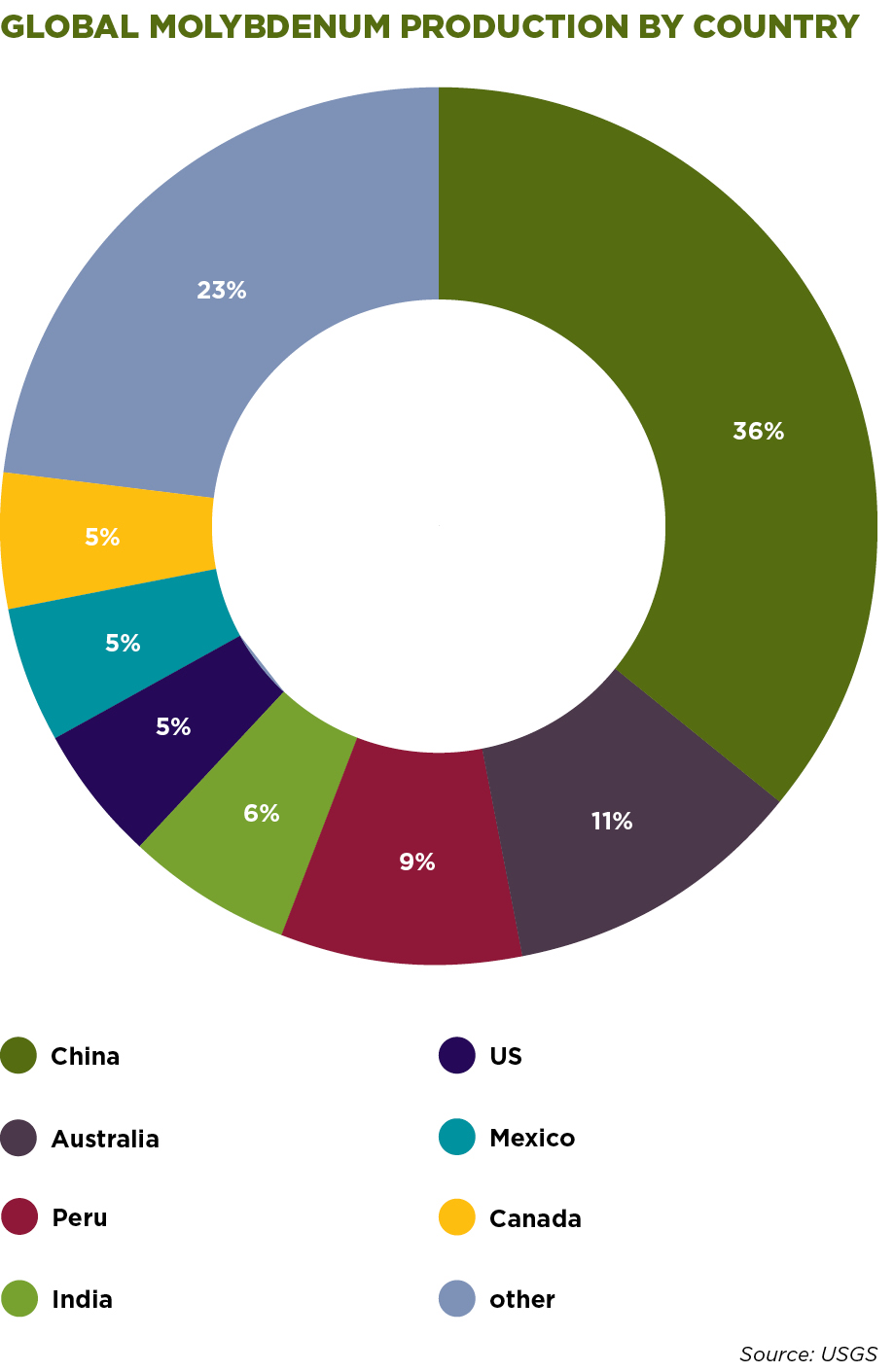 Molybdenum’s main application is as an alloying element in steels and cast irons, with the purpose of enhancing hardenability, strength, toughness, and wear and corrosion resistance. According to the US Geological Survey (USGS) the total global molybdenum production in 2012 was 250,000 tonnes, which was 5.3% lower than in 2011; China is the main global producer, accounting for 42% of the total output, followed by the US with 23%, and Chile with 14%. The average cost of molybdenum is US$12.74 per pound, which is significantly lower than the 2011 average of US$15.7. According to the Global and China Molybdenum Industry Report 2012-2015, demand for molybdenum is expected to grow in 2013, along with total global production.

During 2012 Mexico was the fifth molybdenum producer in the world, with a total output of 10,968 tonnes, which were solely produced by Grupo Mexico’s La Caridad Mine in Sonora. Grupo Mexico is working on a molybdenum plant for Buenavista del Cobre, which will produce 2,000 tonnes annually. The group is also working on its Molybdenum Plant II, which has an expected output of 2,600 tonnes per year and will begin production during 2015. Mercator Minerals is continuing work on its El Creston molybdenum property in Sonora, which has a potential production of 11,000 tonnes and is expected to begin operations in 2016.