The Mexican government and Grupo México reached an agreement to create a US$28.98 million fund to provide pensions to around 1,000 miners from Cananea who have been denied a fair retirement. The pension is expected to be monthly and last 10 years starting in January 2022. In addition, the government announced its plans to address other issues in the region.

The initiative to grant a pension to the miners of Cananea is part of the Justice Plan for Cananea of President López Obrador, which seeks to improve the quality of life in the region that has been affected by irresponsible mining activities.

Authorities announced that the Justice Plan also includes developing a study between Nov. 18 and 26, to detect possible resident´s health damages due to Sonora River´s pollution caused by the spill from Grupo México’s mine. In addition, Sonora´s authorities have announced that it handed over control of the General Hospital of the Zone to the IMSS in order to provide better health services to the entire population, including non-beneficiaries.

López Obrador said that there is the possibility that there will be a meeting between miners, companies and the government to decide what is the best way to benefit the municipality. "Reconciliation will take time, but we are not ruling it out," López Obrador said.

Minister of Labor, Luisa María Alcalde, announced that the Ministry will begin to deal with complaints related to the blacklists that affect workers and the problems of Section 65, a group that has been on strike for the past 14 years. The Minister of the Interior, Adán Augusto López, applauded the cooperation of Grupo México to create the fund and provide the necessary investment for the installation of 10 water treatment plants, sanitation plants and rehabilitation of water pipes.

What Happened in Cananea?

For years, former workers of the Cananea copper mine say they were owed US$54 million due to a conflict in 1990, when the mine was privatized and became property of Grupo México. In addition to this claim, the SNTMMSSRM union’s section 65 has held an unofficial strike since 2007, arguing that the conditions at the mine are unsafe. In 2010, a court ruling ended the contract between the union and Grupo México; however, the strike continues. The resolution of the conflict is very important since Cananea, now Buenavista, is the company's largest copper mine in the country.

Moreover, On Aug. 6,  2014, Grupo México's Buenavista del Cobre mine reported a spill that sent 40,000m3 of acidified copper sulfate to the Bacanuchi and Sonora rivers, affecting 22,000 people in seven municipalities that no longer had potable water. Many essential activities such as agriculture, livestock, mining, tourism and handicrafts were severely affected, while others ceased to exist.

Grupo México created a US$106 million fund to remedy the environmental and health damages caused by the mine spill. However, it closed after less than 1 percent of the total amount had been used, and therefore no tangible changes were achieved, El Informador reported. Grupo México has argued that its Buenavista mine has been a driver of development for Cananea. It has also reaffirmed its commitment to the well-being of the environment and its communities. 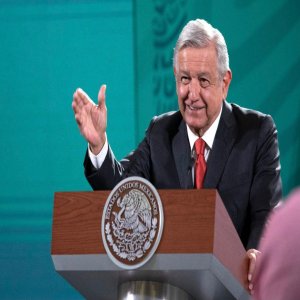