The annual investment budget for the Burgos project is US$1.3 billion, creating attractive business opportunities for companies that have expertise in the development of non-associated gas fi elds. Field development for Burgos has allowed the participation of di erent private companies through the tender of several multiple service contracts (MSCs) for di erent blocks: with the Reynosa-Monterrey, Misión, Cuervito, Fronterizo, and Olmos blocks being awarded in the fi rst round; the Pandura-Anáhuac and Pirineo blocks awarded in the second round in 2006; and the Nejo and Monclova blocks awarded in the third round in 2007. An important part of Burgos’ total production is currently yielded by the blocks awarded in these contracts. Even though Burgos has already produced around 12 tcf of natural gas, there is still much gas to be extracted from the area. Its remaining 1P reserves amount to 1.88 tcf of natural gas, while its 3P reserves total 3.76 tcf. The continuing evolution of the project will depend on the constant analysis of the fi eld and the implementation of new technologies and procedures that could help to optimize production in years to come. In this respect, Luis Vázquez Sentíes, President of Grupo Diavaz – one of the companies currently working at Burgos – believes that the next step for fi eld development at the asset is to change the MSCs that are currently being used there to integrated service contracts (ISCs). “We are currently working at two of the fi elds at Burgos where Petrobras is the leader of our consortium, and we are lobbying for the contracts there to develop into ISCs,” he says. 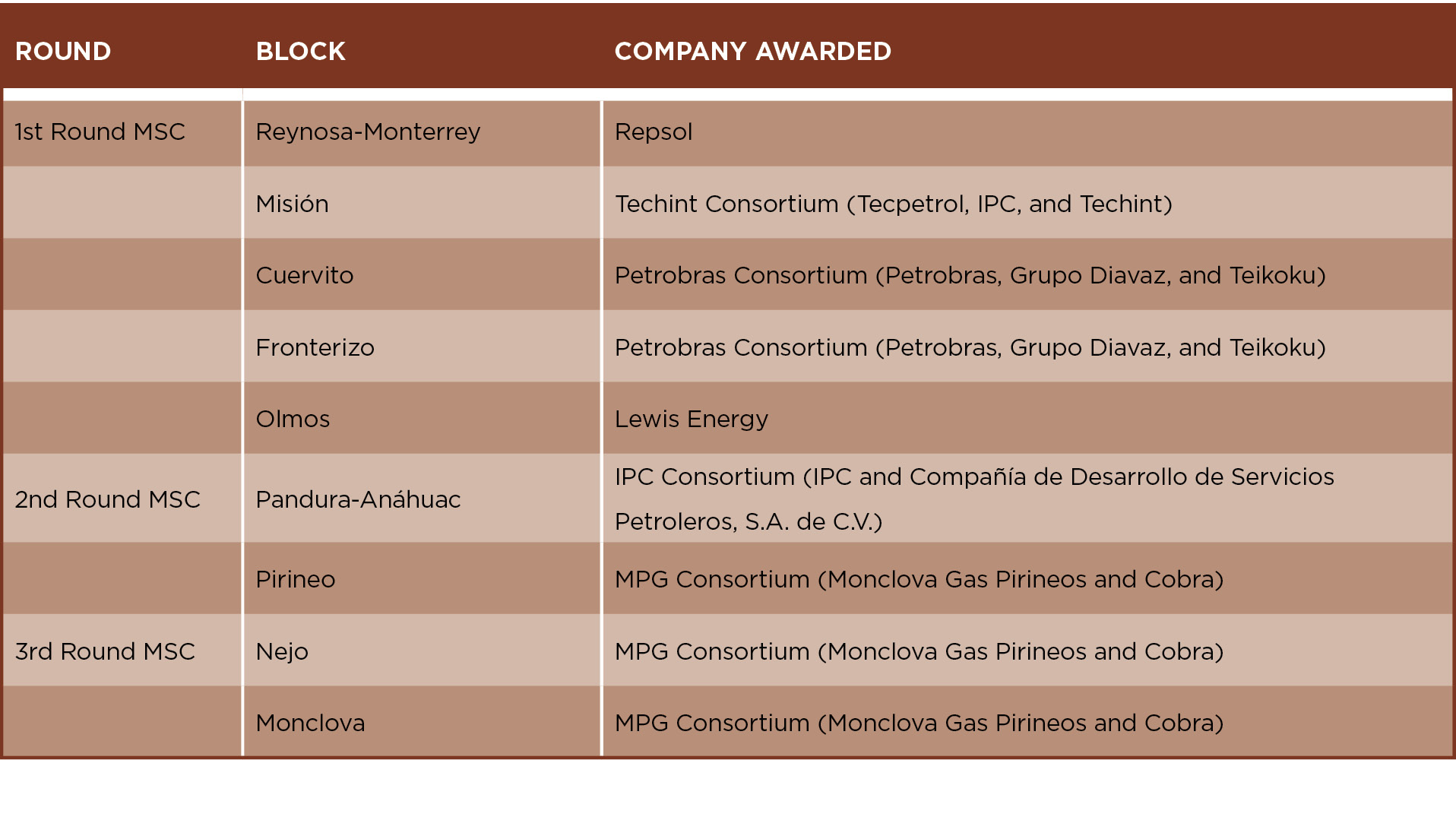