A Complex Past, a Bright Future

In the oil and gas bidding rounds, the most successful round in terms of allocation rate was 1.3. 100 percent of the onshore blocks were awarded, confirming that Mexican and international operators see real value in Mexico’s onshore reserves.

Mexico’s onshore oil and gas industry may be well- established but that has not stunted interest. PEMEX has operated extensively in onshore fields and a private market already exists through its CIEPs and COPFs. Even so, the Energy Reform has sparked more onshore activity and 2016 saw all of Round 1.3’s 25 onshore contracts being signed. Being a purely extraction round, the blocks offered in Round 1.3 had all been operated by PEMEX previously. Two more onshore licensing rounds are planned for while a long-awaited unconventional round is also expected to be launched. 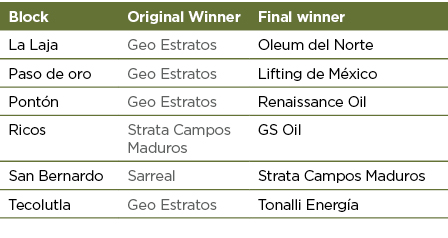 Although the winners of Round 1.3’s blocks were announced in December 2015, the contract-awarding process was not completed until August 2016, after six blocks passed hands from the original winners to those that came in second.

While some companies assess the best strategy to proceed with drilling and initiate production, others are already up and running. Among them, Strata BPS hopes to increase its current production on the three fields it won  in Round 1.3 from the current 8MMcf/d of gas to 15MMcf/d by the end of 2017. “Increasing production by 50 percent based on maintenance work that had been neglected and bringing back the low hanging fruit of wells that were shut are things that are easy to fix,” says Rogelio Montemayor, CEO of Strata BPS.

In stark contrast to the quick progress being made on Round 1.3’s blocks by their winners, the delayed migration of the CIEPs and COPFs contracts to PEMEX’s new model has been a cause of consternation. The CIEPs (Integral Contracts of Exploration & Production) that are service contracts based on a fee per barrel, and COPFs (Financed Public Work Contracts), service contract that work on a catalog price unit basis and are used for gas fields in the Burgos Basin, allowed E&P and service companies to partner with PEMEX pre-Energy Reform.

The migration of the 22 existing contracts to the model aligned with PEMEX’s new status as a productive state enterprise has been in the pipeline since 2014 but little palpable progress has been made. “The first priority should be to complete the contract migrations so that Mexico’s private oil and gas sector can start competing properly,” advises Luis Vázquez, President of Grupo Diavaz, which  counts two CIEP and two COPF contracts among its portfolio.

With an estimated 2,208 million boe in 2P reserves present in the blocks held under CIEP and COPF contracts, the stakes are high to migrate them to CEE contracts. Despite the delays, Jesus Rodríguez, Founding Partner of RDA, assures that progress has been made despite company complaints to the contrary. He puts advances down to “PEMEX’s new vision and its improving relationships with CNH and the Ministry of Energy.”

Despite significant postponements to the contract migrations, developments are still being made within the current contractual models. At the beginning of 2017, Lukoil chose Renaissance Oil as its new partner for operations on the Amatitlán block, where the Russian heavyweight has operated under a CIEP contract with PEMEX since 2015. Described as a “game changer” for Renaissance, which already has four blocks from Round 1.3 under its belt, the company has emphasized its intention to develop Mexico’s shale potential through its activity in the country’s onshore sector.

“Unconventional reservoirs saw a boom in Canada and US and new technologies were developed to take advantage of them, but that has not happened in Mexico. It is inevitable as fields are reaching maturity and the time to start exploiting them in Mexico is now,” comments Kevin Smith, Vice President of Business Development for Renaissance.

This is backed up by comments made by Aldo Flores, Deputy Minister of Hydrocarbons at the Ministry of Energy. “We hope to launch an unconventional resources round by the end of 2017, provided the regulation and every other element needed to move forward is solved,” he told Mexico Oil & Gas Review. 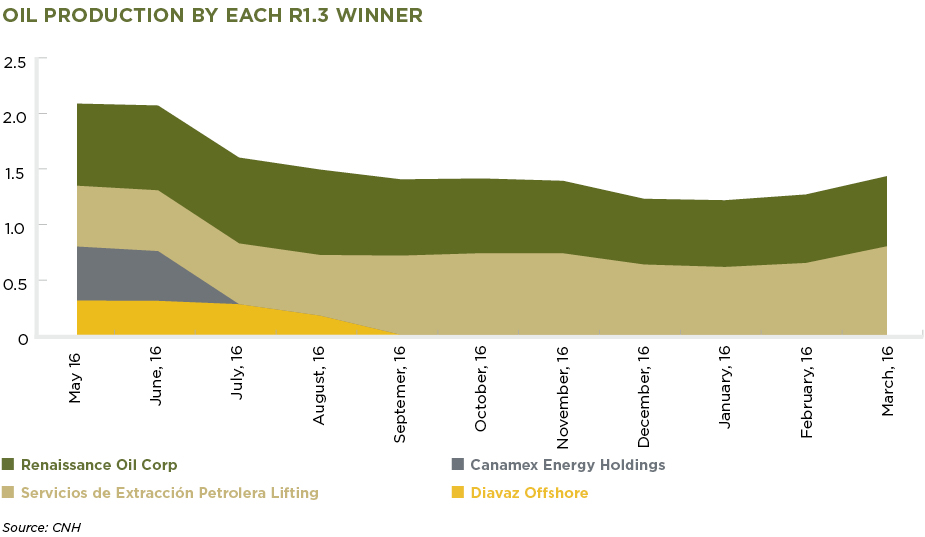