Difference Between Drilling Program and Reality

Pemex’s diversification strategy and attempts to increase production hinge on the success of its drilling program. Each new well drilled has the potential to increase the amount produced per day, whether it be an exploration well to confirm the production potential of reserves, or development wells to best exploit the potential of a particular region. Onshore projects will play a major role in this strategy. In 2012, Pemex drilled a total of 1,296 wells, and completed 1,238 wells, the majority of which were development wells, and located onshore.

It is important to remember that the number of wells drilled is not on its own an indicator of success for an oil and gas company: those wells have to be productive and drilled with purpose. Indeed, Pemex has been criticized in the past for rushing into drilling wells without a sustainable plan in place for exploitation. This happened in 2010 with Chicontepec. Mexico’s upstream regulator, the CNH, published a report which criticized Pemex for drilling too quickly at Chicontepec, instead of trying to optimize production at its already-drilled wells at the project. Pemex says that it has now learned from past mistakes, and indeed, drilling at Chicontepec did decline following the publication of the report. From drilling 794 wells in 2009, by 2012 this number had dropped to 642 wells drilled. The increase in the number of unconventional wells, predominantly horizontal wells, and the growing use of casing drilling technology has increased the complexity of drilling activity and thereby resulted in a reduction of the number of wells drilled per rig at Chicontepec, which has gone from 19.9 in 2011 to 18 in 2012, despite increases in drilling efficiency.

Pemex officials often discuss the impact of rig availability on reaching drilling targets, but when comparing the 2012 plan with the results for the year, the company managed to reach and surpass its targets with the equipment available. 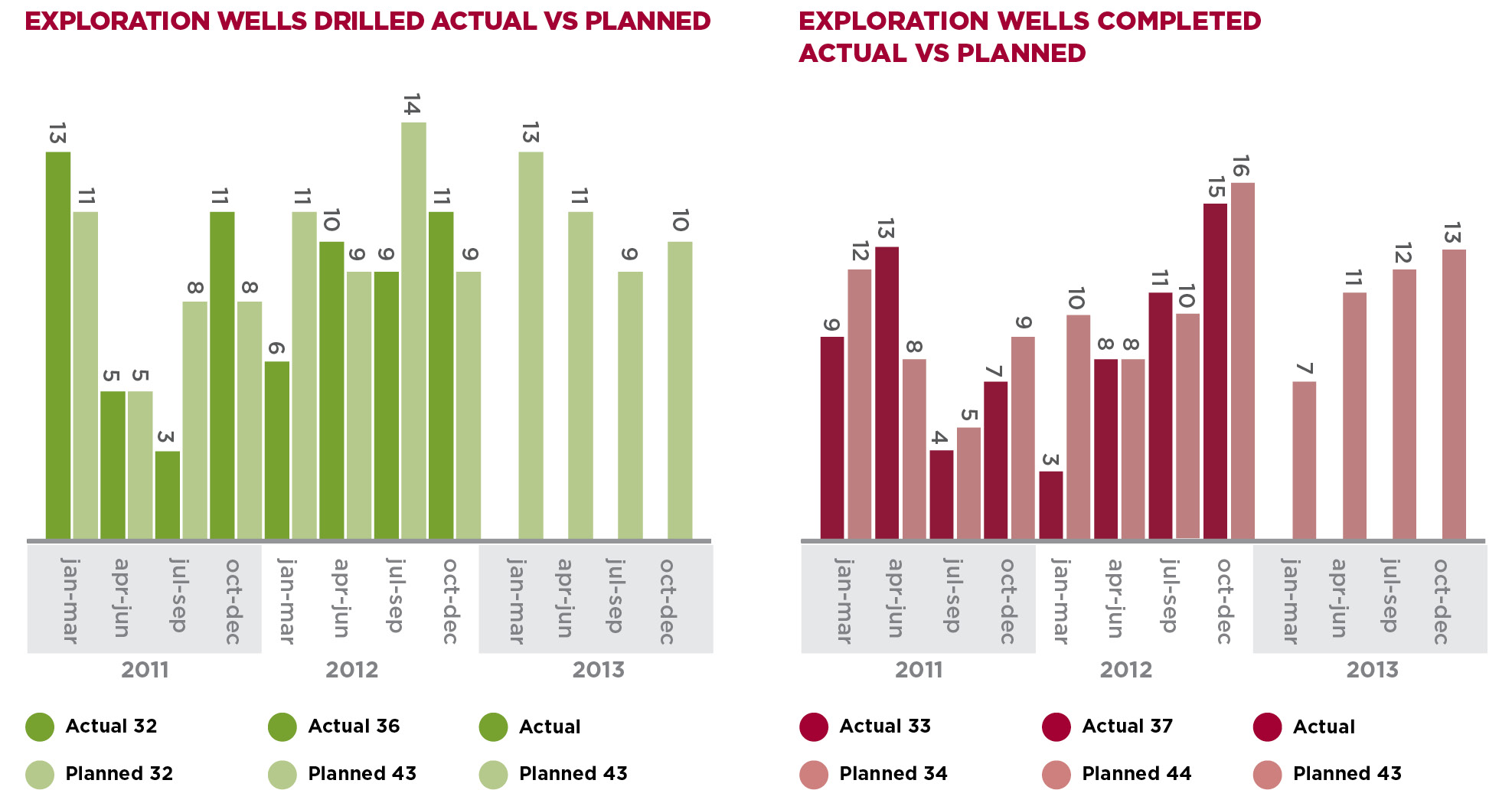