In 2012, Pemex improved its drilling efficiency. At the national level, taking into account both exploration and development wells, Pemex drilled a total of 1,296 wells with an average of 136 drilling units in 2012, which means that on average, each drilling unit drilled 9.5 wells during the course of the year. This represents an increase of eight units and 291 wells in comparison to 2011, a year in which the ratio was of only 7.9 wells drilled per unit.

Another factor for measuring drilling performance is the number of days taken to complete each well. On average, exploration wells were completed in 155 days in 2012, while development wells took an average of 34 days to be completed. Each well drilled at both Chicontepec and Burgos during the year took only 23 days to drill. However, at Cantarell, this number increases to 117 days per well, and at Ku-Maloob- Zaap, it took an average of 125 days. In the Southeastern Marine region, the average well took 222 days to drill, while in Pemex’s southern region, the average development well took 51 days to drill. Nevertheless, completed offshore wells generated a larger initial oil output, thus compensating for the added drilling time and cost entailed. Whereas onshore wells produced an initial output of 307 b/d during 2012, offshore wells generated an initial production of 4,917 b/d. 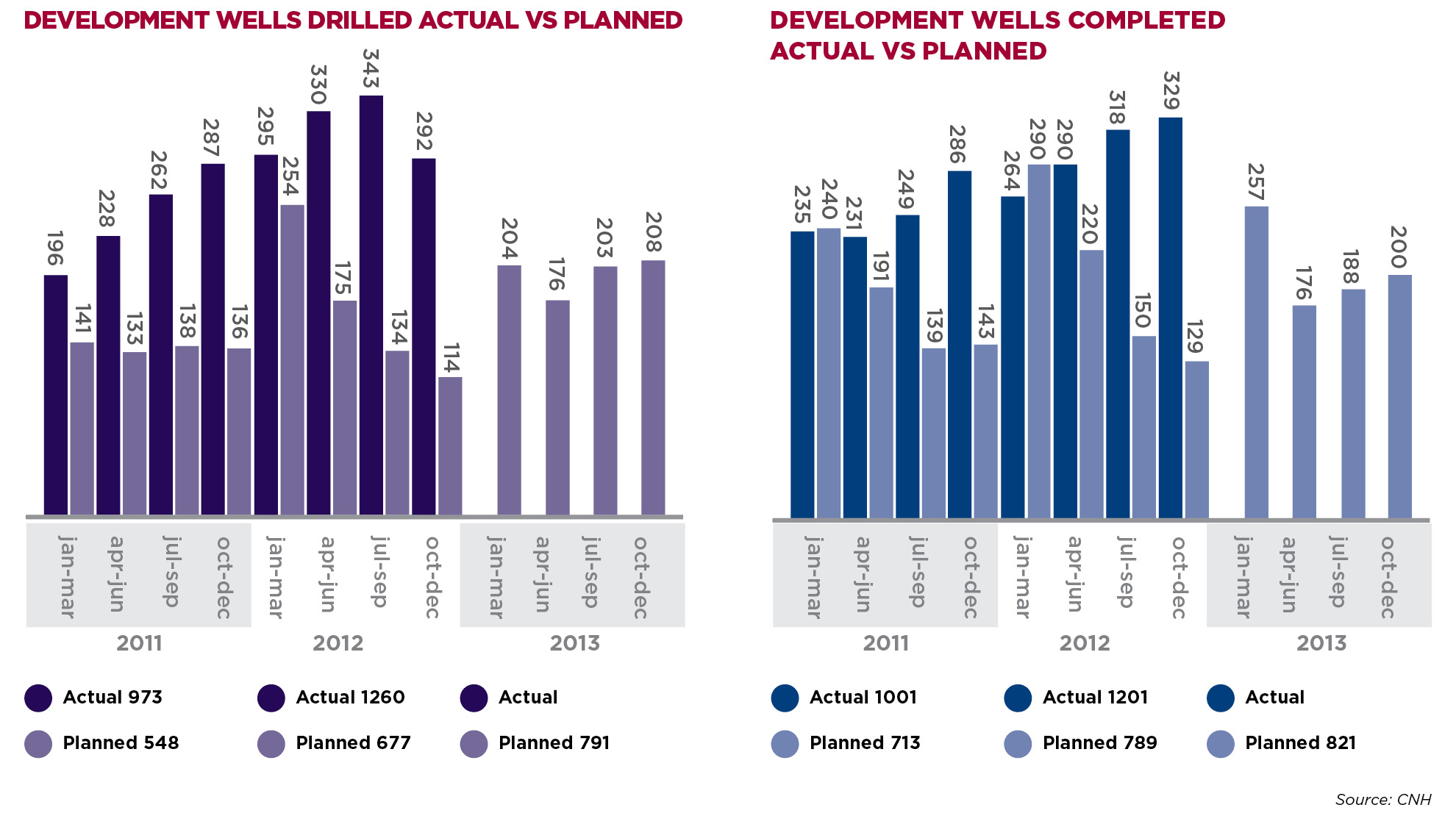