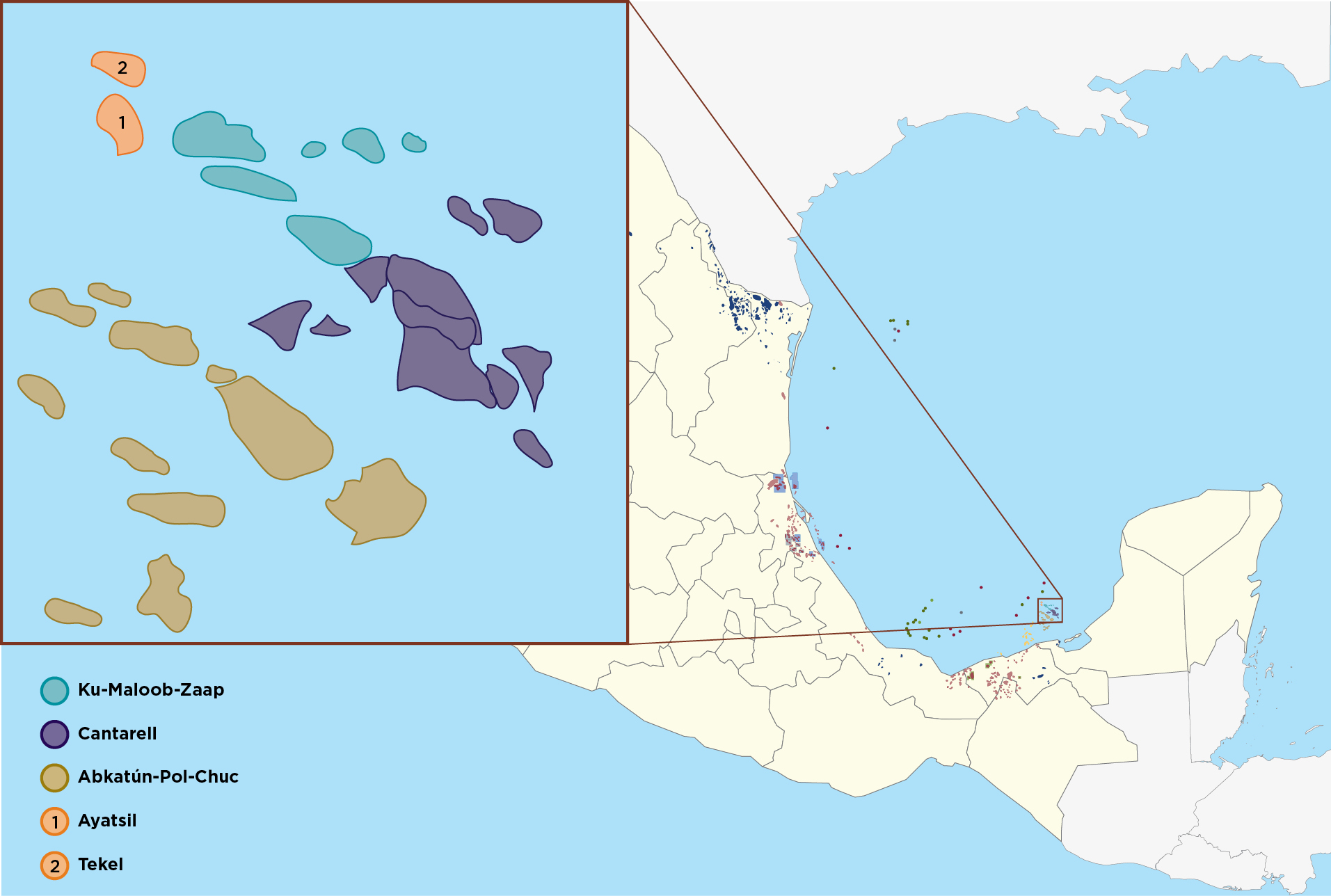 After Ayatsil-Tekel’s discovery in June 2008, it was categorized as the largest heavy oil finding in recent times and is expected to start production in 2014. Production will likely peak at 120,000b/d from a fractured reservoir that is located at a depth of 3,300-4,200m. After Ayatsil’s initial discovery, the Ayatsil-DL1 exploration well was drilled by Diamond Offshore’s Ocean New Era semi-submersible. Shortly thereafter, the same rig drilled the Tekel-1 exploration well nearby the Ayatsil field in 125m water depth. Tekel-1 resulted in another heavy oil discovery in 2009, confirming Ayatsil-Tekel as a promising development. Production at the Ayatsil-Tekel heavy oil field is expected to replace some of the declining production from Cantarell and KMZ. During 2012 and 2013, CGG conducted a doubledensity wide-azimuth seismic survey with its Alizé vessel in areas surrounding the Ayatsil-Tekel complex using CGG’s BroadSeis technology. “The aim is to work in areas where seismic surveys have already been conducted, in order to intensify the resolution of the images,” explains Dominique Gehant, CGG’s Geomarket Director for Mexico. The AyatsilTekel complex was estimated to have 596 million boe of 3P reserves as of January 2013 and 1P reserves of 333.29 million boe as of January 2014. In total, the block has proven oil reserves of 325.76 million barrels and proven natural gas reserves of 33.50bcf.

CICSA worked on the Ayatsil-A drilling platform, a US$68 million investment from PEMEX, which is the first step in the development of the Ayatsil-Tekel complex. Three more platforms were also required for the project. McDermott was awarded the EPC contract for the Ayatsil-B drilling platform, including the fabrication, pre-commissioning, load-out, and installation of the 11,650 tonnes platform. Additionally, the company will provide training for PEMEX personnel for the platform’s operation and maintenance and is expected to have more than 500 technicians on site. The commission of Ayatsil-C was awarded to ICA Fluor, at US$95 million and Ayatsil-D was awarded to COMMSA. All four platforms are expected to be installed during 2014. Some significant challenges at the Ayatsil-Tekel complex have to do with its production and storage conditions, partly due to high H2S and CO2 concentrations of its heavy oil. PEMEX plans to use an FPSO to provide storage in this area to mix the heavy oil produced at the complex with production from KMZ and light crudes to reach Mexico’s Maya export blend.