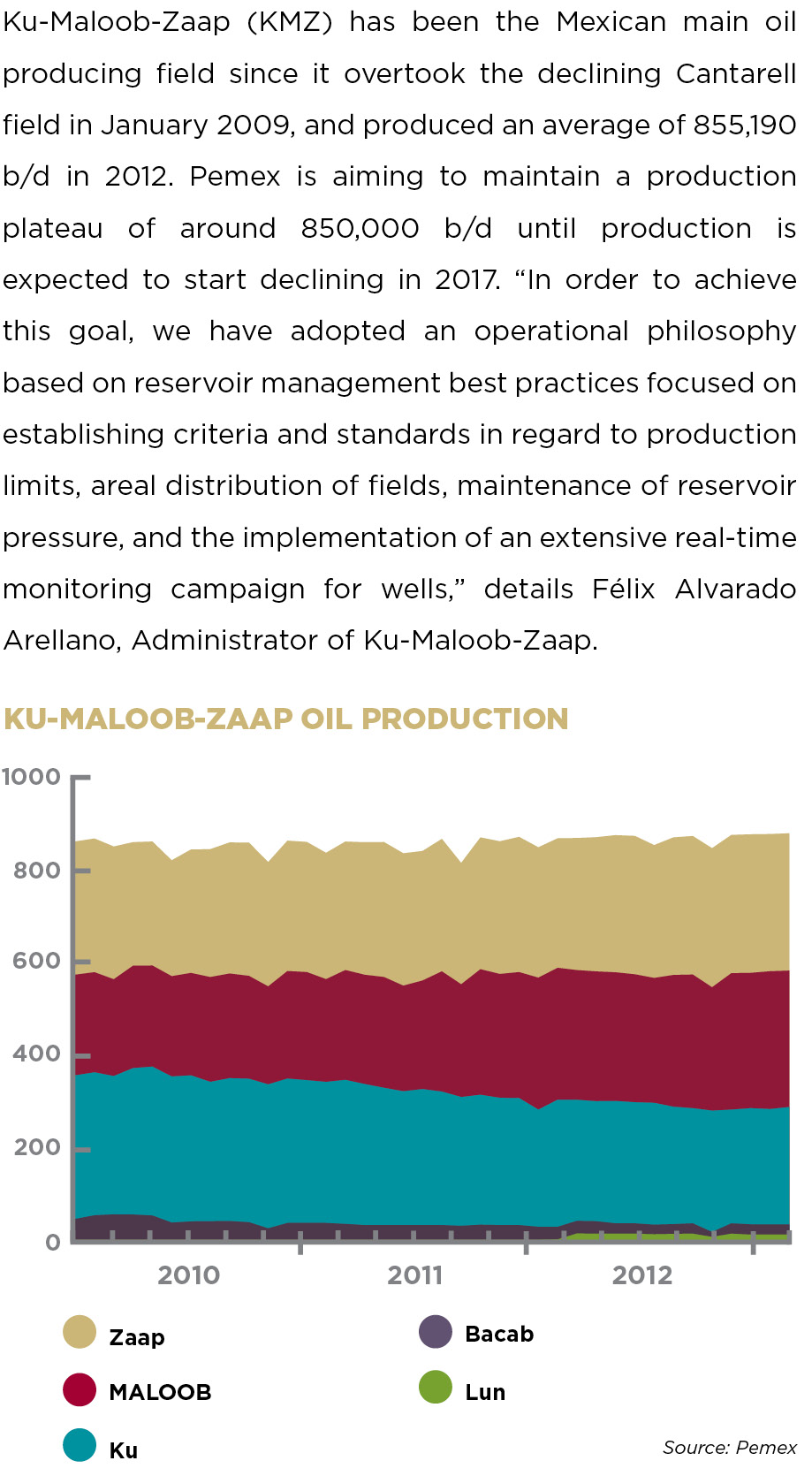 exploration program for 2013 contemplates the drilling of two wells in the heavy oil fields of Tson and Tekel, which will be drilled by the Field Development Divison, and later transferred to the Ku-Maloob-Zaap administration to be exploited, according to the protocol established by Pemex.

In addition to the technological challenges that Pemex is facing at KMZ, there are also geological issues that need to be considered. “The three main fields – Ku, Maloob, and Zaap – are composed of three layers: a gas cap at the top, an oil layer in the middle, and a large water deposit at the bottom which connects the three reservoirs; therefore, in order for each reservoir to not be aected negatively, we follow a strategy of maintaining pressure through monitoring, and nitrogen injection in each of the three fields to prevent the rise of the water-oil boundary,” explains Alvarado Arellano. 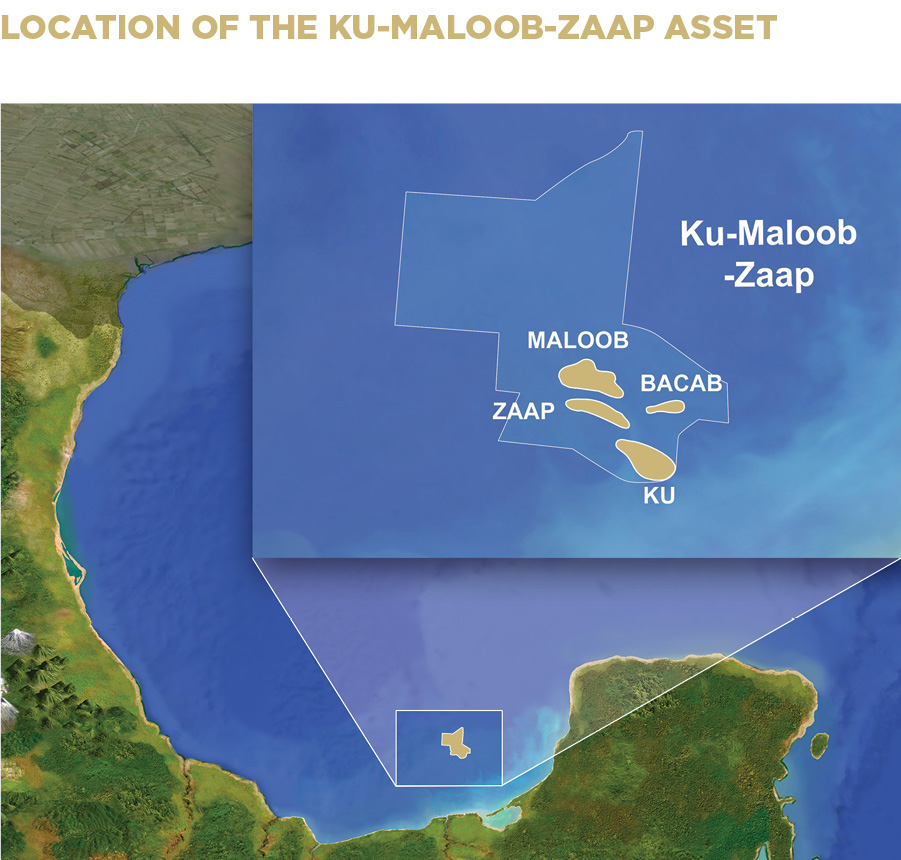 Furthermore, due to the importance and magnitude of the Ku-Maloob-Zaap complex – which produces one third of Mexico’s oil output – several domestic and international companies support Pemex to ensure that the most advanced technology is applied and customized to the particularities of the KMZ complex. “Currently, private contractors are not only providing material, tools, and equipment, but also technology that is first tested and implemented only after proving its eectiveness,” Alvarado Arellano adds.

Ku-Maloob-Zaap will continue to be Mexico’s most productive oil field in the near future, however, due to the resource limitations at the field, Alvarado Arellano believes that, by 2017, Ku-Maloob-Zaap’s production will decline, even though Pemex will try and maintain a constant production plateau for as long as possible.