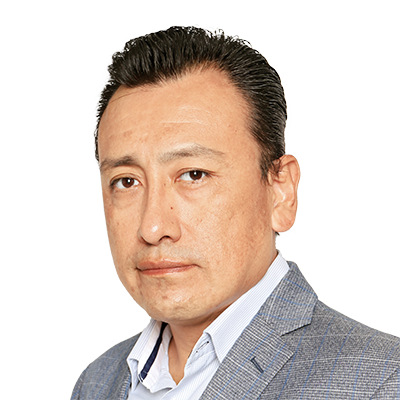 This year is practically ending. We have gone through several interesting challenges over this year and in some respect, we have continued some trends that originated in 2020, mostly related to the long pandemic and its impact in the way we have conducted business. The energy sector, and oil and gas in particular, is one area of the economy where I believe we have learned a great deal.

We have seen how the oil and gas sector has evolved and this is only the beginning; there is a great deal to do in the coming years to transform and fit into the energy transition. The industry also still has much to contribute to the economy and the people: We know for a fact that even as renewable energy continues to progress at good pace, we still depend in many ways on oil.

This year, we have seen as well how the supply chain has suffered because of the numerous lockdowns around the world at different times. Having Asia slow down first and then Europe and finally America has resulted in a crisis of depleted supply in many sectors. As a natural result of the supply/demand balance, the lack of inventories has increased inflationary pressure in practically all countries. The gas supply, for instance, has produced serious challenges and is impacting the cost of energy. Mexico is probably one of the countries where, given our weakness in energy security, we must lease at higher prices gasoline, domestic gas, electricity and many other sources, while the economic recovery seems to have reached a peak and is now slowing, adding more challenges to growth for next year.

Here, in my opinion, are some of the lessons we have learned this year in Mexico:

This year, we have seen the tremendous effort of the government to support PEMEX and CFE, despite their negative results and weak financial position, which in essence should not be bad. The problem is not in the resources these entities are swallowing but in the lack of a real reorganization of their business. Both PEMEX and CFE have profitable business lines but others require a divestment or separation so they can be handled differently. It is not a matter of deficient diagnosing of the problems. It is probably more the lack of real and long-term solutions. Most important is that the discussion so far has focused on the immediate problems instead of having a more extensive and serious discussion about the future of energy in Mexico, considering the energy transition and where we want to see the country in terms of energy security for the next couple of decades at least.

Eighty-five percent of the overall investment in Mexico comes from the private sector. Of course, the first condition required for any investment decision is certainty. There is no way a government can promote investment if this condition is not met in the first place. With frequent changes to rules, as in the case of the proposed electricity reform (which, fortunately, is on hold) the economy cannot aim for growth. As the IEA has stated, governmental policies are key to facilitating the energy transition and allocating enough resources to it.

The benefits from investment and production in oil and gas by allowing the participation of the private sector with the 2014 Energy Reform was gasoline to fuel the political stance of the government at the time, and especially, the timing of it. Everyone involved in this sector knows that the exploration and production cycle takes years to see the first barrel produced. I clearly remember the publicity and messaging when that Energy Reform was implemented. We heard that more competitors would bring down energy prices, but I do not recall hearing about the timing and how the market would eventually be impacted. This has caused a very unfair lecture on the value of private sector participation in the energy sector, which is not minor; we are talking about US$49 billion in total investment approved by CNH, with a little more than US$18 billion of investment already executed and 56,000 jobs generated. There have also been around 17 new discoveries that will add reserves to the country.

Commitment is not about meeting certain targets to look good. It is about being convinced about the need for a sustainable future and leading by example. The right fit for oil and gas in the future necessarily requires a serious effort to reduce the industry’s carbon footprint and contribute to the right balance between energy generation and the impact on the planet. Therefore, we have learned how important it is to have ESG at the top of the list for any business decision.

We have seen how big corporations are switching from being traditional leaders that are oriented to results and with vast knowledge of the market and its operations to leaders that are more oriented toward people, with skills focused on communication, motivation, inclusion, digitalization, analytics — a set of skills oriented to achieve transcendental changes and incentivizing innovation and talent development. In particular for Mexico’s oil and gas market, we have seen how difficult it has been for many organizations to live with this and allow succession plans to move ahead as rapidly as the market is demanding. We have seen cases of important groups with long track records in the oil industry experiencing severe continuity problems due to aggressive commercial decisions that in the past could be taken but not these days, where the range for making mistakes has narrowed, resulting in losses that rapidly destroy the business.

Planning a business always has challenges in the Mexican environment. We have learned how important it is to invest in digital solutions. The data available for analysis is increasingly extensive but also should be correctly managed and moving from different sources of information to more robust and automated solutions has been a challenge. This is highly linked to leadership styles, which must embrace change and constantly seek the right information with the right talent to analyze it, all in a more collaborative environment. The pandemic accelerated many changes and impacted the internal culture of organizations. We should keep preparing ourselves for more changes to come at even greater speed. In other words, we need to build agile cultures.

Many myths that kept us at the office have been demolished by the pandemic experience. Many studies conducted by HR consultants clearly indicate that remote work is here to stay. We have learned several lessons from this. We now can have more productive meetings, reduce non-productive discussions and sync our agendas assisted by technology. As well, we have learned that physical contact is always important to maintain empathy with our teammates and our clients and stakeholders. At the end of the day, we are social animals and we have evolved that way for thousands of years. Until more extensive studies demonstrate the long-term effects of remote working, we will probably continue working in a hybrid modality, combining remote with physical presence. It’s the right thing to do.

We are closing a stressful year in the energy sector in Mexico, with many discussions about controversial decisions that impact everyone, even though we do not realize how exposed we are to those decisions and the impact they have in our day-to-day living, from the cost of goods and services that highly depend on oil and gas to the cost of our next electricity bill. Next year, I’m positive that in spite of the efforts to enforce certain energy policies that clearly go against the direction taken by the developed world, the market and the dynamics of the economy will prove there is not much room for many of them.