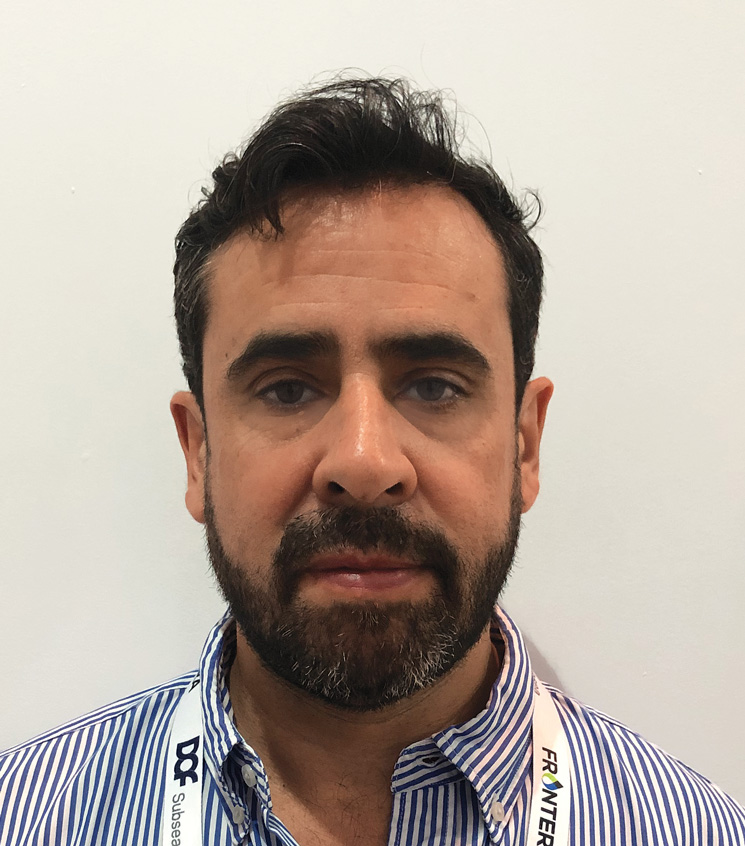 Q: How have your fleet management processes developed throughout the pandemic?

A: The pandemic redefined everybody’s plans, including our own. However, we were very lucky to have been able to get our new vessels from the shipyard in China to Mexico on time. Our first PSV, called the Peregrina, was delivered in late 2019 and arrived directly to a contract with Shell in Trinidad. It has continued to work nonstop in that region, despite having switched to a new client in Guyana, a Canadian operator called CGX Energy. We are one of the very few offshore shipowners serving the industry in Guyana. This country is considered a new and growing market with a great deal of potential in the short to medium term. That vessel has a healthy backlog of work there. Although the field is in Guyana, we sometimes transport loads and crews from Trinidad, since the operational landscape in that region is still very much under development. Nevertheless, thanks to ExxonMobil’s discoveries, the country is receiving a great deal of investment. Trinidad was closed down during the pandemic for almost a year and a half, so crew changes represented a significant challenge.

Our second PSV, called the Saguaro, came to Mexico and was registered under the Mexican flag. Immediately after, it entered into a two-year contract with Hokchi Energy at the port of Dos Bocas. The client has been very happy and is already asking us for more vessels.

Q: How have you reshaped your fleet acquisition plans during this same period?

A: We have decided to delay the delivery of our third PSV. We decided to do this due to an opportunity that presented itself during the pandemic. We were offered the opportunity to purchase a large pre-owned fleet, which would make us Mexico’s largest fleet owner by a significant margin. If finalized, with this acquisition we will be managing a fleet of approximately 35 vessels by the beginning of next year. As a result, we will be able to work in 12 countries, including the Southeast Asian region and the Middle East, along with the Caribbean and the GOM. This will also place us among the 15 largest offshore ship owners in the world, especially within the categories of specialized vessels. This fleet will include construction and maintenance vessels, along with supply vessels and other specialized categories. Obviously, the process of finalizing an acquisition of this size in the middle of a pandemic on the other side of the world   posed significant challenges. For instance, Singapore is still closed to travel to this day. However, we are now close to the end of this process and the acquisition has already been announced in Singapore.

Q: What role does PEMEX play in your development plans?

A: PEMEX used to be a safe haven for companies such as ours. Unfortunately, that is no longer the case. We are all familiar with some of the issues the NOC is facing, especially regarding payments. This is why we are not pursuing work with PEMEX. We believe that the NOC is on track to address and correct these issues and will continue to play a decisive role in the country’s future. For now, our relationship with PEMEX is on standby but we are definitely interested in working with them in the future. They are a very important client for a company like ours but there is no urgency or prioritization. We are simply waiting for the right opportunity to come through to collaborate with them, especially because by the end of 2022, we would be working in countries such as Kuwait, Qatar, UAE, Saudi Arabia, Singapore, Malaysia, Thailand, Indonesia, Brunei, Myanmar, The Philippines, Australia, Guyana, Trinidad and maybe even Brazil and some West African countries as well. We have managed to accomplish this in the two years since we founded the company. We are very proud of what our team has accomplished and want to make sure that we support that effort by working under solid contractual frameworks with the best available clients and partners.

E-NAV Offshore is headquartered in Mexico City with operations in 12 countries. The company was incorporated in July 2019 as a Mexican offshore support vessel owner and operator to service the Mexican and international offshore industry.