The Energy Reform has already had a far-reaching impact across segments, creating new opportunities as the market's opening widens. Seismic survey companies are among those that see a clear entry point.

The Energy Reform transformed Mexico’s oil and gas exploration segment through the creation of a multiclient seismic market that is able to cater to the needs of both PEMEX and new operators entering the market. Seismic survey companies are entering the country through Surface Recognition and Exploration Authorizations (ARES) issued by CNH, which allow them to offer these services in Mexico. The boom in seismic activity has been a catalyst of the success of Round One and is a vital cog in the ongoing development of a competitive oil and gas market.

“Some people might say the exploration market is depressed but Mexico clearly shows that this is not the case,” says CNH Commissioner Alma América Porres. “In the past two to three years, the total volume of 2D data collected equals an impressive 65 percent of all seismic data historically acquired by PEMEX. In addition, wide azimuth 3D data collection over the same period represents 2.5 times the volume historically collected by PEMEX. And the efforts continue, with 24 seismic studies underway and another 10 about to start.” Despite all this activity, onshore developments are still moving slowly amid challenges related to population, geography and protected areas. According to Porres, the risks and expenses involved in onshore seismic studies have stunted onshore multiclient seismic projects, which mostly involve processing and reprocessing of existing data. "Onshore data acquisition faces many hurdles, such as population, geography and protected areas, that are not present offshore," says Porres. "The next round to be announced will be focused on unconventional resources, which will create demand for this type of information, providing the necessary incentives for data acquisition. Making more and larger onshore blocks available in the upcoming licensing rounds is essential to accelerate onshore data acquisition." 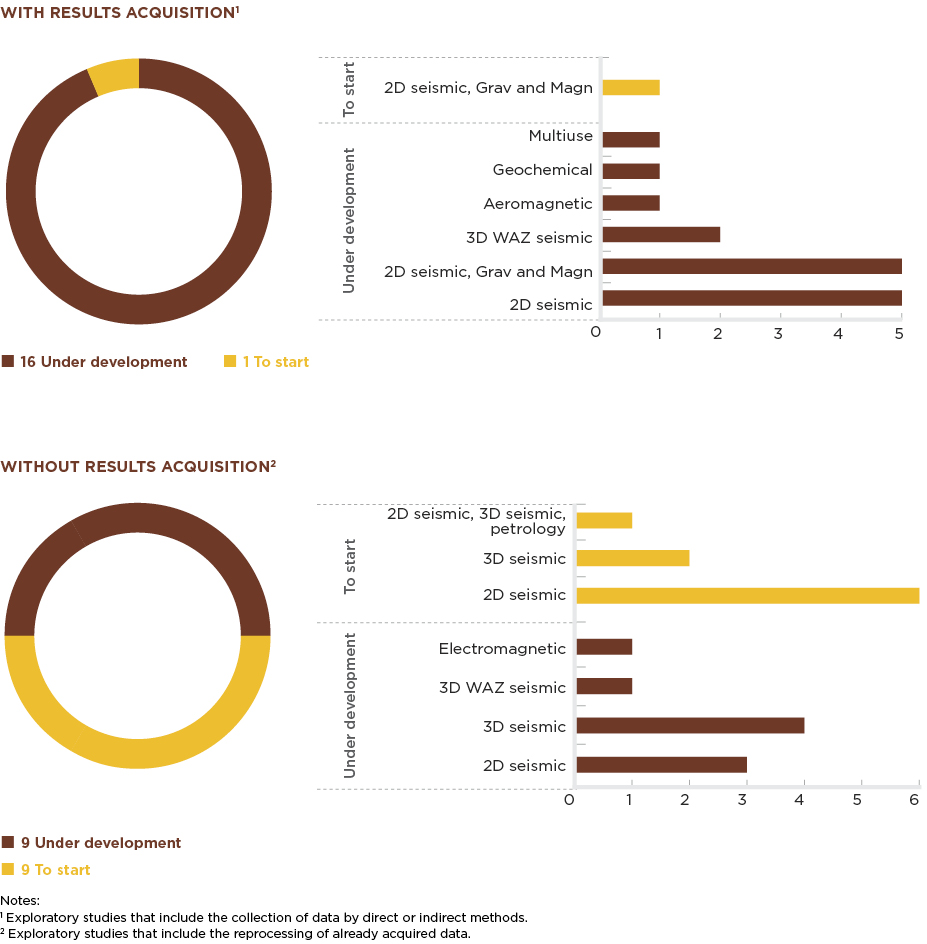 Offshore is a different story. The entirety of the Gulf of Mexico now boasts 2D seismic coverage, after various companies carried out regional studies using a range of data-acquisition technologies. A second wave of more targeted 3D wide azimuth is being acquired with a focus on areas such as the Perdido Fold Belt, Cordilleras Mexicanas and Salina Basin. A development in this area concerns the Ministry of Energy’s decision to allow bidders to nominate blocks for the licensing rounds, when previously PEMEX’s historical seismic data was used to determine which blocks were put up for auction.

“The new seismic data and the opportunity to nominate areas changes the industry’s dynamics and opens up areas that previously would not be considered,” Porres says. 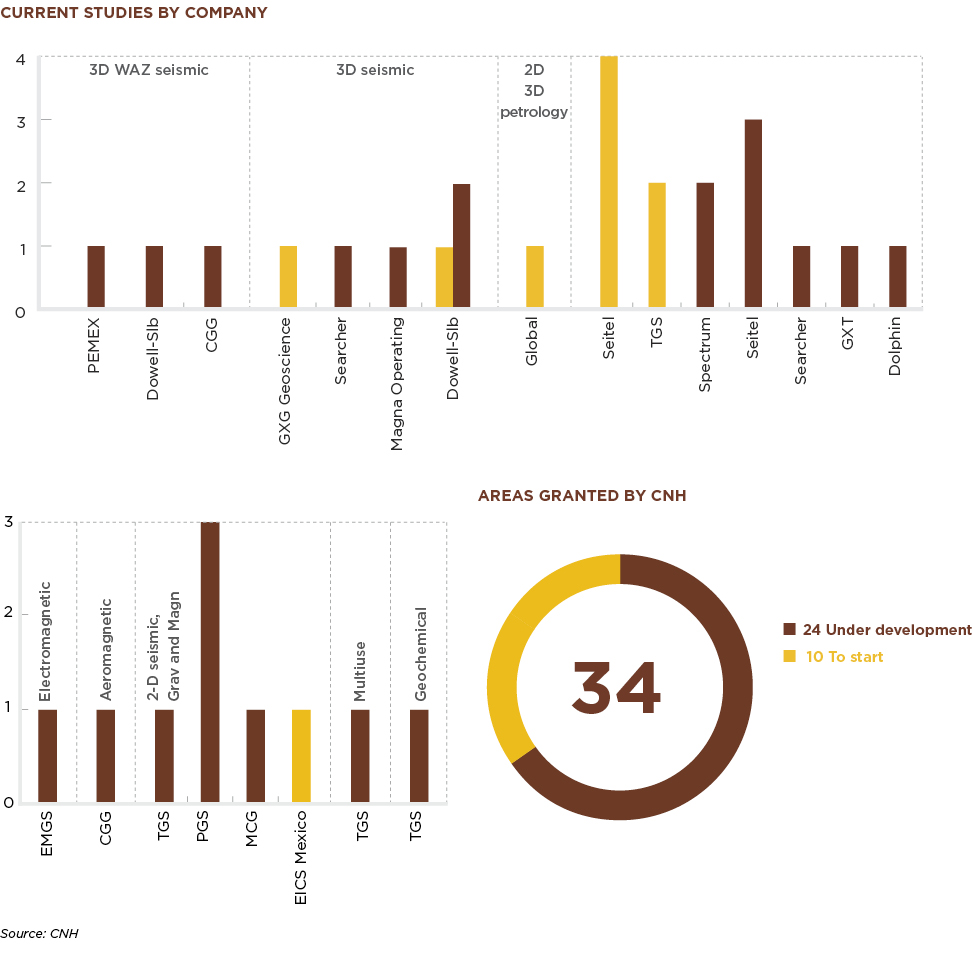