Since the 1990s, CIDE has been helping CRE to create a pricing system for the natural gas market in Mexico. During the research and analysis period, CIDE and its economists considered several models that could serve as a foundation for the model. Juan Rosellón Díaz, current Professor of Economics at CIDE, and one of the economists that led the analysis, explains the process of establishing the current model and the reasons it works in the Mexican market.

Changes in the regulation of natural gas in Mexico have been underway since the natural gas transportation and distribution market was first opened up to the private sector. “The CRE has tried several ways to open up competition in the natural gas market, so that prices could be optimized through market forces,” Rosellón Díaz explains. “Institutional and political constraints, as well as the fact that Pemex operates as a monopoly, have slowed those regulations from being fully eective. The privilege that Pemex has to control the entrance of new players, and establish where to allow competition, makes a free-market pricing model impossible. Supply and demand would not work as a price-setting strategy within the current configuration of the natural gas market in the country.”

“The fact that the monopolistic market allows Pemex to be both a player and a regulator in terms of price-setting created several loopholes within the structure that the CRE wanted to put in place,” Rosellón Díaz explains. “Competition is essential to develop the natural gas market in Mexico and introduce a market based price-setting mechanism.” Since the current configuration of the industry does not allow a free-market structure to set the prices, the CRE started looking for a dierent pricing model.

In order to develop an optimal pricing structure for the market, CIDE had to learn how the market worked in detail. “First of all, it is important to understand that there are three dierent types of markets for natural gas in Mexico: the commercial market, the industrial market, and the residential market,” Rosellón Díaz explains. Each market has to be analyzed separately to be understood completely, and then compiled into a unique model that would regulate the price of natural gas.

In terms of residential and commercial consumption, the main competitor for natural gas is liquid propane gas (LPG). “This product is very well established in the Mexican market,” says Rosellón Díaz. “Although natural gas is considered a substitute for LPG, the distribution and price advantage of LPG allows it to maintain a dominant position in Mexico’s residential market. CIDE and CRE together have conducted several studies on the prospects of natural gas replacing LPG in the residential market, which seems unlikely to happen in the short-term since LPG has a competitive advantage over natural gas.” In power generation activities in the industrial market, there are several other substitutes for natural gas. “Fuel oil is the most frequently used, however, the high level of emissions that it produces and the environmental regulations in place have pushed companies in the power generation market to use natural gas instead,” says Rosellón Díaz. “The analysis made by CIDE and the CRE indicates that the market will keep increasing its use of natural gas in the future instead of other alternatives.”

Once CIDE’s analysts fully understood the way the Mexican natural gas market works, they started analyzing possible alternatives for price regulation. “The first alternative analyzed was setting the price through the Noble Prize winning economic theory of netback pricing,” Rosellón Díaz explains. “The netback pricing model would allow us to establish a fixed benchmark price. This structure would not allow Pemex to determine or strategically influence the price, making the NOC a price-taker.”

The first options evaluated were similar energy sources in Mexico that could be used as substitutes: diesel, fuel oil, or LPG. “Both diesel and fuel oil were influenced directly or indirectly by the oil extraction process, which works under very dierent economic conditions, so they were ruled out of the feasible set of pricing benchmarks,” says Rosellón Díaz. “LPG was further analyzed, since its price was established through a benchmark process similar to the netback pricing model. However, the transportation of LPG does not really compare to the transportation of natural gas, which made the alternative a non-optimal one.”

Rosellón Díaz explains that the netback pricing model was the best alternative after the free market approach, since it would allow a relevant market to establish a benchmark price, and add transportation costs from the central node to the rest of the nodes in the system. The problem then was to determine which market would be the most relevant for the country’s natural gas sector. After analyzing several alternatives, CIDE suggested that the benchmark price could be established based on the Houston Ship Channel Index. “The alternative we suggested was to use the price at the Houston Ship Channel Index as the benchmark price and add the net transportation costs, which would depend on where the arbitration point – or central node – would be located,” Rosellón Díaz explains. “It made a lot of sense, since none of the substitutes in Mexico was really viable as a standard and the market has three dierent types of consumers, which made it di·cult to compare the natural gas market to other markets working under dierent conditions. The market in South Texas was also the most reasonable to use, since US supply and demand of gas directly aect the market in Mexico.” The arbitration point was set in Los Ramones, Nuevo León, since it is a central location from which gas flowing from the US and the north of the country could meet with gas coming from southern Mexico. “The fact that most of the gas production took place in the country’s southeastern regions, and production eorts were ongoing in Burgos, Tampico, and Veracruz, made Los Ramones the best location to obtain an balanced assessment of transportation costs,” Rosellón Díaz describes. “The arbitration point needed to be dynamic, central, and balanced, since any change in its location would aect prices and could make the whole operation’s profitability go down.” The netback pricing formula was set: the price would be set based on the Houston Ship Channel Index price to which transportation costs from Houston to Los Ramones would be added, and transportation cost from Los Ramones to distribution nodes, such as Ciudad Pemex, would be subtracted.

There is still one problem with this pricing model, which is not economic in nature, but relates to the regulatory framework under which the industry operates. “Currently, Pemex has the possibility of changing the location of the arbitration point in the company’s best interest,” Rosellón Díaz remarks. “They can change the location of the central node upwards or downwards to balance out the financial side of its projects. This is the reasonable choice to make for rational economic agents.”

“A way of undermining the risk of Pemex having the temptation to change the arbitration point would be to grant regulators such as the CRE additional power to control Pemex’s investment strategies, encourage it to produce more natural gas within the country and keep the arbitration point where it will optimize the country’s energy welfare, instead of the profits that could come from natural gas marketing,” Rosellón Díaz concludes. “If the regulator is given the power to set strategies focused on maximizing the country’s energy welfare, the pricing model will continue to optimize the market conditions.” 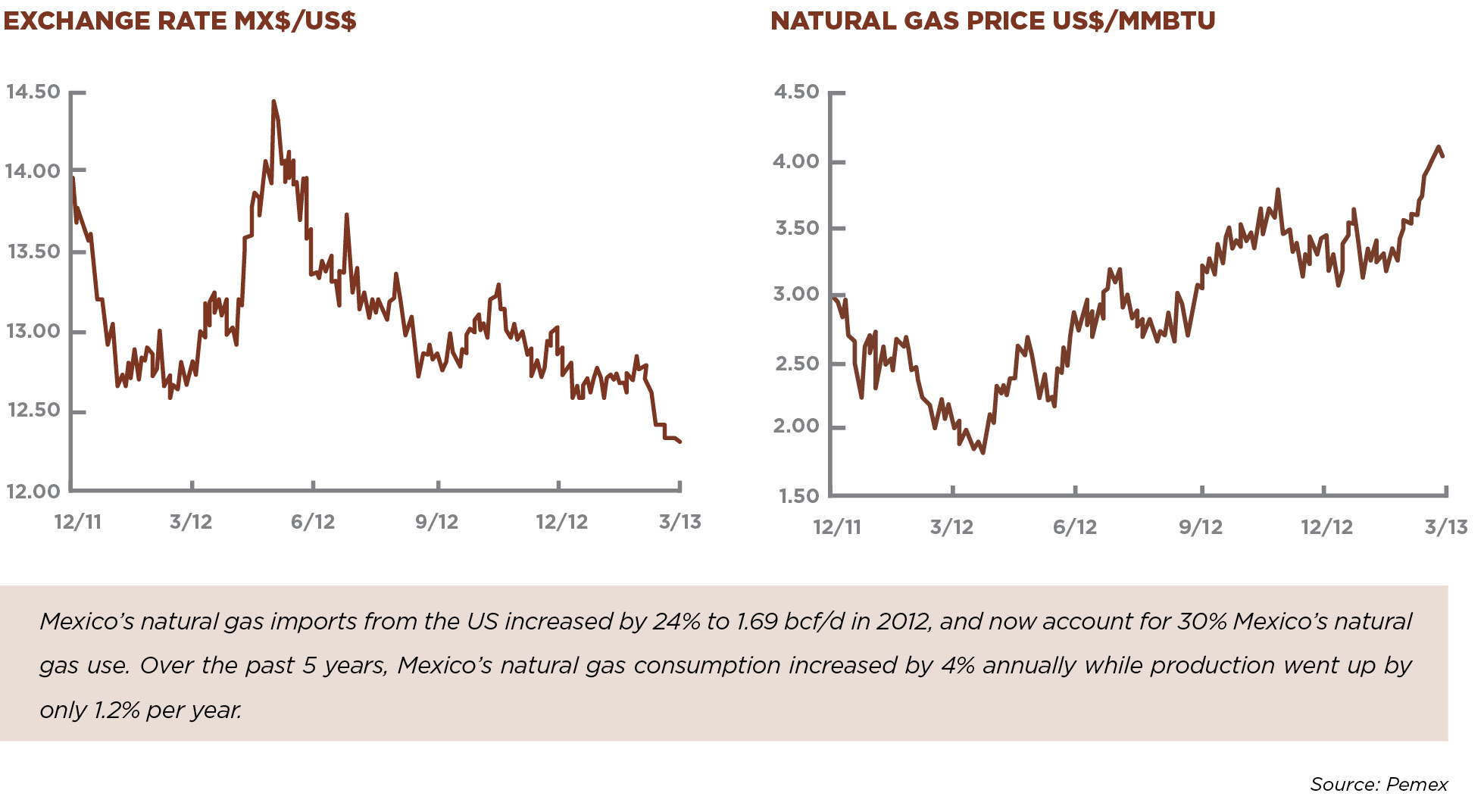