Gas flaring is considered to be one of the most significant sources of emissions from oil and gas installations. In 2014, gas flaring represented 3.8% of PEMEX’s total natural gas production, as compared to 1.9% in 2013, primarily due to the rapid advancement of oil and gas contact at the Ku-Maloob-Zaap project, the need for new wells at producing fields, and the development of an artificial lift system. PEMEX continues to implement programs to reduce gas flaring and improve gas extraction efficiency, including strategies to optimize the exploitation of wells with high associated gas content at the Cantarell project. 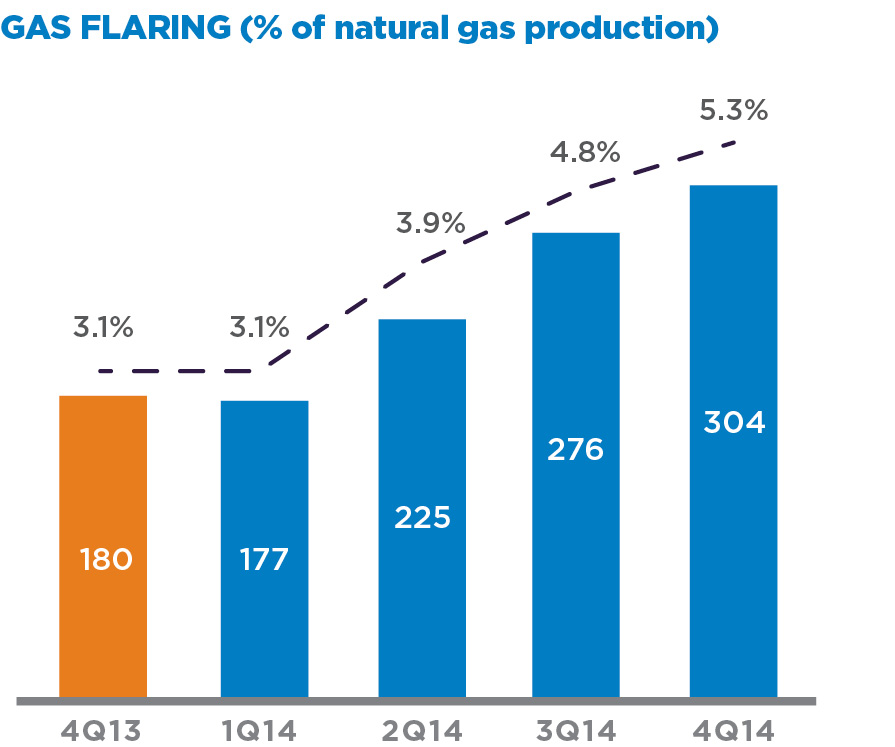 On June 6, 2012, the General Law on Climate Change was published in the Official Gazette of the Federation, with the objectives of regulating greenhouse gas emissions and reducing the vulnerability of Mexico’s infrastructure, population, and ecosystems to the adverse effects of climate change. In order to comply with the requirements of the General Law on Climate Change, PEMEX promotes policies intended to reduce greenhouse gas emissions, such as reducing gas flaring and fugitive emissions, implementing reforestation projects, and substituting liquid fuels for natural gas. The oil company also undertakes efforts to minimize the vulnerability of its operations to climate change.

PEMEX is participating in the World Bank’s Global Gas Flaring Reduction Partnership, as part of which the company conducted studies to identify opportunities for the use of natural gas in the Dos Bocas maritime terminal, the Atasta compression station, and the separation batteries located in PEMEX E&P’s Northern region.