Priorities of the Development Division

“The new development division is absolutely crucial for the success of Pemex E&P,” says its Director General, Carlos Morales Gil. “It has one single objective: to reduce the time between discovery and first production. If we cannot achieve this objective, then we will have failed, and this failure will show in our results in two years.” As an example of the success of this new division, he points to Tsmin, which was discovered by Pemex less than a year ago, but is already producing. “However, the real test for the Development division will be Lakach and Ayatsil,” says Morales Gil.

Elaborating on the design of the platforms at Tsimin, Morales Gil explains that the development division realized that it could simultaneously drill wells with dual rigs; either a platform and jack-up rig operating in tandem or with two fixed platform rigs. “This new development is completely production-driven,” explains Morales Gil. Other issues that the development division of Pemex E&P has been working on at Tsimin are the installation of separation systems for handling light oil, the next generation of compression systems, and well completion technologies. Morales Gil stresses that all these advancements are technology-driven.

One of the biggest challenges for the development division, according to Morales Gil, will come in contracting the technologies required for the development of its new fields. “Although the process established by the Pemex Law has given us a more robust contracting model, and a better way to analyze contracts, the problem lies in the approval stages that each contract must pass through within Pemex.” Under current laws, each contract must attain five separate approvals from various boards and committees within Pemex. Morales Gil hopes that through the restructuring of Pemex, two of these stages can be eliminated, so that the whole contracting process can be streamlined. “You could argue that these two additional approval stages add up to a lot of money in terms of reaching production as early as possible,” says Morales Gil. “The value added by these two extra approvals is minimal when compared to this.”

Despite the continuing challenge to optimize the approval process to contract new technologies, Félix Alvarado Arellano, Administrator of Ku-Maloob-Zaap (KMZ), explains that Pemex must follow the scheduled program for 2013. According to the KMZ Administrator, the program will cede exploration of new fields to the Pemex E&P exploration division, and after discovery they will be transferred to the development division, which will prepare and execute the development plan and later transfer the field to the relevant administration. For example, in the Ku- Maloob-Zaap complex, Arellano Alvarado explains that the development division will drill the Tson and Tekel wells, and after these have been drilled, completed, and connected to production infrastructure, they will be transferred to the Ku-Maloob-Zaap Administration for exploitation.

If Pemex follows its scheduled plan for 2013, the development division will have more independence and freedom to implement its own policies and processes without interference from other divisions. However, the CEO of CBM, Luis Vielma Lobo, believes that the number of divisions and the interaction between them does not add or decrease value: what matters is how those divisions are organized and how they collectively create value for the whole company. “What matters is how well organized the company is. If it is decentralized enough to make all kinds of decisions separately, but centralized enough to execute an integrated strategic plan, then of course it can be successful,” he argues. 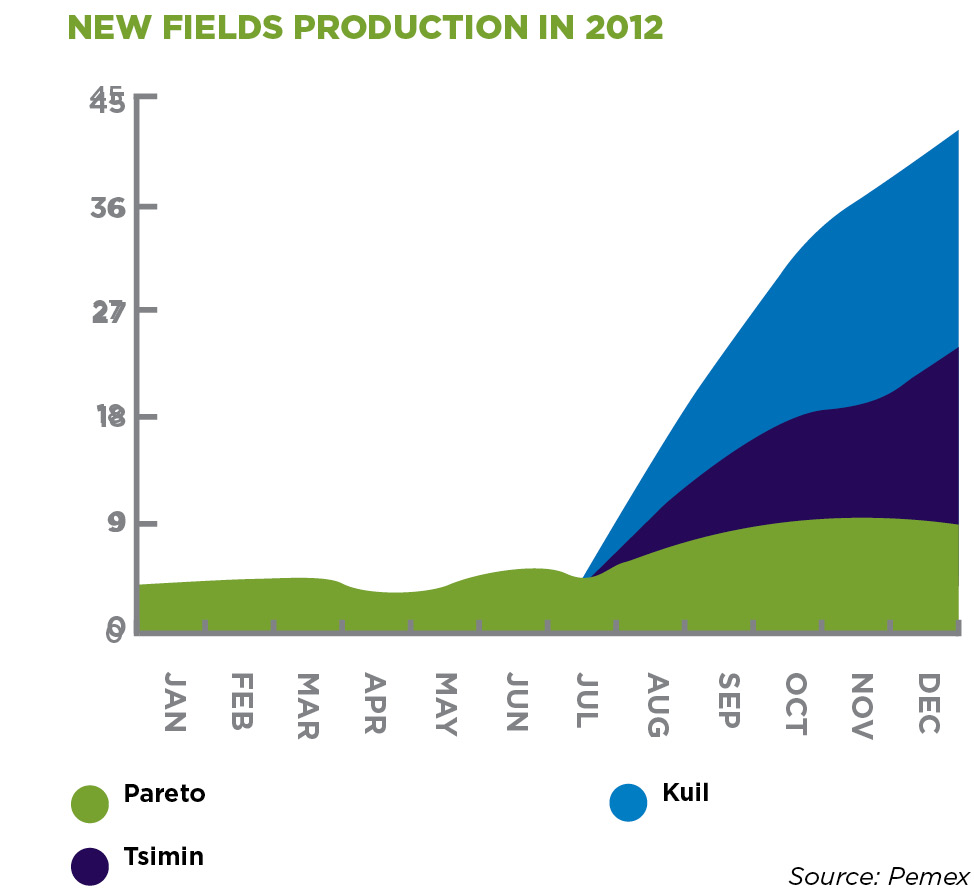