Pemex is currently ranked as the country with the 13th largest refining capacity in the world, totaling 1.69 million b/d at its six refineries spread across Mexico. Pemex has been able to refine this volume of crude since 2011, when its refinery upgrade program increased capacity from 1.54 million b/d. However, the challenge for Pemex in recent years has been improving the throughput levels, which have actually been in decline. From the 2009 peak at 1.295 million b/d refined in Mexico, the figure has dropped to 1.199 million b/d in 2012, despite the increase in overall refining capacity. This is also reflected in the production of petroleum products, which dropped from 1.470 million b/d in 2009 to 1.337 million b/d in 2012.

This highlights the challenges that Pemex is facing as the national oil company with a limited refining investment budget, in a country with a growing economy. Refinery upgrades will go some way towards improving capacity and hopefully refining throughput, but Pemex is now considering its next big move. The conventional move would be to invest in a new refinery on Mexican soil, which would both boost capacity the local economy. However, there are other, cheaper, and faster options available to Pemex, such as investing in an existing refinery outside of Mexico.

The investment in refining has increased year-on-year since 2008, when Pemex spent US$1.4 billion on its refining activities to US$2.3 billion in 2012. In its approved budget for 2013, this figure rises dramatically to US$4.5 billion which represents 17% of total Pemex’s total investment budget, of which 79% or US$20.5 billion goes to exploration and production.

The first quarter of 2013, Pemex Refining showed some signs of improvement: total crude oil processing recorded an increase of 3.6%, with the output of petroleum products increasing by 30,000 b/d. It will remain to be seen whether 2013 is the year that Pemex manages to significantly increase refining throughput in order to reduce imports and improve the financial performance of the division. 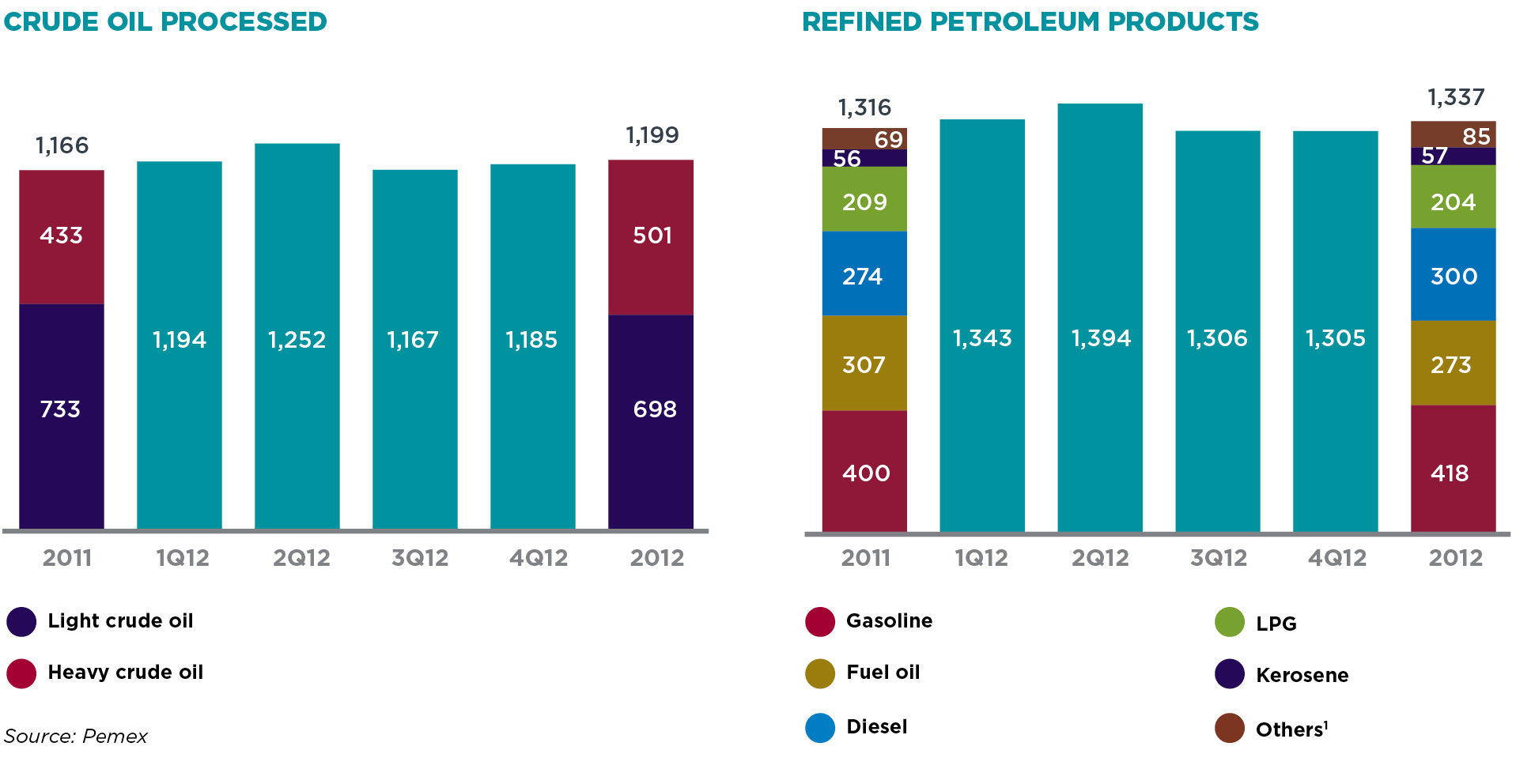