R1-L01 took place on 15 July 2015 and was referred to as a learning experience by President Enrique Peña Nieto. Out of 14 shallow water exploration blocks, only 2 were awarded, leaving the authorities with a 14% success rate, well below the 30% threshold for success. The Mexican consortium between Sierra Oil and Gas, Talos Energy, and Premier Oil came out as the winner of this round.

On 30 September 2015, R1-L02 oversaw the allocation of three out of five shallow water production blocks, an achievement that Juan Carlos Zepeda, President Commissioner of CNH hailed as satisfactory. He claimed that the 60% award rate effectively confirmed the successful advancement of the Energy Reform. Most companies participated as part of a consortium in order to meet the bidding round’s stringent requirements.

R1-L03, which took place on 15 December 2015, was a resounding success as all of the 25 fields were awarded. Tenders were done in two phases, with the fields with most reserves, known as type 2, allocated before the smaller type 1 fields. Of these, however, only 19 were signed for, leaving the six remaining ones open to the second bidders as a result of certain companies’ inability to meet requirements. 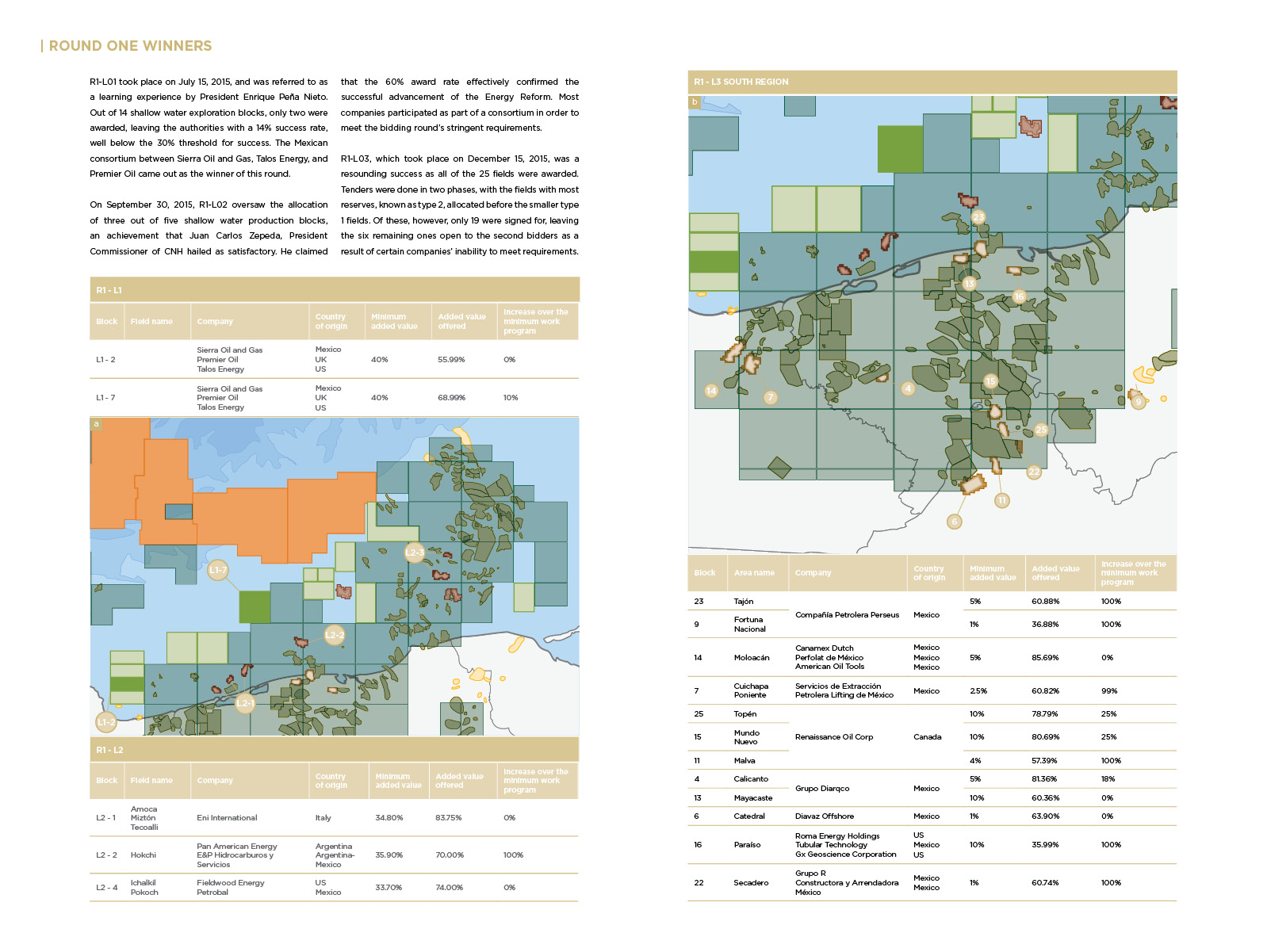 Tags:
MOGR 2016
Shallow Waters
Exploration
Round One
Production
Mexico
Share it, if you like it!
Suggest Hashtag