Seismic Surveys in the Gulf of Mexico

Seismic surveys are crucial to reducing oil companies’ margins of error in drilling operations, particularly in the costly deepwater arena where Pemex has set its sights. The surveys provide reliable data regarding the geological formations beneath the Gulf of Mexico’s seabed, including the depth and density of its dierent layers, the composition and solidity of the ground and the structure of the rock. Given the high financial stakes and small margin for error, these comprehensive images of the geological conditions, confirming or refuting the existence and magnitude of exploration opportunities plays a vital part in the exploration process prior to drilling an exploratory well. Throughout 2011, Pemex concentrated a substantial portion of its 3D seismic surveys on the Perdido area near the Mexico-US border where the company is planning to start drilling exploratory deepwater wells this year.

Carlos Morales Gil, Director General of Pemex Exploration and Production, explains that in 2012, the NOC’s exploration goals will continue to be focused oshore, in both shallow and deepwater. “The company will continue to explore in three main shallow water areas in 2012: First, the area of Tsimin-Xux, which was discovered two years ago; second, the heavy crude area around the Ayatsil discovery, and third, o the coast of Tabasco.” Morales Gil points out that the company will continue to explore the Gulf of Mexico’s deepwater potential during 2012, after having focused 90% of 3D seismic surveys on deepwater areas in 2011 compared with only 10% in shallow water areas. The NOC has hired specialized equipment for acquisition of 3D seismic data in deep waters through 2014. 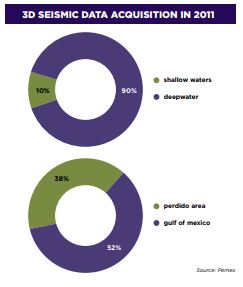 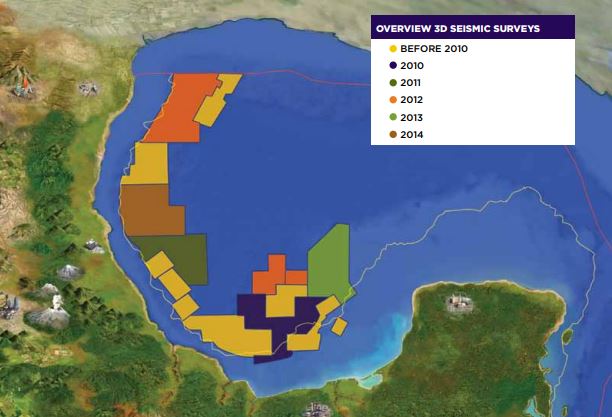