In general, 2014 was a challenging year for PEMEX, particularly in the areas of refining and petrochemical production. During the fourth quarter of last year, total crude oil processing decreased by 7.5% as compared to the same period in 2013. The company attributed the decline in production to scheduled maintenance cycles, non-scheduled maintenance, overhaul works, and operational problems that resulted from the quality of crude oil supplied by the producing areas. As a result of the decrease in the amount of crude oil processed, PEMEX registered a 4.7% decline in the total petroleum products output as compared to 2013. Natural gas processing and production also faced difficulties due to the decreased availability of sweet wet gas from the Burgos business unit, which resulted in a cutback of 1.4% compared to the previous year. In terms of petrochemical production, PEMEX saw a 143 million tonne decrease in production across its ethane derivatives chain, mainly due to the handover of muriatic acid and vinyl chloride production to the joint venture between PEMEX Petrochemicals and Petroquimica de Vinilo. Furthermore, PEMEX registered a production loss of 71 million tonnes in the methane derivative chain due to operational problems such as repairs, and a decrease of 100 million tonnes in the production of other petrochemicals, primarily as the result of a reduction in the production of sulfur and amorphous gasoline.

The year also saw PEMEX embark on a restructuring that should give far more dynamism to its downstream activities. In late 2014, PEMEX’s board of directors approved a complete reorganization of the company, transforming its four divisions into two companies, alongside the creation of five subsidiaries. With this, PEMEX now has two main divisions: Exploration & Production, and Industrial Transformation. Its five subsidiaries are now Drilling, Logistics, Fertilizers, Ethylene, and Cogeneration and Services. The change might have been the most sweeping for PEMEX Industrial Transformation, which takes on the previous duties of the former Refining, Petrochemical, and Gas and Basic Petrochemicals subsidiaries. Essentially, it is the post-Reform face of PEMEX’s downstream operations. The idea behind the fusion of PEMEX’s different processing entities is to allow the optimization of integral operations, the formalization of partnerships, the creation of new businesses, and the integration of research for the development of technology. According to the Director General of PEMEX, Emilio Lozoya Austin, the transformation is designed to optimize existing assets through integrated administration that does not involve additional expenditures. PEMEX Industrial Transformation is positioned to optimize refining processes and enhance the production of petrochemicals, as well as giving the company the foundation it needs to cope and compete with the newcomers entering the market as a result of the Energy Reform. Nevertheless, the company is still about to meet is greatest challenge as the drop in oil prices has forced it to rethink its original strategy.

The reduction in PEMEX’s budget will force the company to adjust its plans for reconfiguring its refineries and clean fuels projects. Before the budget cuts, PEMEX had already assigned US$62 billion to work that will surely be affected. The cuts are primarily focused on the refining area of the business because margins are substantially lower than those in exploration and production, the latter being a natural priority for a productive enterprise of the State that is seeking to maximize value creation. The adjustment made by the Ministry of Finance and Public Credit to PEMEX’s investment budget will provoke an important delay in the main refining projects that the company had planned. The main projects that had already been contracted and that were expected to be completed in three years or less are the construction and operation of ultralow sulfur diesel processing plants in Madero, Salamanca, Minatitlan, Salina Cruz, and Tula. Together, these represented a multi-year investment of MX$42 billion but they will now all suffer delays in their implementation.

Due to the fact that these contracts had been signed before the downfall in crude prices, PEMEX’s Board of Directors instructed the Administration Council to convoke all contractors in order to renegotiate the execution conditions of the projects, since some of them could be totally or partially deferred. Due to the financial implications this will have for all contactors, PEMEX announced that it is conducting every negotiation in strict accordance with the law in order to avoid discrepancies. The companies that suffered postponements in the execution of their contracts are ICA Fluor, Tecnicas Reunidas, Samsung Engineering, Foster Wheeler, and the ACS consortium, which is composed of Dragados and Cobra and was contracted for the modernization of ultralow sulfur plants. ICA Fluor and Tapia Construcciones also saw impediments in carrying out their projects since both are involved in various stages of the reconfiguration of the Tula refinery. Moreover, PEMEX was considering the modernization of three of its refineries in Salamanca, Tula, and Salina Cruz, which together represented a total contracting cost of US$186 billion. Strategically speaking, the cuts in PEMEX’s budget represent an obstruction in reducing the country’s economic dependence on oil exports.

One of the initiatives that is positioned to transform the downstream landscape in Mexico is Etileno XXI. This petrochemical project is the most ambitious of its kind in the Americas. Underinvestment in petrochemical infrastructure over the last 20 years has marginalized Mexico’s petrochemical capabilities, but this US$4.5 billion project owned by Braskem-Idesa has the potential to reactivate the industry. Etileno XXI consists of the development, design, financing, construction, operation, and maintenance of an ethane cracker and three polyethylene plants being installed in Coatzacoalcos, Veracruz. The project is now on the verge of completion and is expected to be fully concluded in the last quarter of 2015. “Etileno XXI is a project of great importance to Mexico, not only to bolster the petrochemical industry in the country, but also for job creation and its impact on the trade balance,” says Roberto Bischoff, Director General of Braskem-Idesa.

The project will allow Mexico to replace high and low density polyethylene imports to the tune of US$1.5 billion a year, partially satisfying the national demand with competitive domestic products. Etileno XXI is estimated to cover approximately 40% of total imports of polyethylene. It will also generate added value since it will take advantage of ethane as a petrochemical feedstock instead of being used only as a fuel. The construction of the three plants in Coatzacoalcos represents the largest investment in the petrochemical industry in North America in the last ten years. It is the largest ongoing petrochemical project in Latin America and the largest investment a Brazilian company has ever made in Mexico. Etileno XXI will undoubtedly help develop a modern Mexican petrochemical industry. PEMEX also has a stake in this project, as it is the only supplier in Mexico that can actually provide the amounts of ethane Etileno XXI requires to operate. At a time when the dominance of PEMEX is dwindling, the opening of Etileno XXI provides a concrete example of a future where private sector investments in the downstream segment can successfully create a sizeable market niche. 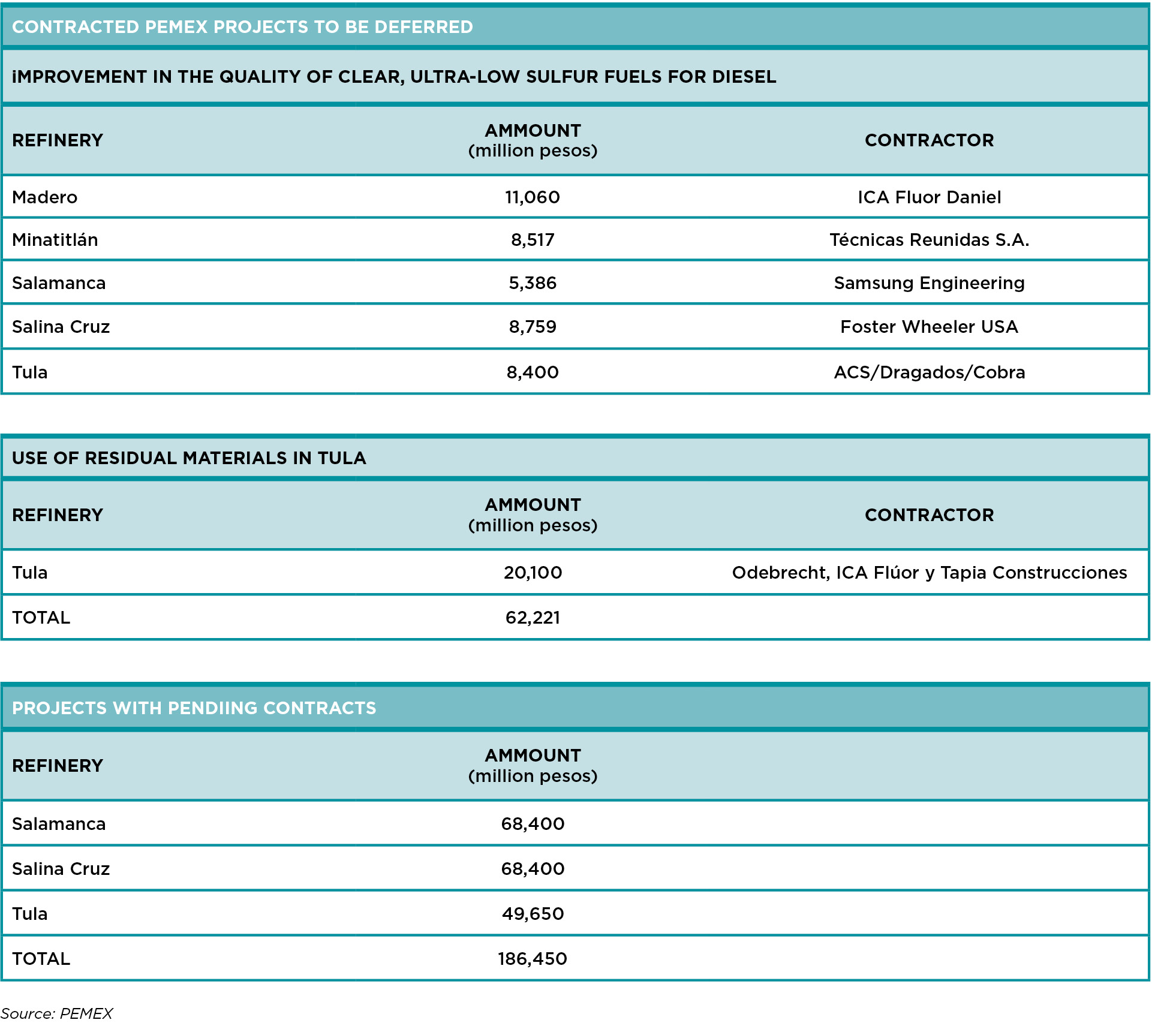