17 Years of Challenges Lead to Stability

In the last 17 years, Mexico has proven to be both a challenging and an attractive place for doing business. Solid economic growth and advantageous geographical features are incentives for investment, but the lack of a solid public policy represents obstacles for investors.

Since 2000, when Vicente Fox was elected president, Mexico has experienced its greatest economic stability in decades, which has helped change the external perception of the country. At the beginning of the century, while most countries in Latin America were focusing on internal policies, Mexico took a risk and opened up, following the economic approach of leading economies. Breaking into the new century with a different attitude abetted Mexico’s move up the economic ladder, placing it in the top 15 economies in the world, according to the World Bank GDP Ranking for 2016. This stability has allowed a propitious environment for economic growth and investment.

One of the main drivers of business opportunities in Mexico is its strategic location, since it is a neighbor of the world’s largest economy, is strategically located between Europe and Asia and acts as a corridor for Central and South America and the Caribbean. In addition, the Pacific Ocean, the Gulf of Mexico and the Caribbean Sea make Mexico the ideal place to establish manufacturing facilities and improve global distribution. With this geographic positioning, it is not surprising that Mexico has 12 free trade agreements with 46 countries, which give it the potential to attract business from virtually anywhere in the world.

Another advantage of the country is its competitive manufacturing prices. Fernando Garrido, Managing Director of TMF Group, believes that telecom, IT, automotive, finance and aerospace industries have the greatest potential among Mexico’s economic sectors. In fact, different manufacturing industries have created hubs in the country: the top medical devices manufacturers have settled in Baja California, the automotive industry in the Bajío and the aerospace industry in Queretaro, Chihuahua and Baja California.

Political alternation has also provided security for investors. Since 2000, Mexico has had three presidents from two political parties. Another attraction for business in Mexico is its massive population. Between 1980 and 2015, the population almost doubled, from almost 67 million in 1980 to 120 million in 2015. In addition, thanks to health policies, life expectancy increased from 73 years in 2000 to 76 in 2016.

However, despite the country’s sustainable development, there are social gaps that need to be supplemented by reforms that provide the ideal conditions for doing business. “The reforms represent an enormous legislative change. The objectives outlined during the [Peña Nieto’s] presidential campaign were achieved, but for all the legislative changes, implementation still has a long way to go,” says Ángel Junquera, Founder of law firm Junquera y Forcada, referring to the numerous reforms enacted by the Peña Nieto government after his election in 2012.

One the main obstacles for investment is corruption. Mexico ranks 28th among the 176 countries evaluated by the Corruption Perception Index done by Transparency International. The National Anticorruption System (SNA) was established in 2015, but there are no structural bodies functioning yet. “If corruption is the condition that hurts Mexican society the most, it is unacceptable that the SNA has not been completed and the anticorruption prosecutor has not been designated,” says Junquera. Also, Reynaldo Vizcarra-Méndez, National Managing Partner of Baker McKenzie, believes it is necessary to change the perception of the country to attract more foreign investment. “This will be achieved only through having a strong SNA and ensuring that laws are enforced,” he adds.

Another area waiting for reforms is the labor sector. Despite having a 120 million population, almost 30 million citizens work in informal businesses. This is almost 50 percent of the total active population, according to INEGI, so there is a need for a labor reform to integrate more people into the formal system. “Public policy should focus on the creation of employment. The reform [Labor Reform] should support recruitment systems and include fiscal stimulus… The included fiscal stimulus should be strong and promote formal employment but it should also gradually transform informality into formality,” says César Maillard, Manager Partner at Maillard, Cerbón, Canudas, Argumedo, Palma y Asociados.

This lack of formality and poor coverage of basic services relates to a limited access to opportunities, in many cases because of the low level of education reached by most of the population. According to INEGI, the average number of year for schooling in Mexico is nine. “The Educational Reform is fundamental for the future of the country. It is the main vehicle of transformation. Without it, we will not change anything,” says Junquera. Even though some changes have already been implemented, he adds, these have not reached the more needed communities.

Despite these difficulties, expectations in Mexico are high. Over the past 17 years, the country has demonstrated its ability to address the challenges and economic opportunities that have emerged and the adoption of structural reforms demonstrates this provision. This is further illustrated by projects such as the ZEEs and the multiple trade agreements that Mexico has with the major economies of the world, which in turn will shape the country’s macro-economic future. According to PwC, by 2050 emerging economies like Mexico, Turkey and Vietnam could overtake current top-ranking economies like the UK, France and Italy. Based on the different elements analyzed by PwC, Mexico will occupy the 7th place, above economic powers like Japan, Germany and Italy. 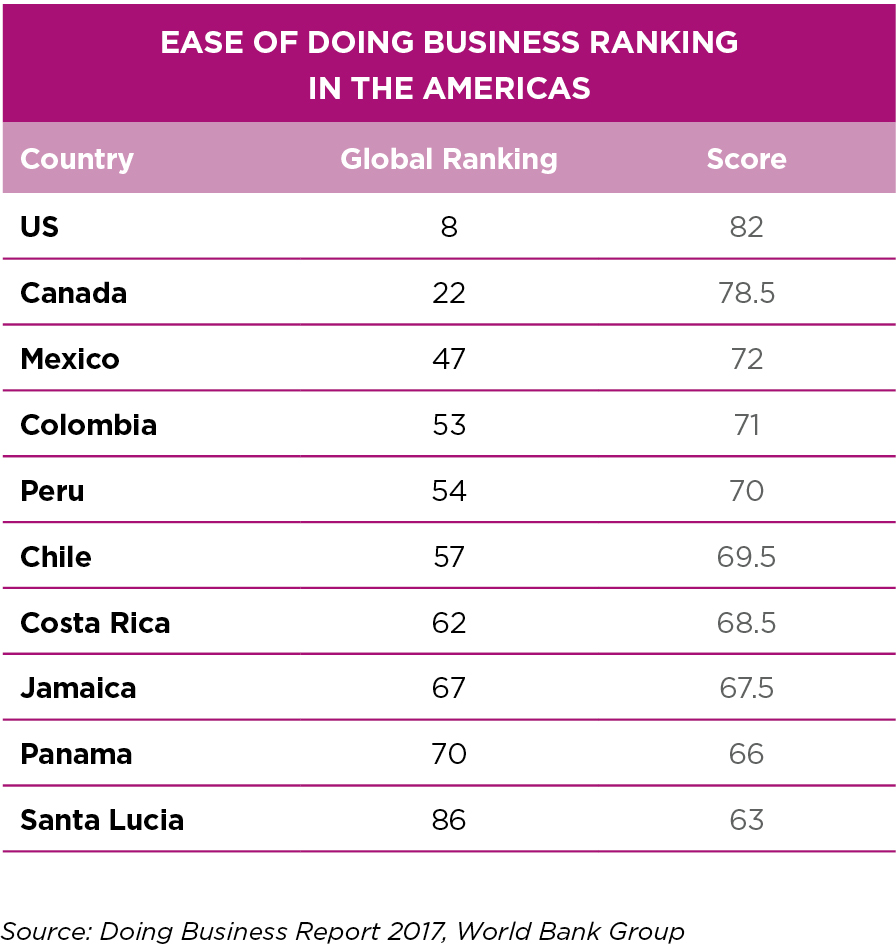