Santiago Nieto. President Andrés Manuel López Obrador said that he firmly believes in the former head of the Financial Intelligence Unit (UIF), Santiago Nieto, who López Obrador does not seem to have been involved in alleged acts of corruption. “If there is a complaint, then the proceedings have to be carried out, but that does not mean that the accused is guilty and, in this case, I do not believe that Santiago Nieto is involved in acts of corruption or abuse of authority.”

Nieto, a López Obrador ally, stepped down from his post in November amid a scandal related to his wedding in Guatemala.

COVID-19 cases. López Obrador acknowledged increases in COVID-19 infections in Mexico and said that the rise in cases was due to the omicron variant. However, he pointed out that there has been no increase in hospital admissions. He insisted that the number of deaths due to the pandemic has not increased despite the latest infections. “We have been following up on this new variant of the pandemic. It is very contagious but, fortunately, it does not have a level of danger. It does not do as much damage as the other variants. Yes, there are infections, but we do not yet have increases in hospitalizations that lead us to believe that it may overtake us, that we do not have the capacity to care for the sick.” López Obrador also revealed that two drugs are ready for approval by the Federal Commission for Protection against Sanitary Risks (COFEPRIS) that will help fight the disease.

Austerity plan. López Obrador will present an austerity plan to the National Electoral Institute (INE) that he says will allow the agency to carry out the Revocation of the Mandate referendum. The idea is that with this plan, INE can carry out the referendum on the López Obrador’s mandate since it has argued a lack of resources to carry out the democratic exercise. “We are interested in carrying out the Revocation consultation and we want the polls to be installed in all towns, so we are presenting this plan as a suggestion because we cannot force them to do anything,” said López Obrador. Some experts see the referendum, allowed under the Mexican Constitution, as a way for López Obrador to solidify his power.

Presidential plane. López Obrador announced that there is a proposal by a company to exchange the presidential plane for helicopters that are intended to be used to deal with fires in the country. “We are trying to sell the plane,” López Obrador, adding that the latest proposal is from a company that would like to “exchange some helicopters for the plane, and they are even helicopters that could be used to fight fires and we are analyzing that possibility, as long as the price is in line with the (plane’s) appraisal price.”

Diplomatic note. The president commented that eight months after sending a diplomatic note on the financing of organizations to the US, he still has not received a response. “There has been no response from the United States, and we will continue to request an explanation of why US funding is given to these organizations opposed to the transformation, those that are against us, the government that I lead.” 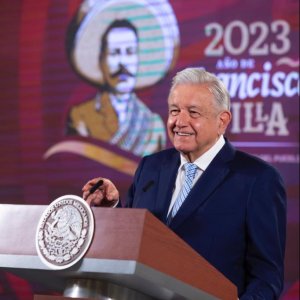 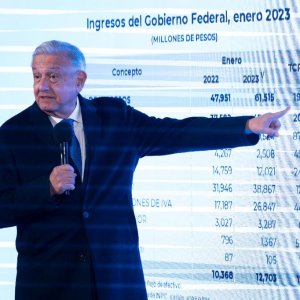 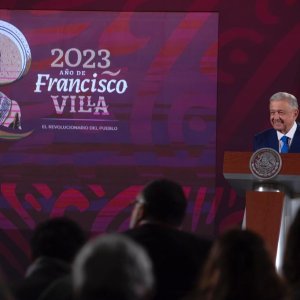