Historical heritage. President Andrés Manuel López Obrador presented the 2020 National Prize for Engineering and Architecture Awards to a petroleum engineer and a Benedictine friar. “I congratulate both of them for their commitment, work and contribution to the development of the country,” López Obrador said. López Obrador also reiterated the country’s commitment to conserving the country’s historical and cultural heritage, adding that his administration would continue to invest in the restoration and maintenance of pre-Hispanic and colonial sites. “We are committed to the conservation of our historical and cultural heritage. We know the importance of our history, which is the teacher of life. If we do not know where we come from, we will hardly know where we are going.”

Protection of megaworks. Ricardo Rodríguez, president of the Association of Engineers and Architects of Mexico (AIAM), asked that López Obrador rethink his decree that protects the administration’s mega infrastructure projects, including the Mayan Train, the Dos Bocas refinery and the Felipe Ángeles Airport, as matters of national security. Rodríguez called for transparency regarding these projects. “In this fight against corruption, we share their views. Universities and life itself have taught us to face adversity, to be competitive, to put ideas first before taking advantage of the scarce resources of Mexicans,” Rodríguez said.

In November, López Obrador decreed that public works were matters of national security, ostensibly to speed up their progress. But critics have come out against the decree, saying it eliminates transparency and that the decree itself is unconstitutional.

Inflation in Mexico. According to the National Consumer Price Index, prices rose 1.14 percent in November, bumping annual inflation up to 7.37 percent. This is the ninth month that inflation has risen above the Bank of Mexico’s preferred target of 3 percent +/- 1 percentage point. 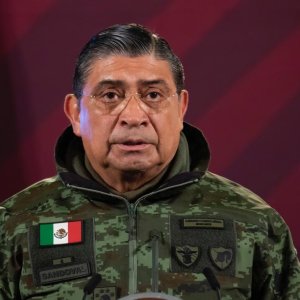