Tapachula: Witness to the Storm, Tranquility of Changes in Mexico

Life locates us in the immense and beautiful ocean we call time, which each and every one of us navigates through channels we call seas, with every sea that we select or that suddenly appears for us to sail through granting us its own invariable particularity that makes it unique in its peace and tranquility or unforgettable through its intense storms.

As stated in the previously published article, the year 2018 marked the beginning of a series of milestones established by key and fundamental facts and events in our context that resulted in substantive changes in factors that affect our environment today, in the way we live as people, as citizens, as economic units and above all, as human beings that inhabit a unique space called Mexico.

In 2019, the Soconusco region, Chiapas, and particularly its tractor municipality Tapachula, experienced not intense migration waves, but a true tsunami. However, a three-level surgical coordination between the government, people and international organisms that deal with the care of migrants was created to face with urgent attention the incipient situation with the best exits or solutions.

The collective resilience on the local level and with external agents arrived to solve the incident by determining common factors. I recall every protagonist and actor precisely defining the selected collective decision and the intense will to attend and serve with the best humane disposition these migration phenomena. I also remember the untrue trends in terms of the diffusion of reality. I understand that we human beings intrinsically take advantage of opportunities in a particular manner to position ourselves; however, to this last point I would like to make clear that this is not a matter for this article and I am not interested in the slightest to discuss it.

Alluding to the beginning of the caravans, on Dec. 1, 2018, four state executives created the Political Declaration of Comprehensive Attention to the Migratory Phenomenon. Thus, on May 20, 2019, ECLAC’s Diagnosis, Opportunity Areas and Recommendations to create counter-cyclical measures that address the migration issue was presented at the National Palace of Mexico. In this sense, the Economic Commission for Latin America and the Caribbean (ECLAC) and our head of the executive power of Mexico carried out the implementation of the Integral Development Plan (PDI) El Salvador-Guatemala-Honduras-Mexico.

That same month, May 2019, the Tapachula City Council received a statement from the General Directorate of Political Coordination of the Ministry of Foreign Affairs of Mexico to incorporate the City Council into an internationalization model aimed at strengthening its knowledge and capabilities concerning international links. Such incorporation would have to generate inclusion policies toward productive sectors and active actors in the area of ​​attention to economic development and migration.

The response of the Executive of the Tapachula City Council was expeditious and affirmative. In addition, the Titular Consul of Mexico in Quetzaltenango, Guatemala, joined this new model of internationalization, launching, with his valuable and committed mentoring, the steps to incorporate knowledge to strengthen skills and capabilities in terms of attention to migration issues, with a focus on establishing the development of a social market economy.

It is important to highlight the dynamic participation of the business sector. Curiously enough, in the same space where myriads of continental and transcontinental immigrants were attended in the month of August 2019, the “iSSCAT” Platform was born, an acronym for South Southeast Integration Central America Tapachula. This platform is a means, not an end. At the face-to-face Magna Installation Session, the executive of the Tapachula City Council stated to the plenary the Tapachula Manifesto of the “iSSCAT'' Platform as the means to strengthen the friendship and inter-municipal cooperation in South-Southeast Mesoamerica, aimed at the convergence of initiatives for development and compliance with the principles of the PDI ECLAC Mexico.

The actors present at the installation of the “iSSCAT” Platform were: The executive of the Municipality of Tapachula, Directors General of the Ministry of Foreign Affairs of Mexico, AMEXCID (Mexican Agency for International Development Cooperation), the Titular Consul of Mexico in Quetzaltenango, Guatemala, C.A., representatives of the Guatemalan ministries, particularly of economy, agriculture, livestock, education and plant health, the State Secretariat of Economy, the State Tourism Ministry, private multisectoral representatives of both countries, highlighted by the presence of the National Manufacturing Industry (CANACINTRA) of Mexico's agro-sector, representatives of the International Economic Support Agencies, and the education and research sectors of both countries. There were two full days of activities in which the concrete lines of action that comply with the four postulates of the PDI CEPAL Mexico were defined: 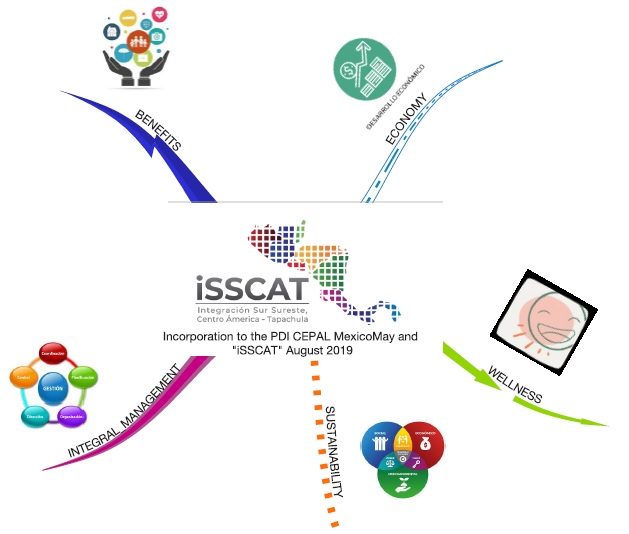 The proposal from PDI CEPAL México is based on four pillars defining the following basic principles of order also contained on the iSSCAT platform: 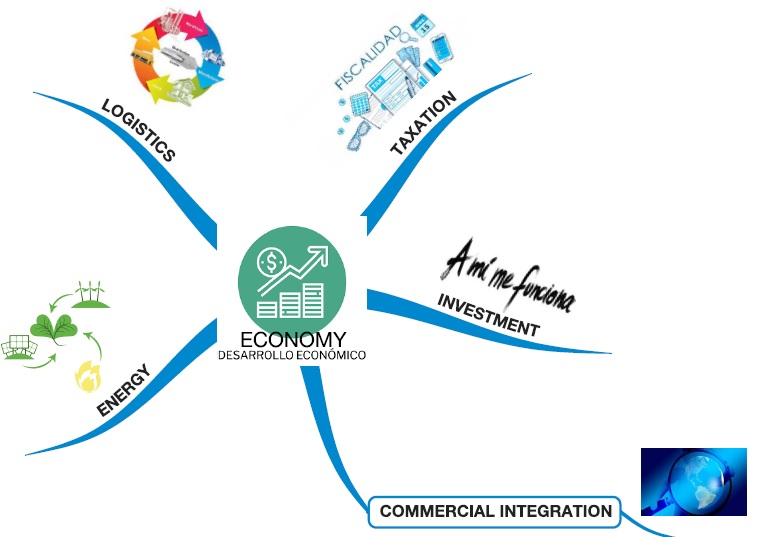 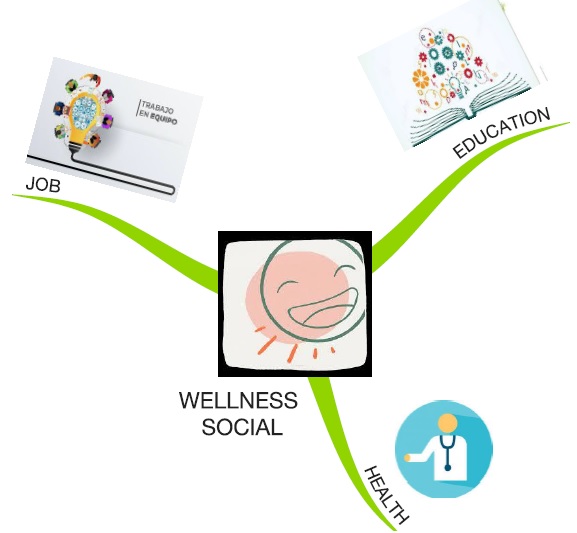 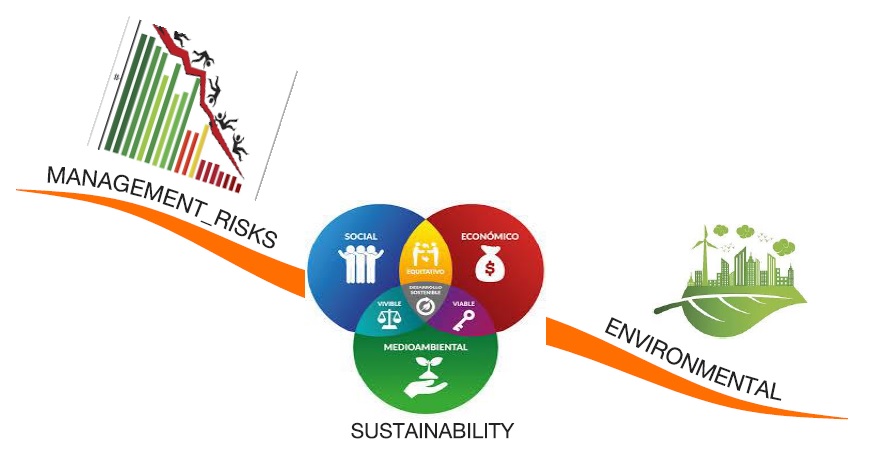 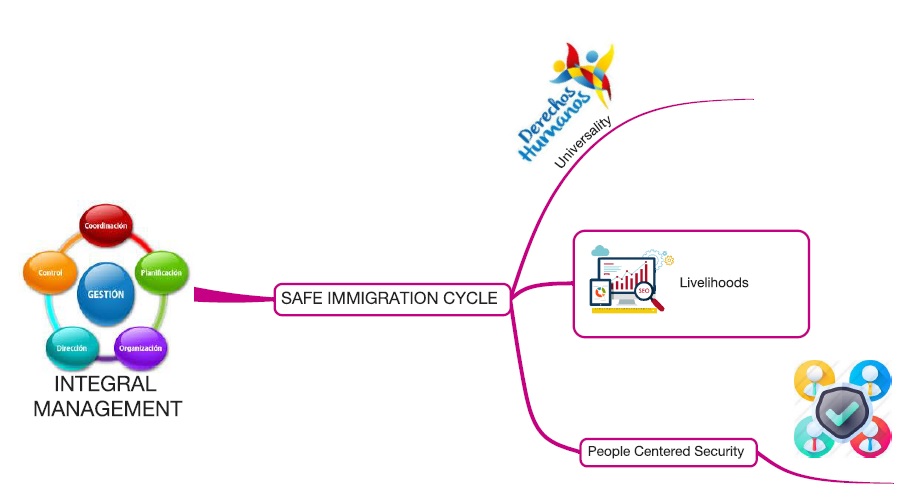 The completion of these four pillars of the PDI CEPAL Mexico will generate the following benefits:

It is very important to make it known that the “iSSCAT” Platform has an integrated, critical and valuable component called “The Quetzaltenango Consensus,” an initiative established and in operation by the Titular Consul of Mexico in Quetzaltenango, Guatemala, C.A., with a solid recognition and representation.

The “iSSCAT” Platform closed its installation and operation activities on Aug. 31, 2019, and issued the document called, “The Declaration of Tapachula,” where the first lines of action were determined by consensus. These are:

The foundations for the attention and response to the issue of the migrant caravans have been established and with international recognition and validity.

The attention and development of the new year, 2020, was lived and written in such a way that the context was unexpected, which we will make known in our next article.