Genaro García Luna, Mexico’s former Minister of Public Security, went on trial on Tuesday in Brooklyn, New York. The trial will cover García’s alleged involvement with Sinaloa’s cartel. He is the highest-ranking Mexican former official to face justice in the US for charges linked to drug trafficking and corruption. His trial, which is expected to last eight weeks, is starting three years after he was arrested in Texas.

García is being accused of trafficking cocaine, participating in organized crime and giving false statements. Prosecutors claim that he supported drug dealers to successfully transport drugs across the border. This case might also put the spotlight on Luis Cárdenas Palomino and Ramón Pequeño García, who are also accused for taking part in these crimes. The trial is also expected to reveal links between García and the US Drug Enforcement Administration (DEA) and the Federal Bureau of Investigation (FBI).

Some argue that the trial is likely to weaken the image of the PAN party before the 2024 elections. President Andrés Manuel López said on Tuesday that the media is not giving enough coverage to the case. “The media obeys and keeps silent, just as a vassal,” he said.

The trial is seen as a continuation of Joaquín Guzmán Loera’s trial, who was sentenced to life in prison in 2019. García’s trial is expected to be a watershed as he allegedly has deep knowledge of the drug war in Mexico due to his prior high-ranking positions. He was Mexico’s Minister of Public Security from 2006 to 2012. Before that, García was the head of the Federal Investigation Agency (AFI) from 2001 to 2006. He is sometimes referred to as the architect of the “War on Drugs” in Mexico, which started in former President Felipe Calderón’s administration. During Calderón’s six-year term, around 70,000 people were killed violently, the number of drug cartels increased and drug traffic did not cease.

“El Chapo” Remains on the Spotlight

In the middle of the turmoil generated by García’s trial, former Sinaloa’s cartel leader “El Chapo” continues to make headlines. Mexico’s Ministry of Foreign Affairs (SRE) is analyzing his request to return to Mexico. José Rodríguez, Guzmán's lawyer, said that his client feels mistreated in the US facilities and abandoned by Mexican authorities, since they had an obligation to review his status every six months. Guzmán also accused the government of Peña Nieto of violations in his extradition to the US, for which he asked López Obrador to repair the damage and return him to Mexico to serve his sentence. 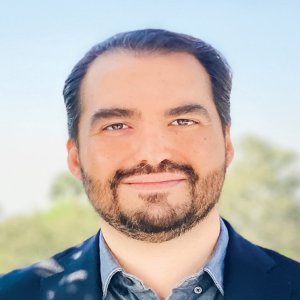 Dear Mexican Authorities, Prohibition Is Not the Way Forward