The private sector in Quintana Roo wants the Mexican government to grant Cancun a certificate as a “COVID-19-free destination.” Different hotel and travel agency associations are looking for a plan to reactivate national tourism as soon as possible. The Association of Tourism Ministers of Mexico (ASETUR) estimates the accumulated losses in the sector since the beginning of the COVID-19 pandemic are at MX$500 billion (US$20.9 billion). The same association reports that 20,000 restaurants have been closed in Mexico and 90 percent of tourism businesses have either closed or are unable to operate.

The country is preparing to recover its tourism sector, which contributes approximately 9 percent of its GDP. Nevertheless, it is doing so in an extreme difficult situation. According to the Deep Knowledge Group, a Hong Kong-based consortium of commercial and non-profit organizations active on many fronts in the realm of DeepTech and Frontier Technologies, the rapid expansion of COVID-19 in Mexico has placed the country in the Top 15 of the world's most unsafe countries to travel.

Mexico is ranked 14th on a list that places Italy at the top. Italy, a country that has seen the death of over 29,000 people, was the first European country to decree compulsory confinement of its population and the first to decide to put the health of its citizens above economic growth. After Italy, the most insecure countries to travel to according to Deep Knowledge Group are US, UK, Spain, France, Sweden, Iran, Ecuador, Philippines, Romania, Russia, Bangladesh, Mexico and India. 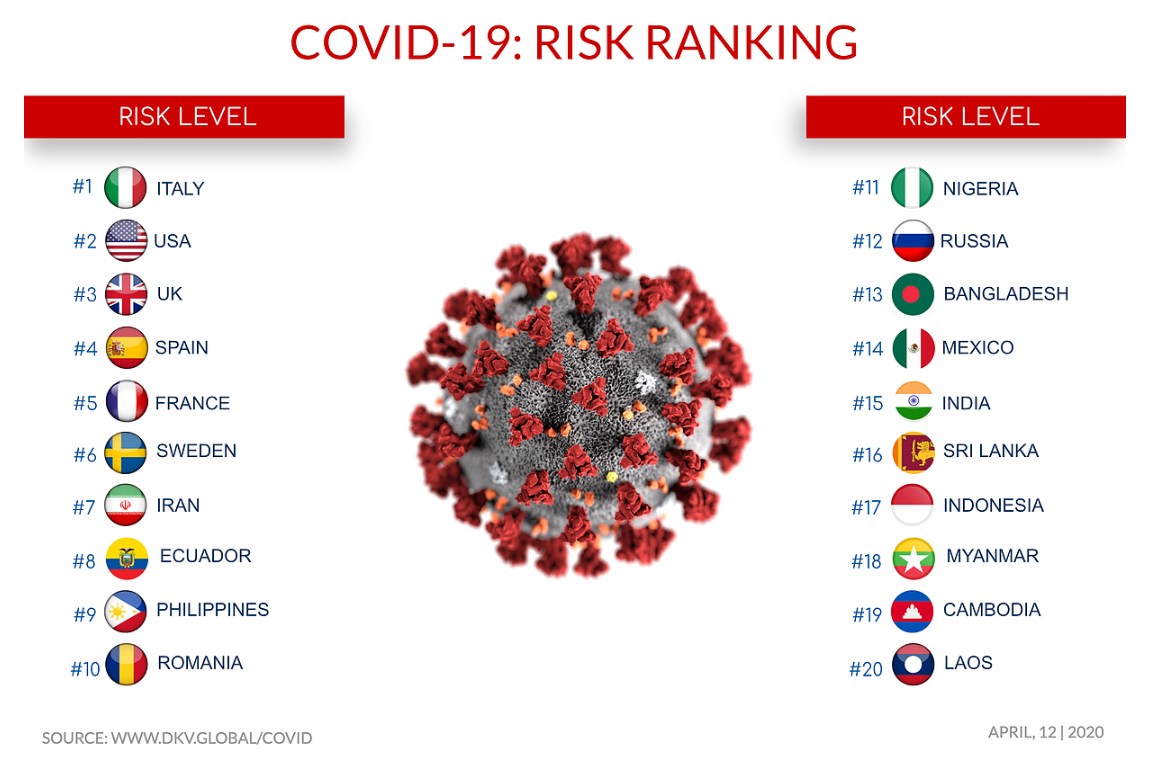 To develop the report, Deep Knowledge Group considered 70 parameters in 150 different countries, such as the speed of propagation of COVID-19, the measures implemented by different governments to control the situation, the state of health systems, investment in public health and the specific regional risks associated with each country. In many of them, especially in the state of public health and in the measures implemented by the government, Mexico does not comply with the requirements of the consulting firm, which does recognize the efforts made by the country in terms of mobility, taking into account that Mexico is the 10th most populated country in the world.

On the positive side, Deep Knowledge Group considers Israel the safest country in the world, followed by Germany, South Korea, Australia, China, New Zealand, Taiwan, Singapore, Japan and Hong Kong. As a curious fact, it is necessary to point out that three of the 20 safest countries in the world are led by women: Angela Merkel in Germany; Jacinda Arrern, in New Zealand and Erna Solberg, in Norway.