After covering all expenses and possible contingencies, companies with extra cash can also contribute to solving the crisis through donations. That is the case for some of the world's most famous entrepreneurs who decided to donate part of their personal fortunes to fight COVID-19.

At the beginning of the crisis, one of the first donation announcements came from someone who in 2015 warned us that the world was not ready for a pandemic: Bill Gates. Through the Bill and Melinda Gates foundation, Gates donated part of his fortune to the US Centers for Disease Control and Prevention and to the World Health Organization (WHO).The amount is constantly changing because the foundation is also committed to the cause in Asia and Africa, where Gates has donated US$100 million of the US$103 billion in its personal fortune, according to data from the Bloomberg Billionaires Index.

Until now, the biggest donation has come from Jack Dorsey, who will donate US$1 billion of his shares in Square. However, the also Co-founder of Twitter used this same channel to communicate that “after we disarm this pandemic, the focus will shift to girl’s health and education and UBI,” adding that this pledge represents about 28 percent of his wealth as he owns a net worth of about US$3.9 billion, according to the Bloomberg Billionaires Index.

Also, Amazon’s Jeff Bezos, the world’s richest person, will donate US$100 million to Feeding America. Facebook CEO Mark Zuckerberg and his wife Priscilla Chan announced that their foundation will be donating US$25 million to the COVID-19 Therapeutics Accelerator to help speed development of virus treatments. 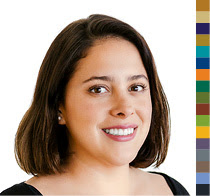